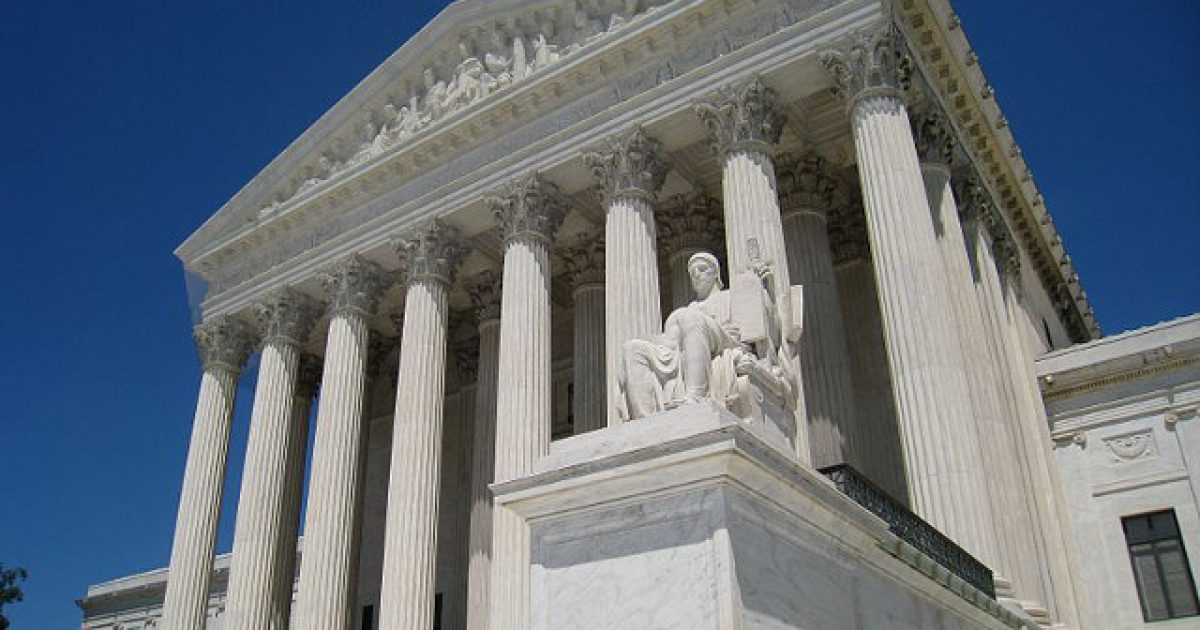 The Supreme Court continued to assault the progressive agenda on Wednesday after ruling in favor of a public sector employee who refused join a public union and objected to paying union fees that were automatically taken from his paycheck.

The decision was written by Justice Samuel Alito who said “states and public-sector unions may no longer extract agency fees from nonconsenting employees.”

You would think that taking someone else’s money for something they didn’t want to participate in would automatically be considered wrong and immoral, but hey, welcome to liberal America in the 21st century.

The case involved Mark Janus, a child support worker in Illinois, who would not join the American Federation of State, County and Municipal Employees, which represents state employees. He would not pay the $45 union fee (known as an “agency” or “fair share” fee) the union demanded every month from his paycheck.

The right of the union to collect the fee was based on the SCOTUS decision in Abood v. Detroit Bd. of Ed. That decision permitted a union to charge only for services from which nonunion members benefited, including negotiating and administering a collective bargaining agreement and handling grievance procedures, as marketplace.org noted.

But the Supreme Court reversed the Abood decision, ruling that Janus was “undisputedly injured in fact by Illinois’ agency-fee scheme and his injuries can be redressed by a favorable court decision … The State’s extraction of agency fees from nonconsenting public- sector employees violates the First Amendment. Abood erred in concluding otherwise, and stare decisis cannot support it. Abood is therefore overruled.”

Slamming the Abood decision, the Court wrote, “Abood was poorly reasoned, and those arguing for retaining it have recast its reasoning, which further undermines its stare decisis effect.”

Here’s more of what SCOTUS had to say on the matter:

Forcing free and independent individuals to endorse ideas they find objectionable raises serious First Amendment concerns. That includes compelling a person to subsidize the speech of other private speakers … Neither of Abood’s two justifications for agency fees passes muster under this standard. First, agency fees cannot be upheld on the ground that they promote an interest in “labor peace.” The Abood Court’s fears of conflict and disruption if employees were represented by more than one union have proved to be unfounded: Exclusive representation of all the employees in a unit and the exaction of agency fees are not inextricably linked. To the contrary, in the Federal Government and the 28 States with laws prohibiting agency fees, millions of public employees are represented by unions that effectively serve as the exclusive representatives of all the employees. Whatever may have been the case 41 years ago when Abood was decided, it is thus now undeniable that “labor peace” can readily be achieved through less restrictive means than the assessment of agency fees.

Second, avoiding “the risk of ‘free riders,’ ” Abood, supra, at 224, is not a compelling state interest. Free-rider “arguments . . . are generally insufficient to overcome First Amendment objections,” Knox, su- pra, at 311, and the statutory requirement that unions represent members and nonmembers alike does not justify different treatment. As is evident in non-agency-fee jurisdictions, unions are quite willing to represent nonmembers in the absence of agency fees. And their duty of fair representation is a necessary concomitant of the authority that a union seeks when it chooses to be the exclusive representative. In any event, States can avoid free riders through less restrictive means than the imposition of agency fees.

This is a huge blow for Democrats, many of whom use unions and union leaders to rally votes during important elections. However, it’s a great victory for those of us who love the idea of freedom and personal choice, which hopefully is the majority of folks in our country.

Anytime someone is forced to participate in something they want no part of, liberty takes a massive blow, which is one of the many reasons Republicans were opposed to Obamacare, which forces individuals to purchase a specific product or else be penalized.

Let’s hope these awesome decisions keep rolling out of the Supreme Court, shutting down the leftist agenda.