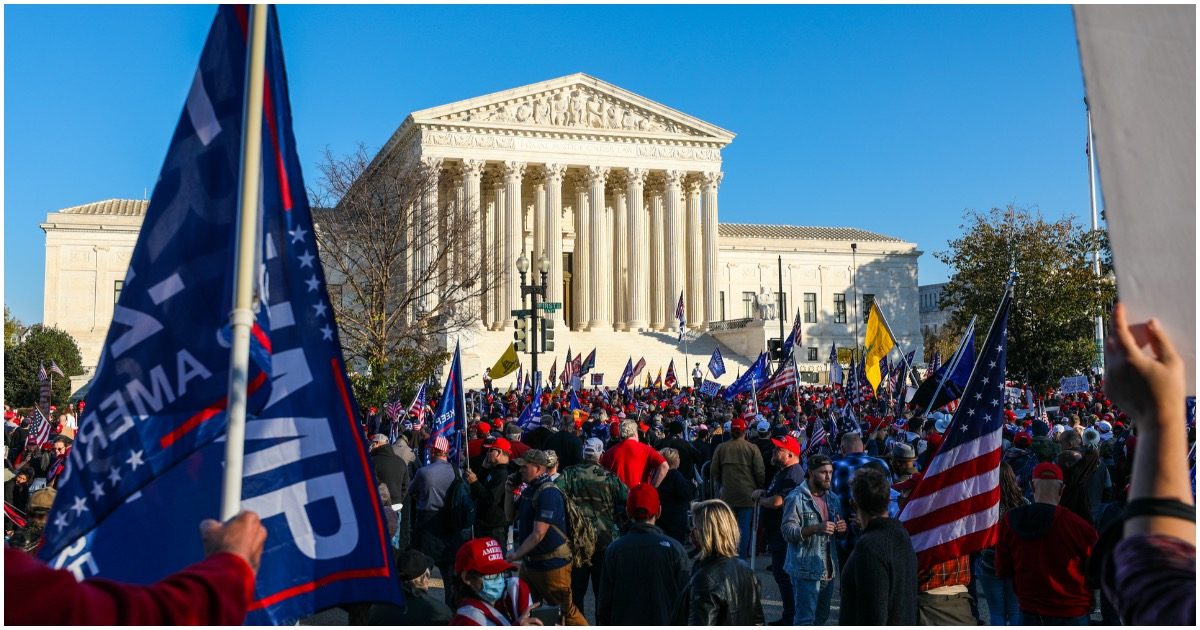 The nine justices of the Supreme Court are making it clear that they want nothing to do with the 2020 presidential election. Well, maybe not all nine – but you get the idea.

Here’s the latest news out of SCOTUS, late on Friday evening – via Fox News:

The Supreme Court has denied a Texas effort Friday that would have essentially nullified the presidential elections in Pennsylvania, Michigan, Georgia and Wisconsin.

“The State of Texas’s motion for leave to file a bill of complaint is denied for lack of standing under Article III of the Constitution,” the Supreme Court’s order reads. “Texas has not demonstrated a judicially cognizable interest in the manner in which another State conducts its elections. All other pending motions are dismissed as moot.”

The order does not foreclose any other pending or future election appeals at the Supreme Court, but time is running out. The states meet next week on Dec. 14 for the Electoral College exercise. And on Jan. 6 there will be a joint session of the House and Senate to count the electoral votes and certify President-elect Joe Biden as the winner.

Justices Samuel Alito and Clarence Thomas said they would have heard the case — without granting other relief, like issuing an injunction on electoral proceedings. They added that they expressed “no view on any other issue.”

Not over. And that’s not “undermining democracy” —that’s evaluating the constitutionality of ACT 77 in Pennsylvania. That’s investigating the vote swap in Antrim County Michigan. And investigating Dominion. THE US CONSTITUTION ALLOWS FOR THIS (inc electoral college vote swaps)

Rudy & company would NOT have traveled state to state, presenting evidentiary testimony for each of those states (respectively), if they thought the Texas challenge was the be-all, do-all, end-all of all time.

Keep the faith…for now.
But #BeReady

Stay tuned for more. Until then, enjoy this hilarious tweet from a “reporter,” clearly showing media bias…