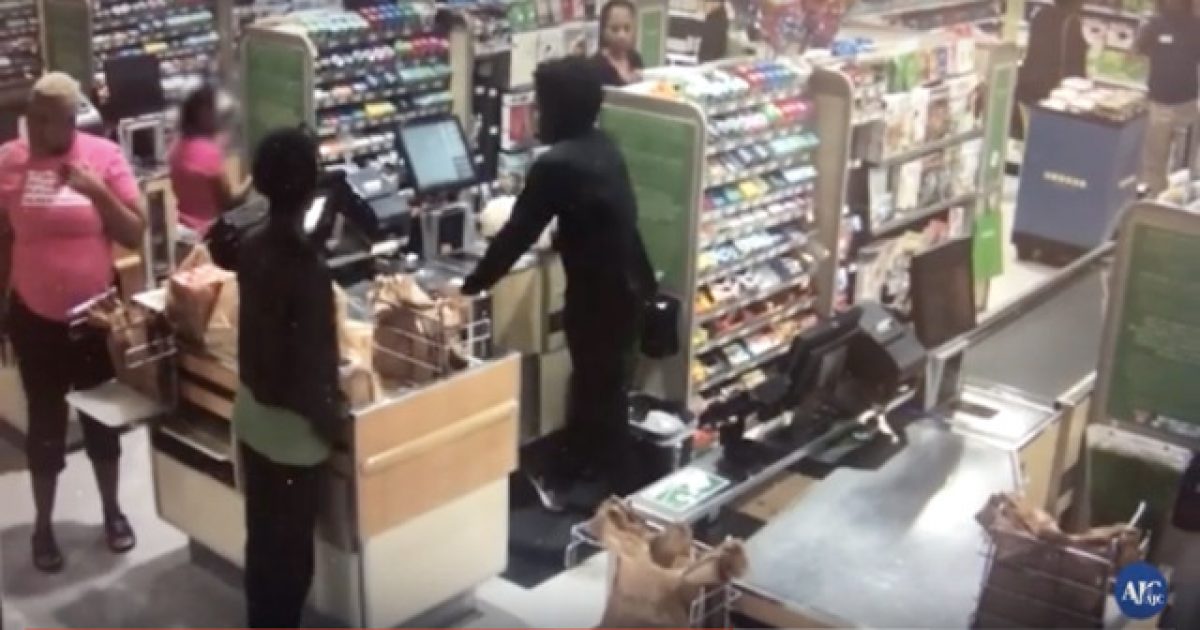 Surveillance footage from the incident at a Publix store in Georgia where Democratic State Rep. Erica Thomas alleged she was told by a white man to “go back” to where she “came from” has officially been released to the public.

And the footage definitely does not support her account of the events that unfolded.

Via The Daily Wire:

In the footage, which has no audio, Thomas explodes at the “white man” — a self-described lifelong Democrat of Cuban descent named Eric Sparkes — after he confronts her. Wearing a pink “I Stand With Planned Parenthood” T-shirt, the Georgia lawmaker appears to be yelling and pointing at Sparkes as he walks away.

It’s unclear what Thomas is saying to him, as there is no audio. But according to a witness, the Publix manager, it was Thomas who told Sparkes to “go back” to where he “came from” — not the other way around, as she tearfully alleged in her post.

At 11pm on @cbs46 hear a #Publix manager and witness give her account of the grocery story confrontation between @itsericathomas & Eric Sparkes. PREVIEW⬇️ pic.twitter.com/jkNR4dQmvs

“This woman is playing the victim for political purposes because she is a state legislator,” claimed Sparkes, who has admitted to calling Thomas a “lazy b****.” “I’m a Democrat and will vote Democrat for the rest of my life, so call me whatever you want to believe. For her political purposes, make it black, white, brown, whatever. It is untrue.”

Here’s another video, this time with Sparkes’ account overlapped with the recent footage just released.

This is a prime example of a Democrat who has caught on to the kind of weapon these faux hate crimes can be when it comes to helping them further their political careers. It’s sickening and disgusting to see so many folks trashing someone else’s reputation for the sake of making more money or achieving some goal.

The damage done by Thomas to this man’s good name can never be fixed. It will always be marred to some degree by the allegations she made.

As a result, Thomas needs to be held accountable for her actions. She should immediately resign from her post and issue a public apology to everyone involved in this horrible incident.

Buttigieg Drops Insane Amount Of Money On Private Jet Travel. The Irony Is, He’s A Fan Of Green New Deal.

Jeffrey Epstein Found In Fetal Position In Jail Cell, May Have Attempted Suicide