Elon Musk Posts Photo of Bedside Table, And the Left Won't Like What's on It: 'Let the Tears Start Falling Like Rain'

Don't Give Your Money to People Who Hate You: These Companies Pulled Advertising When Elon Musk Brought Back Free Speech

Code 'Red': The World's Largest Active Volcano Has Erupted for the First Time in Decades

Kanye On Infowars: Insults Jews, Blacks And His Own Face
The Lid
The Clear and Present Danger of One Voice
The Black Sphere

California is a sanctuary state.

They don’t turn illegals over to the federal government. Instead, they protect them.

First, Kate Steinle was killed by an illegal in San Francisco.

She was one of many, no doubt.

It is now being learned that a California police officer, Ronil Singh, was killed by an illegal.

The alien is still on the loose: 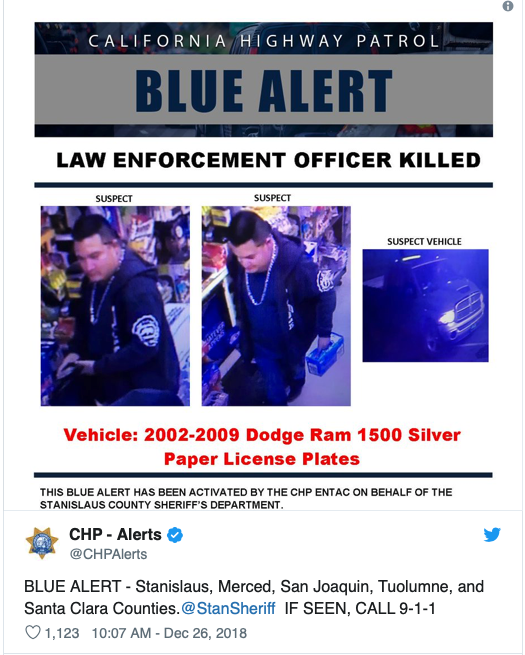 What is it with the Golden State? Being a “sanctuary” isn’t enough?

Now, all illegals deserve the benefits from a system they never paid in to?

Should the bill advance, California would become the first state to extend Medicaid coverage regardless of immigration status. State projections for last year’s bill found that 1.8 million people in California are uninsured and reside there illegally; roughly 1.2 million would qualify for Medi-Cal, the name of the state’s Medicaid program.

Pence: “What the president of Honduras told me is that the caravan was organized by leftist organizations, political activists within Honduras, and he said it was being funded by outside groups, and even from Venezuela. So the American people, I think, see through this – they understand this is not a spontaneous caravan of vulnerable people.“

This is the latest example of how the woke priorities of the military have out Americans at risk of attacks by hostile powers.
By Peter Partoll, Western Journal  December 1, 2022 Comment MoreShare

Well, could you look at that?

Talk about putting your foot in your mouth.