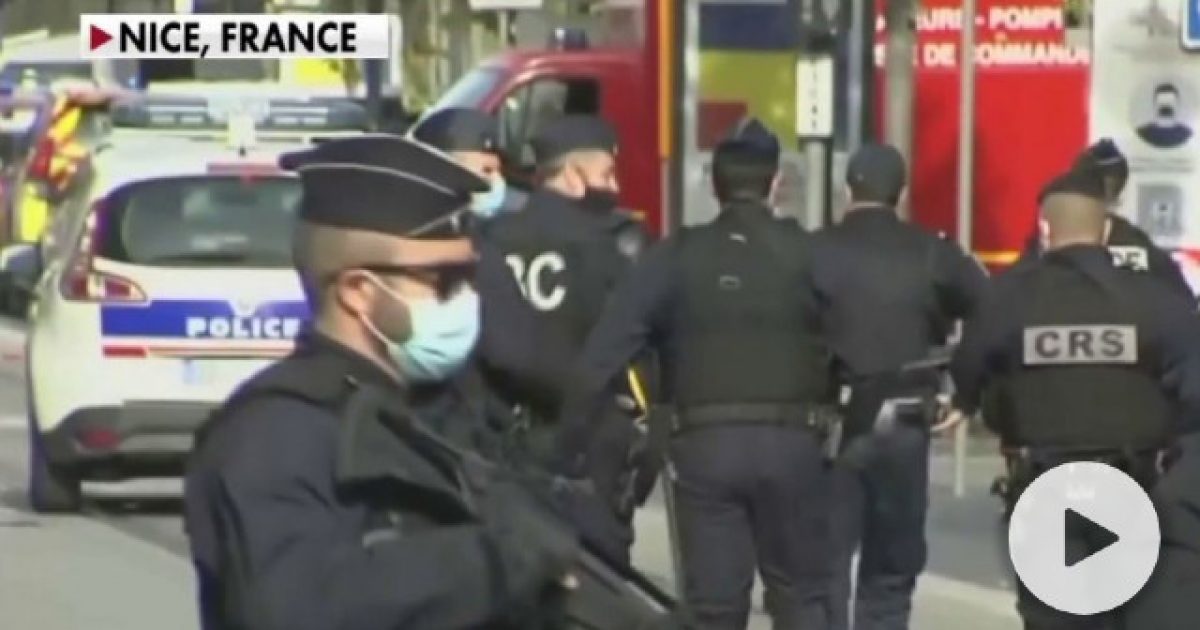 Three individuals were murdered in cold blood in Nice, France on Thursday in what looks to be the third terrorist attack on French soil in the past month.

A man armed with a knife walked into Notre Dame Basilica in Nice and killed two people, fatally wounding a third individual who was able to get outside before dying. French police are treating the incident as a terrorist attack.

“Everything leads us to believe it was a terrorist attack within the Notre Dame basilica,” Mayor of Nice Christian Estrosi posted on social media.

Several French media outlets reported that at least one of the victims of the attack was beheaded, mirroring an attack earlier this month in which a French schoolteacher was beheaded by a suspected Islamic radical.

Police captured the attacker soon after the incident, shooting him in the shoulder and transporting him to a local hospital, according to The Guardian. Estrosi said that while the man was being taken into custody, he repeatedly yelled “Allahu Akbar.”

“We have two people killed inside the church … and a third person who was in a bar facing the church where she had taken refuge,” Estrosi told the media. “Enough is enough … we have to remove this Islamo-fascism from our territory.”

On Oct. 16, an 18-year-old man beheaded French history teacher Samuel Paty outside of the secondary school where he taught. Paty was killed after showing caricatures of the Prophet Muhammed to his class for a lesson on free expression.

“Before it was a school professor, this time the Islamo-fascist barbarism chose to attack inside a church. Again, it is very symbolic,” the mayor said.

Toward the end of the month of September, a suspected terrorist with a butcher’s knife seriously wounded two individuals located outside of the former headquarters of Charlie Hebdo, a satirical publication, located in the city of Paris. If you remember correctly, these same offices were targeted for a terrorist attack back in 2015 after they published a satirical cartoon of the Prophet Muhammed.

It’s the same image that Paty used in a free speech demonstration just before he was killed two week ago.

This immediately led to the French government cracking down on Islamic extremism. French President Emmanuel Macron honored Paty as a martyr for French ideals, a move that made many, many Islamists in Muslim countries in the Middle East and Asia livid.

I’d definitely say a crackdown on terrorism is absolutely necessary at this point.