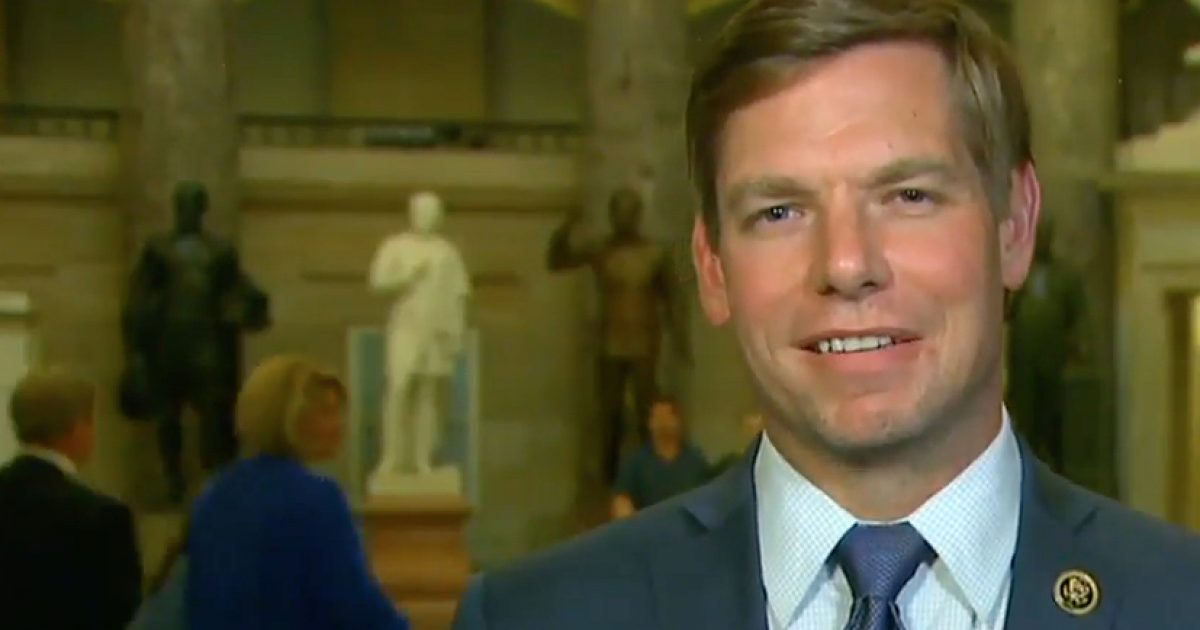 Rep. Eric Swalwell is doing his best to try and deflect reports that he was involved in some sort of affair with a Chinese spy by doing what Democrats always do nowadays when their hands are caught in the cookie jar: Blame Trump.

Yes, that’s right ladies and gentlemen. The whole mess is the fault of President Donald Trump. Can you believe that liberals still try to play this game?

According to Swalwell, Trump is the person behind the bombshell Axios report. You can’t make this stuff up.

Fang reportedly took part in fundraising for Swalwell’s 2014 reelection campaign although she did not make donations nor was there evidence of illegal contributions.

According to Axios, investigators became so alarmed by Fang’s behavior and activities that they alerted Swalwell in 2015 to their concerns, and gave him a “defensive briefing.” Swalwell then cut off all ties with Fang and has not been accused of any wrongdoing, according to an official who spoke to the outlet.

Swalwell was one of the most passionate pushers of the Russia collusion nonsense that has been promoted by the mainstream media since the very beginning of the president’s term.

“I’ve been a critic of the president. I’ve spoken out against him. I was on both committees that worked to impeach him. The timing feels like that should be looked at,” Swalwell said.

The lawmaker then went on to say that Axios first confronted him about his alleged ties to Fang back in July of 2019, which is around the time he ended his extremely short-lived presidential campaign.

However, the Democratic Congressman seemingly suggested that officials in the intelligence community were attempting “weaponize” his cooperation with authorities.

“What it appears though that this person — as the story reports — was unsuccessful in whatever they were trying to do. But if intelligence officials are trying to weaponize someone’s cooperation, they are essentially seeking to do what this person was not able to do, which is to try and discredit someone,” Swalwell said to the media.

Blame Trump has become the go-to strategy for dealing with any sort of negative press the left receives. When they start trying to pass the buck toward the president, it seems likely they are guilty of something they would rather the media avoid. What better way to make that happen than to blame Trump?

We all know that will be the angle the mainstream media propaganda masters will take when they cover the story.

Multiple States Are Tossing Support Behind Texas In Lawsuit Against GA, MI, PA, And WI