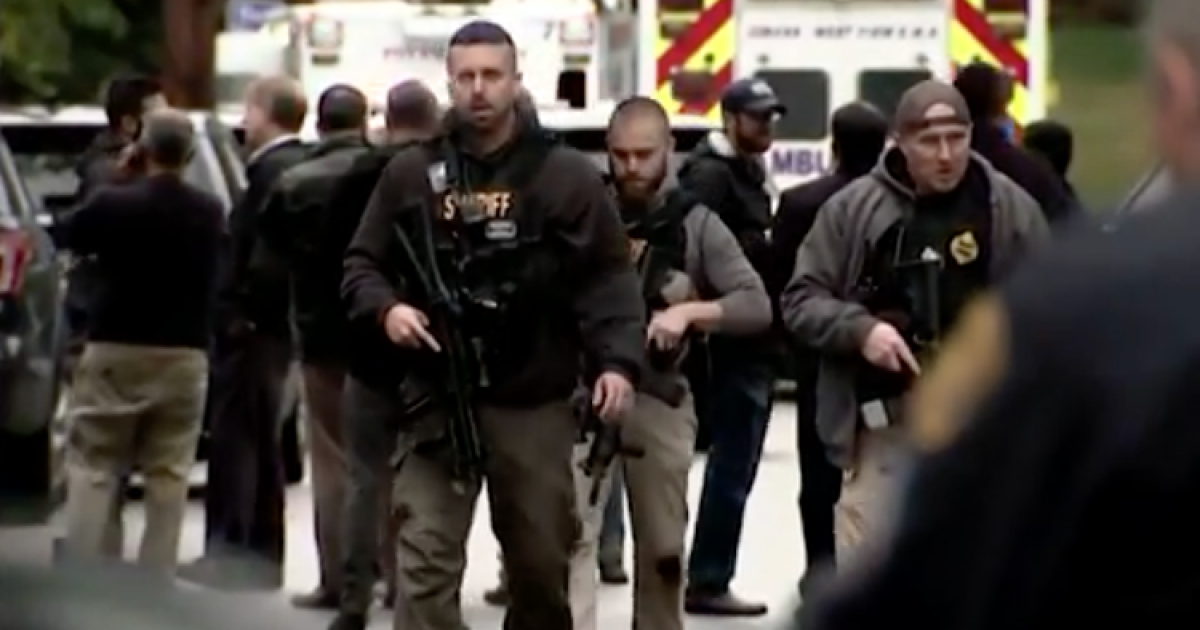 In what feels like only the latest tragedy in a nation torn asunder by political bias, an anti-semitic rampage in Pittsburgh now has a face and a name to tie to it.

On the heels of this week’s despicable bomb threat spree, we have once again found ourselves staring into the abyss of hate and violence as a Pittsburgh synagogue was targeted by an anti-semitic individual who authorities have just now named.

Bowers is described as a white male, heavy set, with a beard. He is believed to have lived in a apartment building in the 5300 block of McAnulty Road in Baldwin Borough. Police have blocked off the area where the suspected gunman is living.

United States Attorney General Jeff Sessions has issued a statement, saying the Department of Justice will file hate crime charges against Bowers for the shooting. Those charges could “lead to the death penalty.”

Bowers was heard shouting “all Jews must die” as he perpetrated his heinous act, leaving no doubt as to his intentions.

Attorney General Sessions pulled no punches in his condemnation of Bowers.

“Hatred and violence on the basis of religion can have no place in our society,” Attorney General Jeff Sessions said. “Every American has the right to attend their house of worship in safety. Today 11 innocent people were suddenly and viciously murdered during religious services and several law enforcement officers were shot. These alleged crimes are reprehensible and utterly repugnant to the values of this nation. Accordingly, the Department of Justice will file hate crimes and other criminal charges against the defendant, including charges that could lead to the death penalty.

Our thoughts and prayers are with those in Pittsburgh tonight.