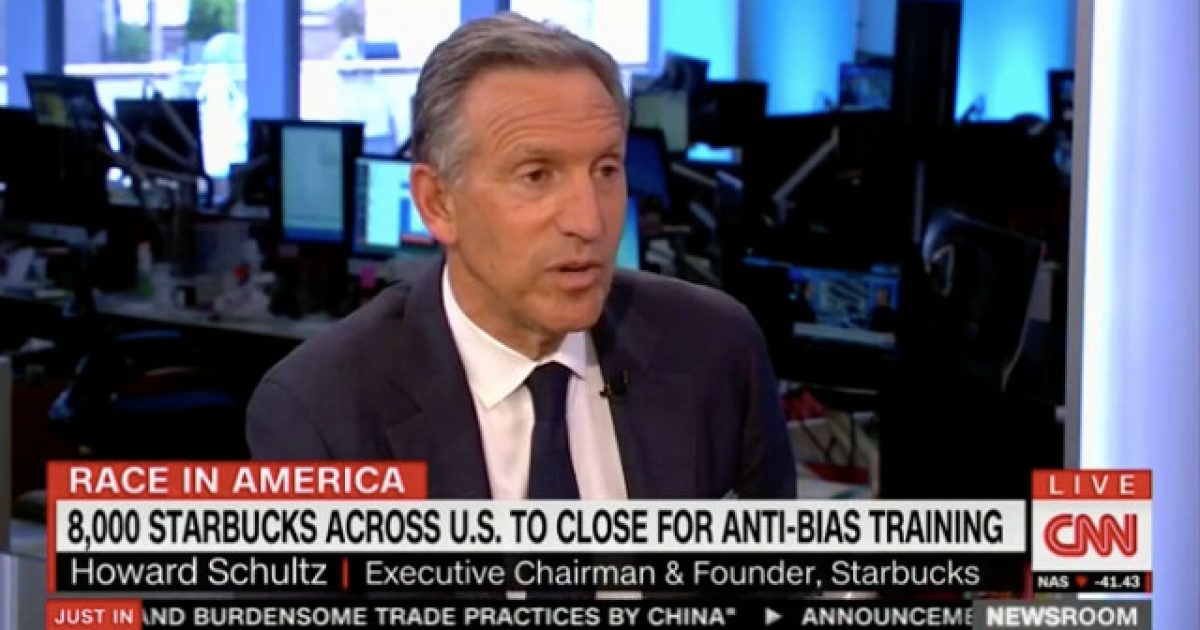 On Tuesday, Starbucks decided they were going to prove their “wokeness” by shutting down 8,000 stores for several hours to give “racial bias training” to all of its employees. This, of course, is their response to several controversial incidents that have happened at stores around the country.

Howard Schultz, chief chairman of Starbucks, recently sat down with CNN and pointed the finger for these incidents at President Donald Trump, saying that his rhetoric and behavior has given people a license to act in racist ways.

Is anyone really surprised by this?

The CNN anchor asked Schultz if the rhetoric from the White House was “opening the door to increased overt racist behavior,” to which Shultz responded, in part, “I think the totality of the issue is beyond the White House.”

“On a personal level, it probably has given license to people to feel as if they can emulate and copy the kind of behavior and language that comes out of this administration,” Schultz said. He continued, “The racial divide and the inequities that exist between people of color and Caucasians in America is a problem that has existed for quite some time…”

Schultz was then asked what the Trump administration could do to help “close the divide.”

It’s funny that Schultz is blaming President Trump for all of the racial division in America, when the reality of the situation is, this was a problem he inherited after being elected.

Former President Barack Obama is the one mostly responsible for the heightened tension and hatred toward police officers that exists in this country right now, helping to promote division with many of his policies and speeches.

His very ideology, which was put front and center during his administration, created this mess. Yet no one wants to accept that reality.

Roseanne Breaks Silence on Twitter Controversy Hours After it Happens, Here’s What She Said