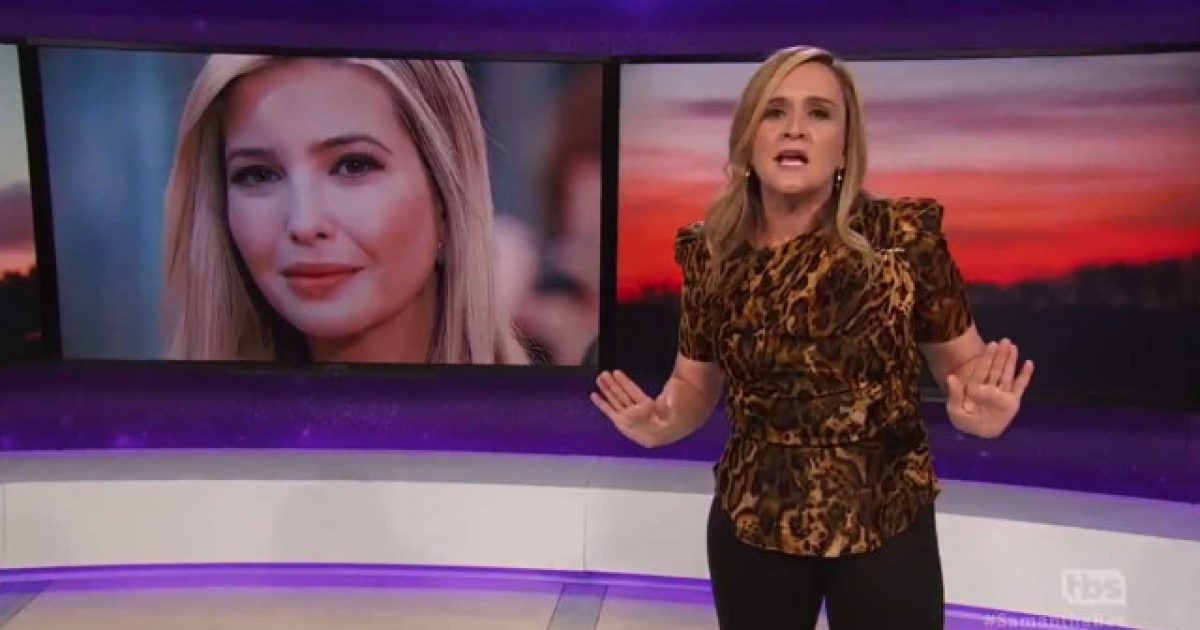 Earlier this week, Roseanne Barr lost her show on ABC after making controversial comments online, which to be frank, was probably the right course of action to take, at least for now.

However, it appears those same rules, the ones applied to Barr who happens to be an ardent Trump supporter, do not apply to everyone, a point that’s been made abundantly clear by the fact that TBS comedian Samantha Bee still has a job.

Bee, who has a show on the network, decided to take an opportunity to smash on the president’s daughter Ivanka by making a crack related to the issue of immigration, namely the separation of families.

The bit featured Bee calling Ivanka the “C-word,” an egregiously vulgar expletive that should have immediately resulted in disciplinary action.

As of this writing, that hasn’t happened yet, which is not at all sitting well with the president.

“Why aren’t they firing no talent Samantha Bee for the horrible language used on her low ratings show? A total double standard but that’s O.K., we are Winning, and will be doing so for a long time to come!’ Trump said.

Why aren’t they firing no talent Samantha Bee for the horrible language used on her low ratings show? A total double standard but that’s O.K., we are Winning, and will be doing so for a long time to come!

That “double standard” Trump spoke of appears to be a reference to conservative comedienne Roseanne Barr, he said something equally offensive on Twitter this week and was immediately fired by ABC.

“You know, Ivanka, that’s a beautiful photo of you and your child, but let me just say, one mother to another, do something about your dad’s immigration practices, you feckless c***,” Bee said after showing a photo of Ivanka and her toddler son, Theodore.

As you might expect, liberals rushed to protect one of their own, ignoring the obvious hypocrisy of the whole mess.

Bee has issued an apology, but it still doesn’t look like she will face any real consequences for her words. In fact, she was just honored Thursday night by the Television Academy for being one of the “most meaningful and relevant” folks on the air.

Of course, no journalists were allowed in to cover the event.