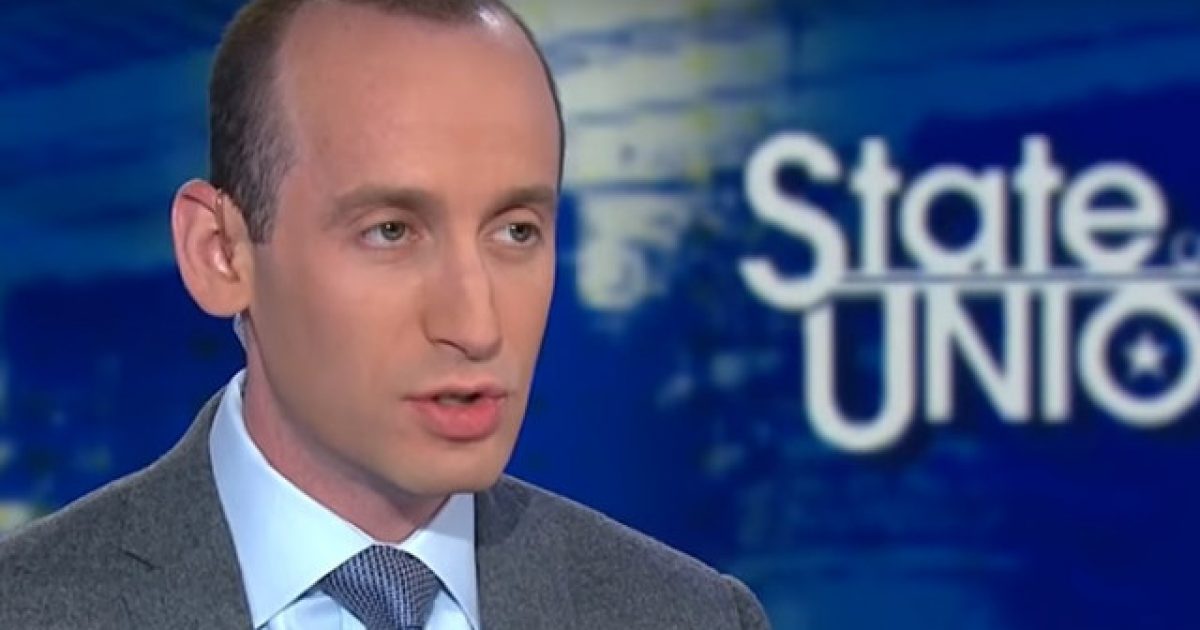 A teacher recently made some rather rude and, quite frankly, strange comments about President Trump’s senior adviser Stephen Miller, stating he ate glue as a child, a statement which has now landed her under investigation.

As weird as this is, you might as well get used to things like this happening because this is now the world we live in. Sad, but true.

Nikki Fiske, 72, revealed accounts of having Miller, 33, in her class when he was 8-years-old to The Hollywood Reporter on Wednesday.

The school placed her on “home assignment,” which means Fiske is not at work but retains employment status, Santa Monica-Malibu Unified School District (SMMUSD) spokeswoman Gail Pinsker told The Daily Caller News Foundation. Pinsker emphasized that Fiske “is not suspended.”

Stephen Miller's third-grade teacher: "He was a loner" and he ate glue https://t.co/nD97s9N50v pic.twitter.com/Gp3Uy9G0iJ

“He [Miller] was a strange dude,” Fiske said to The Hollywood Reporter. “I remember he would take a bottle of glue — we didn’t have glue sticks in those days — and he would pour the glue on his arm, let it dry, peel it off and then eat it.”

Fiske added that Miller was a “loner.”

The article recounting Miller’s alleged behavior as a third grader has received push back since its release.

“What kind of teacher goes to an entertainment newspaper with gossip about an 8-year-old boy?” Becket Adams wrote in The Washington Examiner Wednesday. “Hell, forget that she’s a teacher. What kind of human being does that?”

Fiske has been put on home assignment by the Santa Monica-Malibu Unified School District, pending a completion of the review that was launched to look into the matter.

The main concern with this situation has to do with Fiske releasing student information, including allegations that may not have complied with applicable laws.

Protester Asks GOP Senator to Apologize to Her Children. The Response She Gets Makes Her Angry.