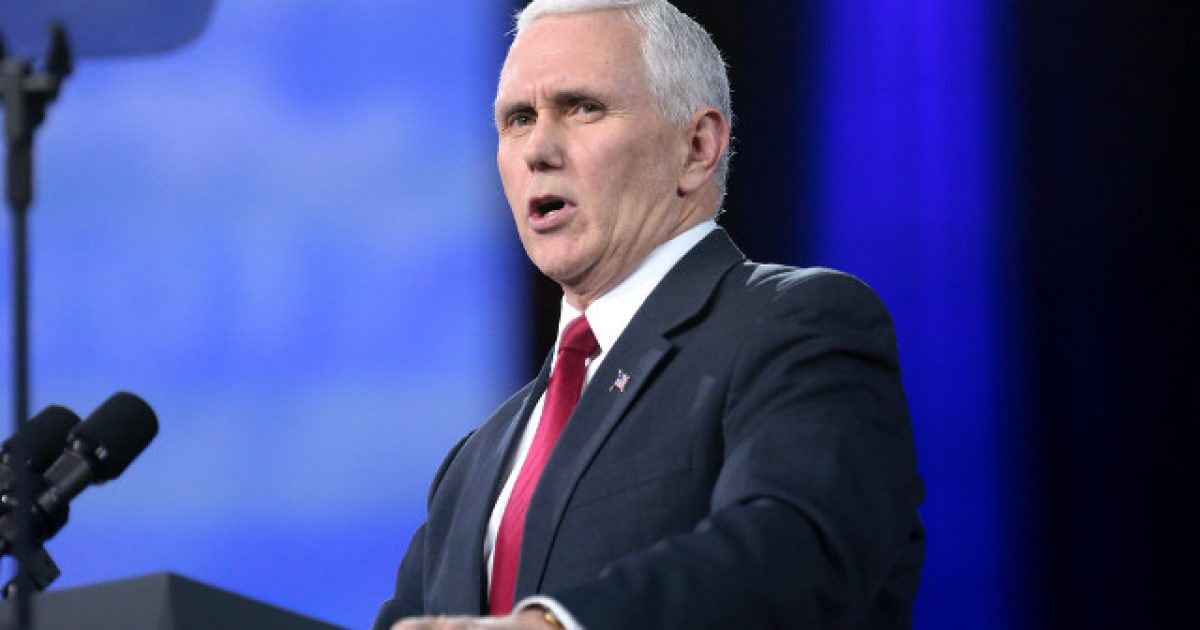 One of the things we constantly hear from the radical left is about how we all need to be tolerant of folks who are different from us, which sounds like a lovely little platitude. However, it’s not one the left actually takes and applies to real life, especially for folks who are on the right side of the political spectrum.

A good case in point is the tale of a North Carolina high school teacher who is now under investigation after telling students that Vice President Mike Pence “should be shot in the head.”

Doesn’t that just give you the warm and fuzzies and make you yearn for unity and harmony?

The teacher — who works at Cuthbertson High School in Waxhaw — allegedly made the comment the same week Pence was in the area to campaign for Republican Dan Bishop, WJZY-TV reported. Bishop, a state senator, won a special election Tuesday for North Carolina’s congressional seat.

The Union County Sheriff’s Office told WJZY it passed the information along to the Secret Service to investigate. The station referred to the teacher in question as a female but said it wasn’t naming the teacher.

Parents are rightfully furious over this teacher’s statements to the students, even those who aren’t fans of Pence like Firas Obeid, who is the father of two students attending the school.

“Affiliation to a specific party does not entitle us to make statement like that to anyone,” Obeid said.

So what did the school district say about the incident?

They released the following statement:

“Union County Public Schools is aware of the allegation of inappropriate comments made by a Cuthbertson High School teacher. District administrators are taking this allegation seriously and an investigation is being conducted. This is a personnel matter and information related to this alleged incident is protected by state law.”

This is quite troubling. As Mr. Obeid stated above, just because someone has a different set of political beliefs does not make it okay for anyone to threaten their life or want to see them dead. That’s not how freedom works.

We should all be open to tolerating each other’s views, even if we vehemently disagree with one another. At the end of the day, we all have way more in common than we do differences and if we don’t remember this truth, our country is doomed.