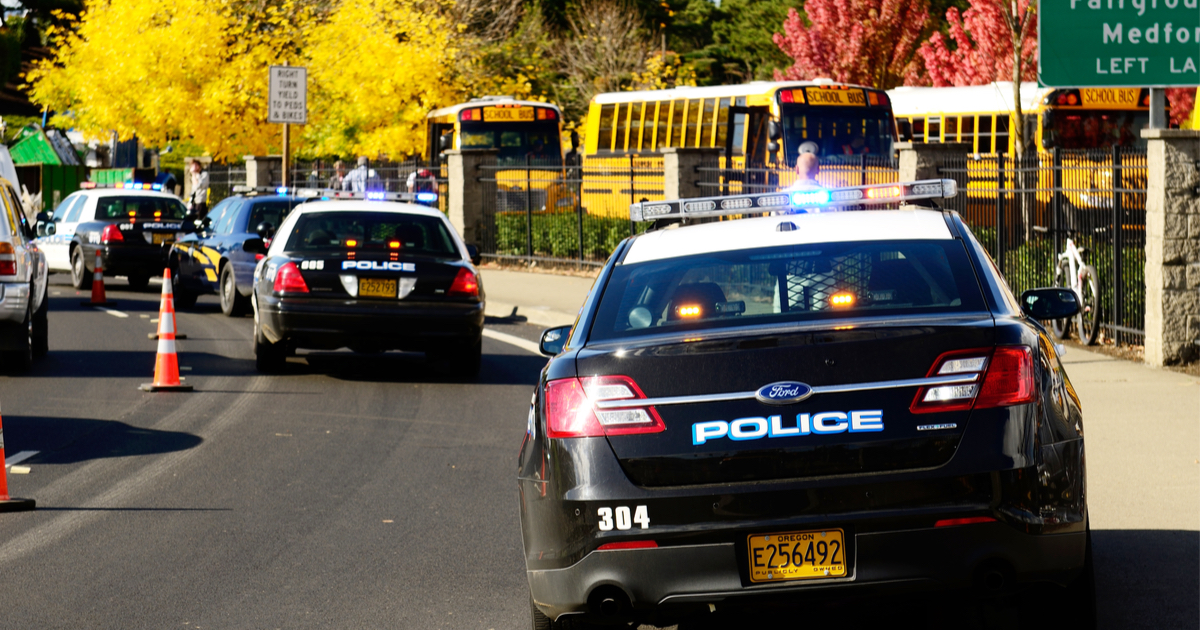 The idea that we, as Americans, must participate in “active shooter” drills is spooky enough, but one law enforcement agency is taking things too far…and teachers are speaking out.

The horror and confusion of an active shooter situation is unfathomable for many of us.  Suddenly, at work or school or the subway, the deafening report of gunfire would be instantaneously confusing and oppressive.  Our fight or flight instincts would kick in, sending us to the floor with the possibility of altered auditory senses.  From there, the terror truly begins as we play out any number of scenarios in our heads.

These instances are terrifying and harrowing in ways that only those who have lived through them can understand.

Active shooter drills, on the other hand, are meant to be learning experiences.  Sure, some urgency is needed to provide us the opportunity necessary to develop the muscle memory desired, but do we really have to shoot teachers with pellet guns in order to get the point across?

That’s what one group of educators is pondering today.

An Indiana teachers union is demanding change to active shooter drill protocols after teachers at an elementary school reported that they had been injured when they were shot by Airsoft guns during a recent exercise.

“During active shooter drill, four teachers at a time were taken into a room, told to crouch down and were shot execution style with some sort of projectiles — resulting in injuries to the extent that welts appeared, and blood was drawn,” a statement from the Indiana State Teachers Association on Wednesday said.

Association members said they were injured during the drill at Monticello’s Meadowlawn Elementary School, according to the statement.

The Sheriff’s Department stood by their decision, however, essentially saying that the teachers were shot with the air pistols because they didn’t act quickly enough, like a dog being smacked with a newspaper.

Of course, an armed teacher would have had no issue dispelling their attackers, real or imaginary.

American Schools Are Failures: Most Americans Don’t Know What Bill of Rights Is