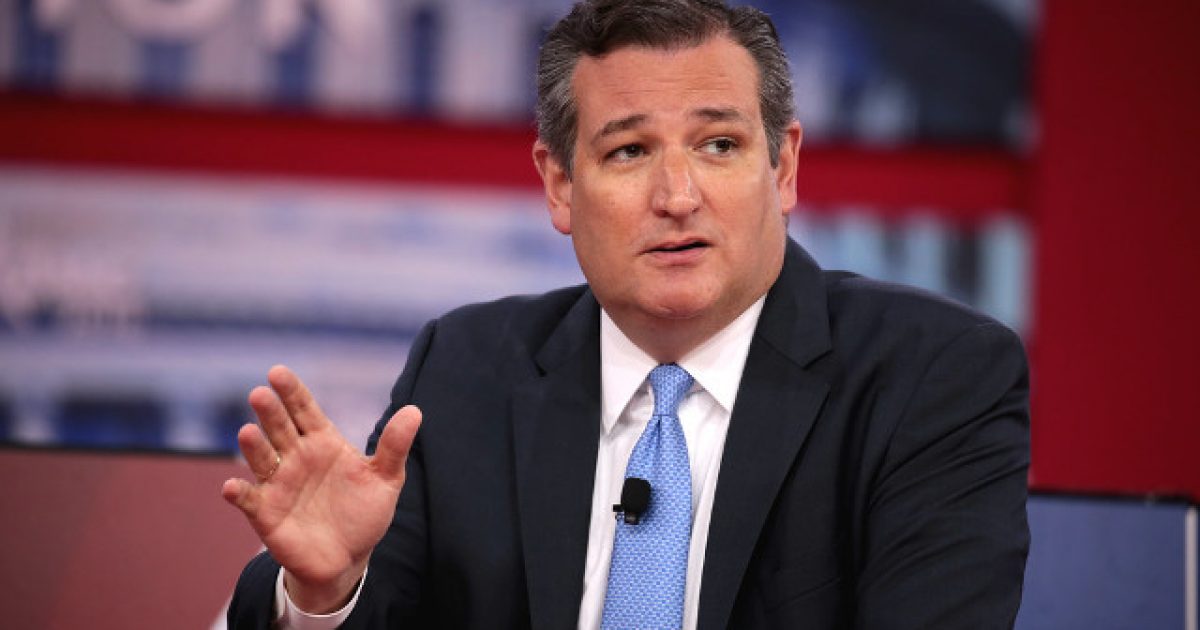 Last week a transcript leaked of a speech by New York Times executive editor Dean Baquet as published by Slate, and part of that transcript featured Baquet admitting that since the Russia collusion stuff fell apart, they’re planning on publishing stories that claim President Trump is a racist for the rest of his presidency.

This did not at all sit well with Sen. Ted Cruz who went total savage on the publication and shredded them to tiny bits over their obvious journalistic bias and abandonment of principles of integrity in their reporting.

“There was a time when journalists covered ‘news.’ The NYT has given up on even pretending anymore. Today, they are Pravda, a propaganda outlet by liberals, for liberals. These remarks at their ‘town hall’ are a scandal & would be a firing offense at any real journalistic outlet,” Cruz tweeted in reference to Baquet’s remarks.

There was a time when journalists covered “news.” The NYT has given up on even pretending anymore. Today, they are Pravda, a propaganda outlet by liberals, for liberals. These remarks at their “town hall” are a scandal & would be a firing offense at any real journalistic outlet. https://t.co/3xZiABaBYv

Cruz then paraphrased Baquet’s remarks: “The Editor says (in effect) ‘for 2 yrs, we covered ‘Russia, Russia, Russia,’ facts be damned; now we’ll scream ‘racism, racism, racism’ for 18 mos, and the rest of the media follow us.’ That’s not journalism.”

In reality, Cruz’s paraphrase is close to what Baquet said. The Times editor said that they covered the alleged Russia collusion story the way they did because they thought it looked “a certain way.” From the transcript:

Chapter 1 of the story of Donald Trump, not only for our newsroom but, frankly, for our readers, was: Did Donald Trump have untoward relationships with the Russians, and was there obstruction of justice? That was a really hard story, by the way, let’s not forget that. We set ourselves up to cover that story. I’m going to say it. We won two Pulitzer Prizes covering that story. And I think we covered that story better than anybody else.

The day Bob Mueller walked off that witness stand, two things happened. Our readers who want Donald Trump to go away suddenly thought, “Holy shit, Bob Mueller is not going to do it.” And Donald Trump got a little emboldened politically, I think. Because, you know, for obvious reasons. And I think that the story changed. A lot of the stuff we’re talking about started to emerge like six or seven weeks ago. We’re a little tiny bit flat-footed. I mean, that’s what happens when a story looks a certain way for two years. Right?

After the story fell apart, the NYT felt they needed a brand new angle from which to approach negatively covering Trump in the news, so they decided to pick the most frequently used false narrative being pumped around the Internet: Trump is racist.

I think that we’ve got to change. I mean, the vision for coverage for the next two years is what I talked about earlier: How do we cover a guy who makes these kinds of remarks? How do we cover the world’s reaction to him? How do we do that while continuing to cover his policies? How do we cover America, that’s become so divided by Donald Trump? How do we grapple with all the stuff you all are talking about? How do we write about race in a thoughtful way, something we haven’t done in a large way in a long time? That, to me, is the vision for coverage. You all are going to have to help us shape that vision. But I think that’s what we’re going to have to do for the rest of the next two years.

Harwood—whose angry partisanship was so bad he got NBC fired from hosting 2016 GOP debates—reflexively defends NYT. But w/ ZERO facts, ZERO analysis: he simply asserts (w/ apologies to Orwell) “Oceania was at war with Eastasia. Oceania had always been at war with Eastasia.” 1/x https://t.co/7XUCsivInn

E.g., NYT: ““One reason we all signed off on The 1619 Project [explained below] and made it so ambitious and expansive was TO TEACH OUR READERS TO THINK A LITTLE BIT MORE LIKE THAT.” Does that sound like news? Or editorial? (Remember, this was the “News” Editor.) 3/x https://t.co/xpXXOhaDLR

The lesson the NYT needs to learn here, besides not using their power and platform to simply destroy someone they disagree with politically, which violates the principles our nation was founded on, is that you don’t put this stuff out there, especially with Sen. Ted Cruz on the loose.

Cruz is an intellectual giant, a clear, articulate thinker who has more knowledge and wisdom in a pinky finger than that which is contained in the brains of the entire NYT staff, which they have now discovered after taking this brutal lashing.

Will they learn and correct themselves? Absolutely not.