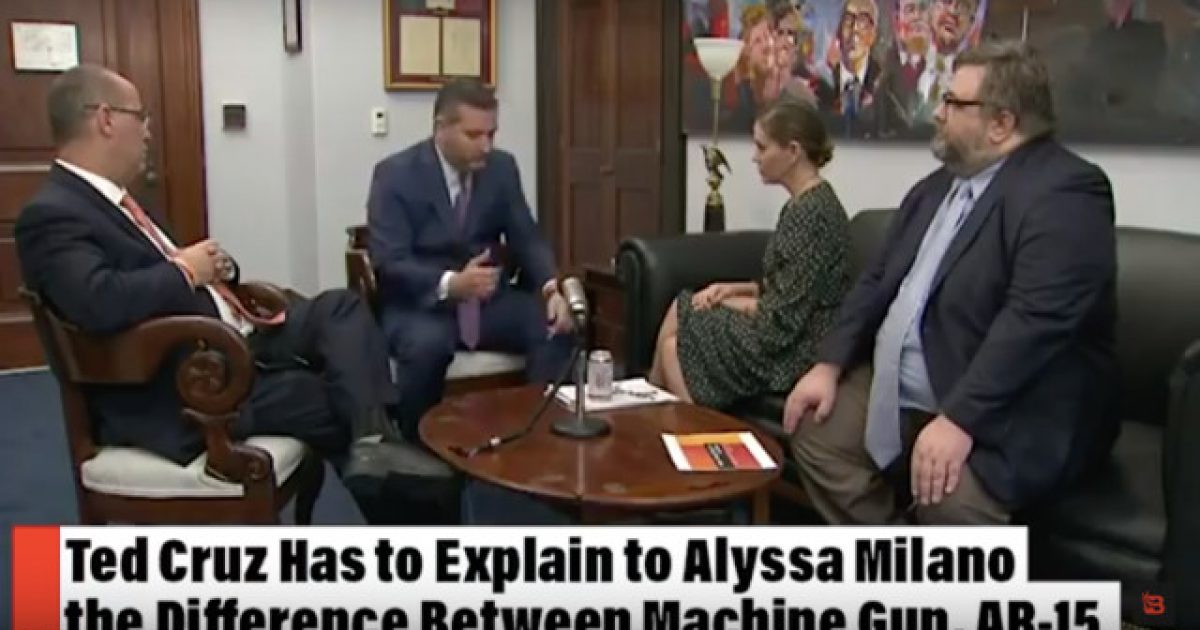 Hollywood is an absolute toilet bowl for left-wing propaganda, the whole entertainment industry having now become just another spoke on the ever-turning wheel of the progressive movement.

While the saturation of hashtag activism by celebrities has reached obnoxious proportions, there’s been few folks who have managed to irritate the average American citizen quite like washed-up actress Alyssa Milano.

Milano is rabidly anti-gun, however, she did agree to have a “civil discussion” about firearms with Sen. Ted Cruz. The pair actually live streamed the whole thing. It was….interesting.

In this clip, Milano quoted Ronald Reagan, who once said that citizens do not require machine guns to defend their homes. Ted Cruz used this opportunity to clarify Reagan’s quote.

“One of the problems of this debate is that they don’t necessarily understand the terminology. So a machine gun has been functionally illegal for 80-years. You and I and ordinary citizens can’t purchase a machine gun.

People really don’t seem to grasp the difference between a semi-automatic, which requires separate trigger pulls for every shot fired, and the type of weaponry where you hold the trigger down and it just keeps rapid firing shot after shot automatically.

It’s a simple distinction, one that Cruz went on to point out.

Here’s a video of the discussion:

At the end of the day, the right to defend yourself using a firearm is a God-given right that is protected under the Second Amendment of the Constitution. No one has a right to step on that freedom.