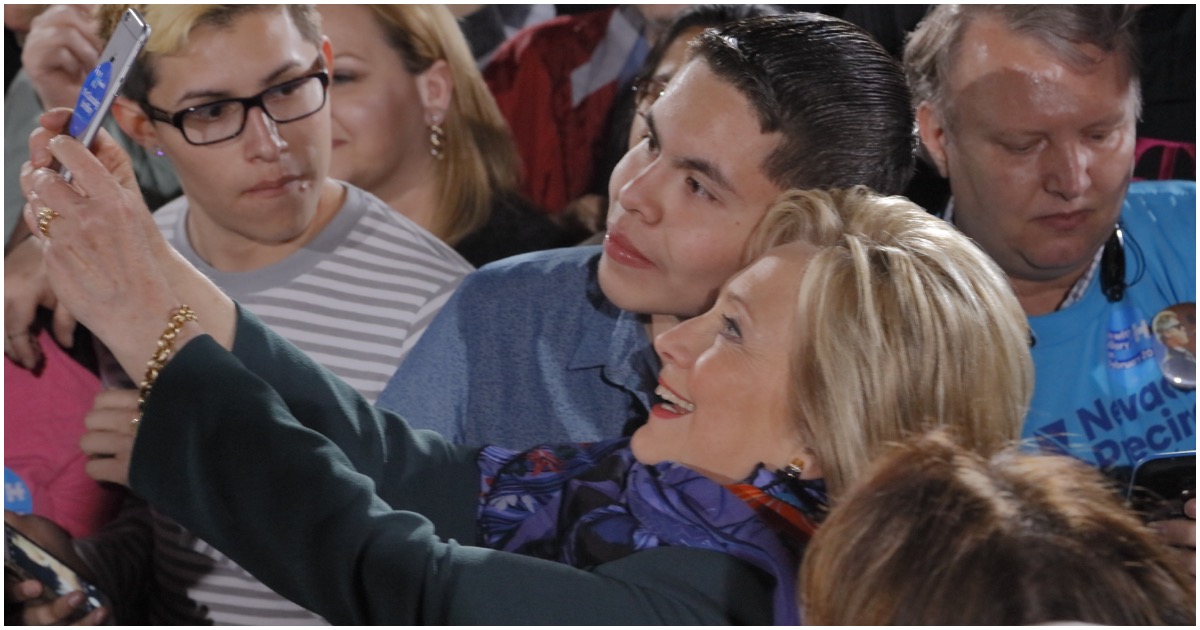 It’s July 22 2019, and Hillary Clinton is president of the United States.

Has there ever been a more horrifying statement?

Democrat Hillary Clinton urged civil rights activists in Atlanta Friday to respond to President Donald Trump’s racist tweets that four liberal congresswoman of color should “go back” to their countries by getting mobilized for the 2020 vote.

“We are better than this, but we better start proving it, not just saying it,” the 2016 Democratic nominee told a crowd of hundreds at the Southern Christian Leadership Conference’s convention in Atlanta.

Hillary Clinton is introduced in Atlanta at the SCLC conference as “my president.” She laughs: “From your lips to God’s ears.” #gapol pic.twitter.com/wToU4PvSl3

.@HillaryClinton is in Atlanta today to accept the SCLC’s “Realizing the Dream” award pic.twitter.com/Chtq62lQjp

Trump Got Up Early In the Morning & Fired the Killshot At Omar, Tlaib, & AOC Like It Was His Job