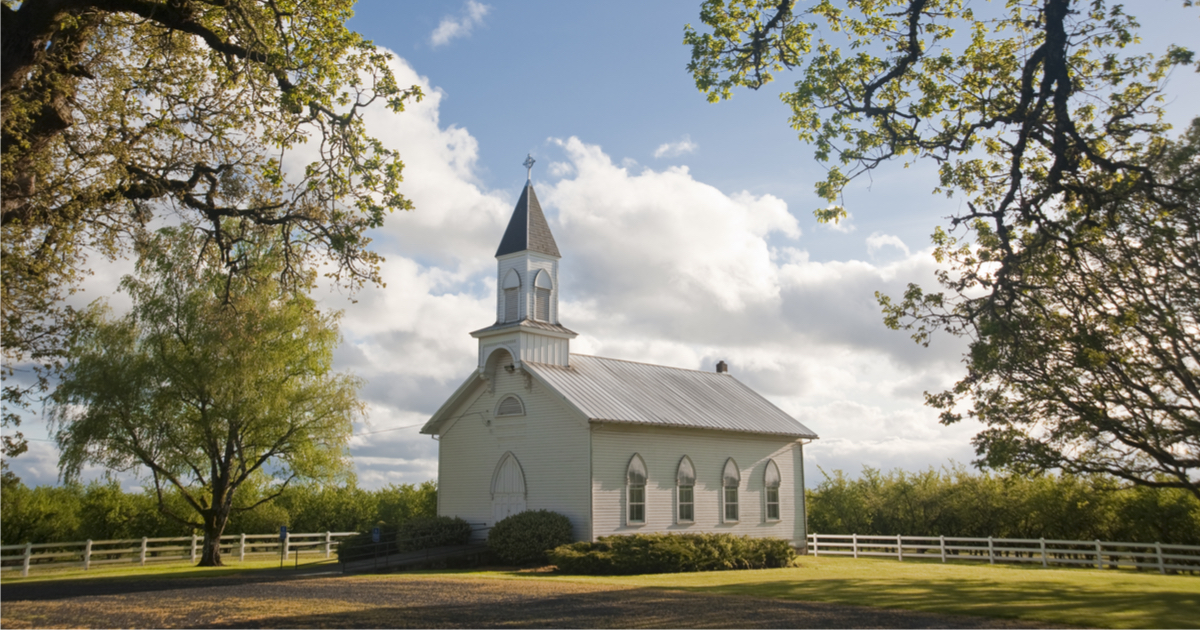 Texans are peculiar people, but I mean that with the utmost respect and dignity for my fellow Americans in the Lone Star State.

It’s not that they’ve chosen their uniqueness, no.  Texas has a history unlike any other state in the entire nation, having been a hotly contested piece of property for much of its early existence.

Still, to this day, Texas maintains a heavy streak of independence – even within the United States itself.  For years, the state government of Texas had left the possibility of secession from the US open…only mostly symbolically.

Now The Lone Star State is the site of another major battle involving Mexico, but this time it’s a group of American politicians who are fighting for them instead of the brave men and women at The Alamo.

To make matters even more complicated, that independent streak that we talked about earlier is rearing its ugly head as well, as one tiny church stands in the way of an already-paid-for section of the President’s border wall.

At Monday’s campaign rally in El Paso, Texas, President Trump proudly proclaimed that construction of his border wall was moving full steam ahead.

“We’ve actually started a big, big portion of the wall today at a very important location, and it’s going up pretty quickly over the next nine months,” Trump said, standing beneath an enormous American flag flanked by two banners that read “finish the wall.”

While Congress did appropriate $600 million last March for construction of 33 miles of new barriers in the Rio Grande Valley, La Lomita, a tiny one-room chapel owned by the Diocese of Brownsville, stands in the path of the proposed new section. To try to block it from being built, the diocese is using a legal argument that should be quite familiar to Trump’s vice president, Mike Pence.

So, just what are they trying to do?

“As we made pretty clear in our briefing filed on behalf of the diocese in court last week in McAllen, Texas, the diocese intends to assert its rights under the Religious Freedom Restoration Act to fight any building of the wall there,” said Mary McCord, a lawyer at Georgetown University Law School’s Institute for Constitutional Advocacy and Protection, who is representing the diocese.

“In other words, that act prohibits government actions that substantially burden the exercise of religion without the government establishing a compelling governmental interest and no other means of satisfying that interest,” McCord told Yahoo News.

And, in a cruel twist of irony, guess who was involved in the creation of the Religious Freedom Restoration Act?

Surely, this is a coincidence, but it is also a powerful reminder of how far the left has swung.