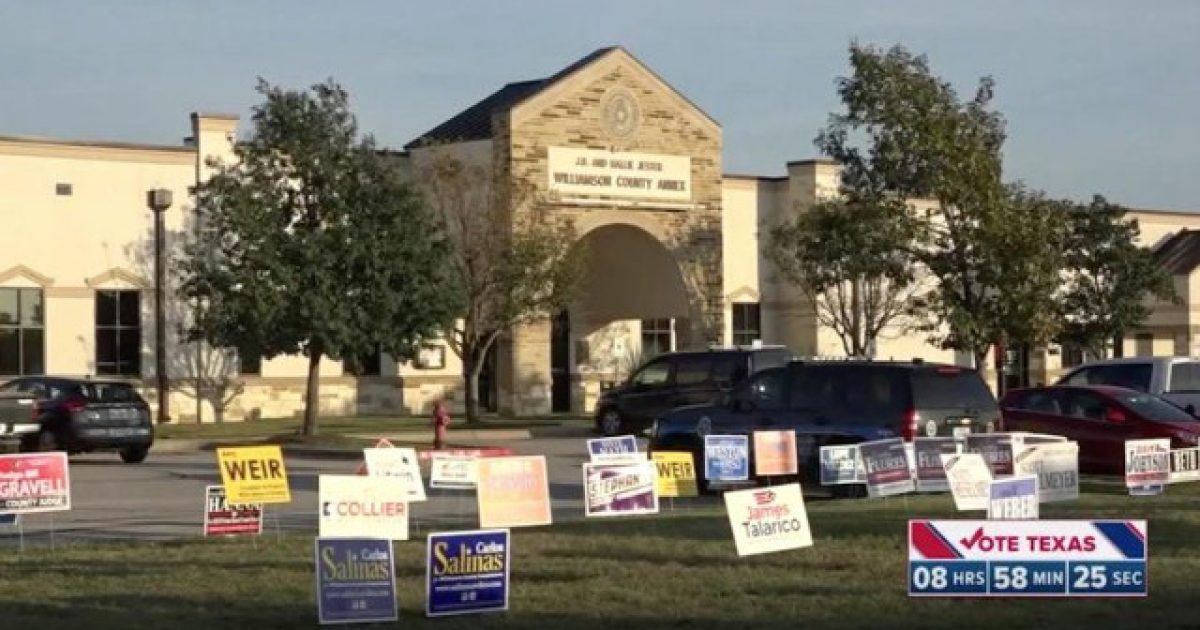 A female election official in Texas was allegedly caught on video screaming her lungs out at a confused voter, an incident that came with some pretty heavy consequences, though the official in question alleges the contrary.

The incident, which involved Williamson County supervisor and Judge Lila Guzman and a voter who has not been identified, happened last Friday at the Williamson County Annex in Round Rock, which is a suburb located 20 miles north of the city of Austin.

Guzman can be heard yelling at a woman who was unclear about her polling place.

The exchange between Guzman and the woman got heated and that’s when the witness started recording.

“As soon as she started getting louder, I was like, ‘This is getting out of hand.’ So I began to record,” the witness told KVUE.

“I regret that that incident happened with that poll worker because that voter was just trying to get answers that weren’t being provided to her in a way that we train our poll workers to give,” Davis said.

At another point, Guzman threatened to call the police on the woman.

Davis, who believes the voter was first turned away at Travis County, said the Williamson County poll workers should have directed the woman to the Travis County Elections Division to vote a limited ballot.

Guzman herself went on to state that she did not handle the situation appropriately, which some might say is a bit of an understatement.

Guzman also went on to state that the reason for the resignation was not the video, but because the office didn’t “provide backup when she called the office to have police remove the voter from the building.”

She can say whatever she wants to, but at the end of the day, it appears the excuse she gave for her resignation is an attempt to save face. It could be true, but in all honesty, given her horrific conduct, it would be surprising if Guzman wasn’t asked by those in charge to resign.

Hopefully this doesn’t turn the voter off from exercising her voice in future elections.