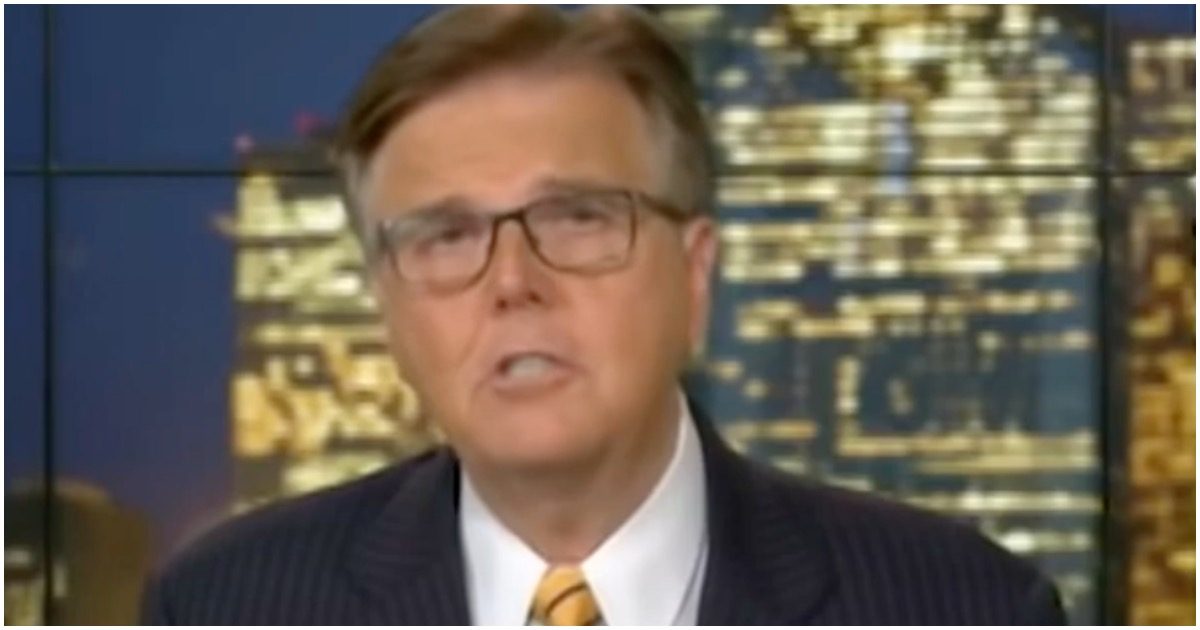 Did you hear about the Dallas salon owner who was sentenced to a full week in jail, along with a $7,000 fine, for reopening her small business during lockdown?

Texas Lt. Governor Dan Patrick said on Wednesday that he will be paying the $7,000 fine that Dallas authorities gave to salon owner Shelley Luther for violating a stay-at-home order, and also volunteered to serve her 7-day jail sentence so that she could go back to work.

Patrick made the remarks after Texas Attorney General Ken Paxton blasted Dallas County Judge Eric V. Moyé, who is a Democrat political activist, in a statement for abusing his power by jailing Luther for opening her business so she could feed her family.

This is Eric Moye. Vile excuse for a man.

7 days in jail, no bail and a $7K fine is outrageous. No surprise Texans are responding. I’m covering the $7K fine she had to pay and I volunteer to be placed under House Arrest so she can go to work and feed her kids. #txlege #TexansHelpingTexans https://t.co/gdtMLAHFV5

Patrick appeared on Fox News, the other day…

Judge Eric Moyé asked Luther if she would make a statement admitting she was wrong and selfish. Listen here… pic.twitter.com/6JMukC3v76

The judge told Shelley Luther she
could avoid jail time if she apologized, admitted she was wrong, and agreed to close her hair salon until it was allowed to open.

The woman given a jail sentence for bravely refusing to close her small business has raised $80,000 from supporters.

I think governors are losing control of the narrative.
https://t.co/5vpKLVywil

I spoke to Shelley Luther, owner of "Salon a La Mode" in Dallas, TX about why she's reopening DESPITE city orders: "If we don't take back our civil liberties right now, I don't know when we ever can." pic.twitter.com/LU8NZflXJy

"No, I'm NOT closing." Dallas salon owner Shelley Luther refuses to close her business, even in the face of numerous government threats, fines and NOW the possibility of jail time–and she's still NOT backing down. pic.twitter.com/PjUH1TQT1Z