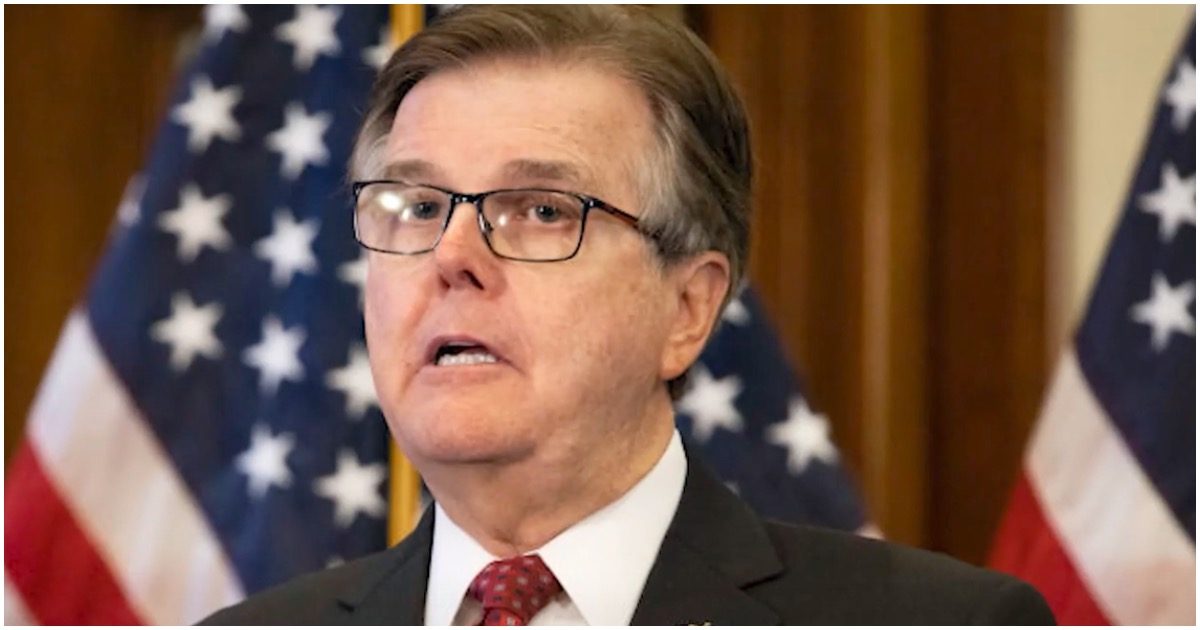 All Republicans with power are doing everything in their power to expose voter fraud around the nation. Well, not the Mitt Romney’s of the party – but you get the point.

Putting Joe Biden in the White House would be a death blow to America. He’d lock down the country, enforce a mask mandate and probably make everybody take the COVID vaccine – whether they want to or not.

Check out what Dan Patrick is up to in Texas, via TheBlaze:

Texas Lt. Gov. Dan Patrick said Tuesday he is offering up to a $1 million reward to anyone who provides information leading to an arrest and conviction for voter fraud in the 2020 presidential election.

The purpose of the offer is to “incentivize, encourage, and reward” people who come forward with reports of voter fraud. Anyone who provides evidence that leads to a conviction will receive at least $25,000, paid for by Patrick’s campaign fund, the Texas Tribune reported.

“I support President Trump’s efforts to identify voter fraud in the presidential election and his commitment to making sure that every legal vote is counted and every illegal vote is disqualified,” Patrick said in a news release statement. “President Trump’s pursuit of voter fraud is not only essential to determine the outcome of this election, it is essential to maintain our democracy and restore faith in future elections.”

President Donald Trump has refused to concede the 2020 presidential election to former vice president Joe Biden as Trump’s campaign has filed several legal challenges to the results of the election in various states.

Pennsylvania County Votes to Count Over 2,000 Ballots That Don’t Have Declaration Dates