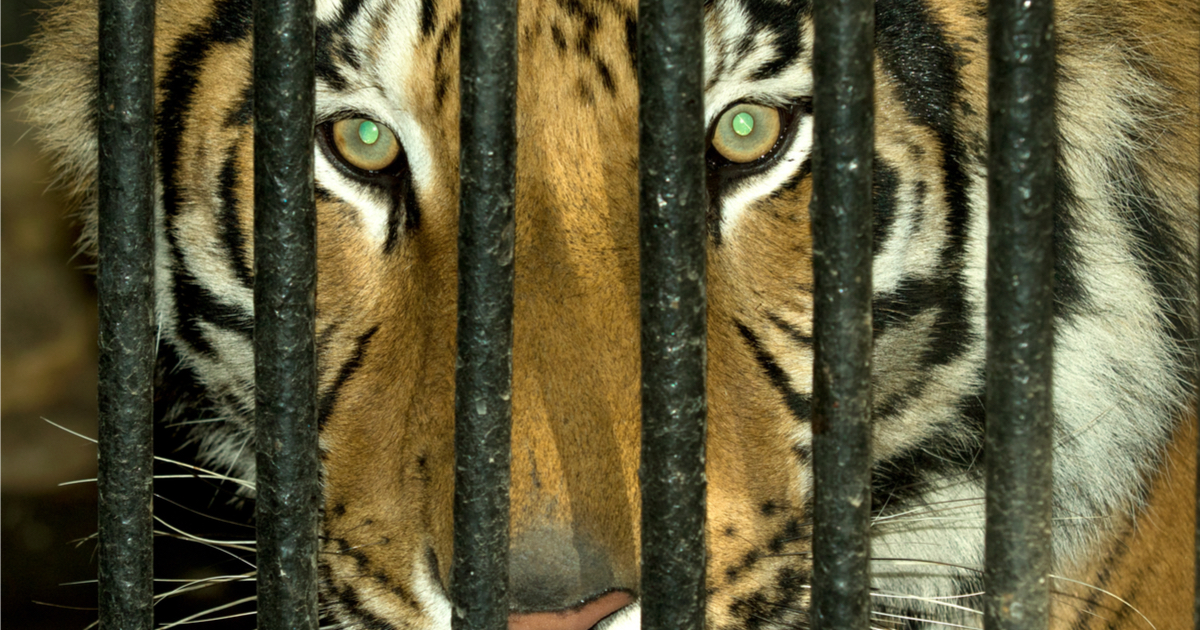 There are plenty of reasons not to engage in the use of illegal or illicit drugs, but running into a Bengal Tiger in your smoke spot isn’t usually one of them.

As for anything that the government gets too involved with, the “war on drugs” has been a nightmare.  Mandatory minimum sentences have allowed a private prison industry to balloon into a lobbying force to be reckoned with, pressuring politicians to create even more reasons to arrest Americans.  This is simply good business practice for them, and completely legal because We The People haven’t yet put our foot down on these “public servants”.

What that “war on drugs” has accomplished, however, is strengthening the black market and its ancillary characters, while forcing the end user into dangerous and unpredictable situations in order to receive or use their drugs.  For those who are afflicted by addiction, this is terrifyingly precarious, with users often falling out of the good graces of even their own families.

For one man in Texas, however, what was meant to be a quick toke on a joint turned into an ordeal that he will never forget.

Police in Houston, Texas, said that when the person called to report what they had seen on Monday, they thought the caller was hallucinating.

But when they arrived there was indeed a large tiger, locked inside a cramped cage in the garage.

A few packages of meat had been kept nearby, but there was otherwise no sign that anyone lived in the house.

Officers told local news networks that they will now investigate how it ended up there.

And no, not some small animal colloquially known as a “tiger”.  An actual tiger.

Right now we’re outside of @BARCHouston waiting for the tiger to be transported to an undisclosed animal sanctuary which will hopefully be the tiger’s forever home. They’re not telling us exactly where it’s heading because of the ongoing investigation. #khou11 #htownrush pic.twitter.com/MO9KIqBZoc

“We questioned them as to whether they were under the effects of the drugs or [whether] they actually saw a tiger,” Jason Alderete, from Houston Police Department, told ABC-affiliate KTRK.

Police also described the cage as “rinky-dink”, according to CBS, and said it had been secured with a screwdriver and a nylon strap.

The tiger was tranquilized for its safety and transported without incident.

As for the toker, he may want to rethink the need for smoking at all in a state where marijuana is still illegal unless medically dispensed.