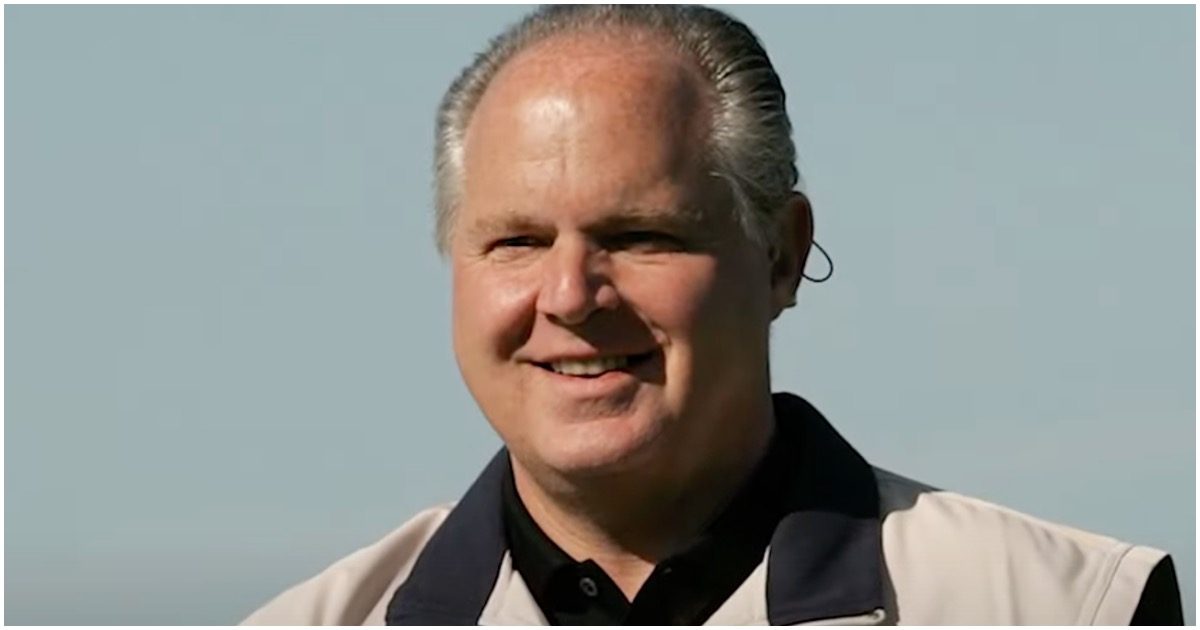 Following an unfortunately familiar pattern in the aftermath of the death of a conservative figure, Leftists rushed to mock Rush Limbaugh and celebrate news of his death after a year-long battle with lung cancer.

Among those cheering Limbaugh’s death were a host of blue checkmarks on Twitter, including celebrities, political commentators, and journalists. Here are just a few examples.

One bigot dead.
Waiting for the rest to join him. #NoBigots💀#KidVicious🔪

#RushLimbaugh has gone to his reward. Bet it’s hot.

My sincerest condolences go out to hell's other residents who now have to deal with being associated with him.

Rush Limbaugh has passed on, but worry not- his memory lives on through bigots everywhere

Limbaugh fans hating this tweet, I’m assuming because I didn’t do it in a voice mocking disabled people

Rush Limbaugh was a coward and white supremacist. He aggressively and cynically exploited divisions in our country by weaponizing hatred and bigotry for his own personal gain. He was in service to his own greed, prejudice, and hypocrisy, and that is how history will remember him.

If Rush Limbaugh deserves credit for anything, it his pioneering work in spreading disinformation and directly enabling our nation's current state of vast distrust of experts and spurning of good faith in the public discourse. He will not be missed by rational adults.

Rush Limbaugh was a foul fuck rat who spread nothing but hate & terror throughout his career. His radio show poisoned hundreds of millions of people’s minds. He’s a racist, a misogynist, & homophobe. His death brings me joy.

The idea that you say artifically nice things about people after they die is weird. I've never understood the logic of it. Rush Limbaugh was a terrible person while he was alive. He made a living by attacking the powerless. His death does not in anyway change or redeem that.

Rush Limbaugh died. Rightwingers on Twitter are heaping praise on him.

I challenge you to read the things he said about minorities, black people, gay people, women, sexual consent, torture, climate, even the Jan 6th attack, and find things to praise in there.

Never speak ill of the dead – the poet tell us – but the truth demands the recognition of some facts – besides Murdock – there has been no more destructive a practitioner of the big lie for profit in US history – https://t.co/QPW9fJguWc

It’s a real shame when someone wasted their lives spewing hate and lies .what Lonely sad and empty place it must be at the end.

I guess I'm grateful that he lived long enough to see Trump defeated by Biden.

If you need a lesson on how influential white supremacy is in America, watch the response of Rush’s death.

Me being Hellboy n shit, and having spent so much time in hades, I would like to extend my deepest sympathies to the poor devil who will no doubt have to spend the rest of eternity with Rush Limbaugh.

RIP, Rush. Your legacy will live on forever.

Biden At Town Hall: Blacks & Other ‘Minorities’ Don’t Know How to Use the Internet (Watch)