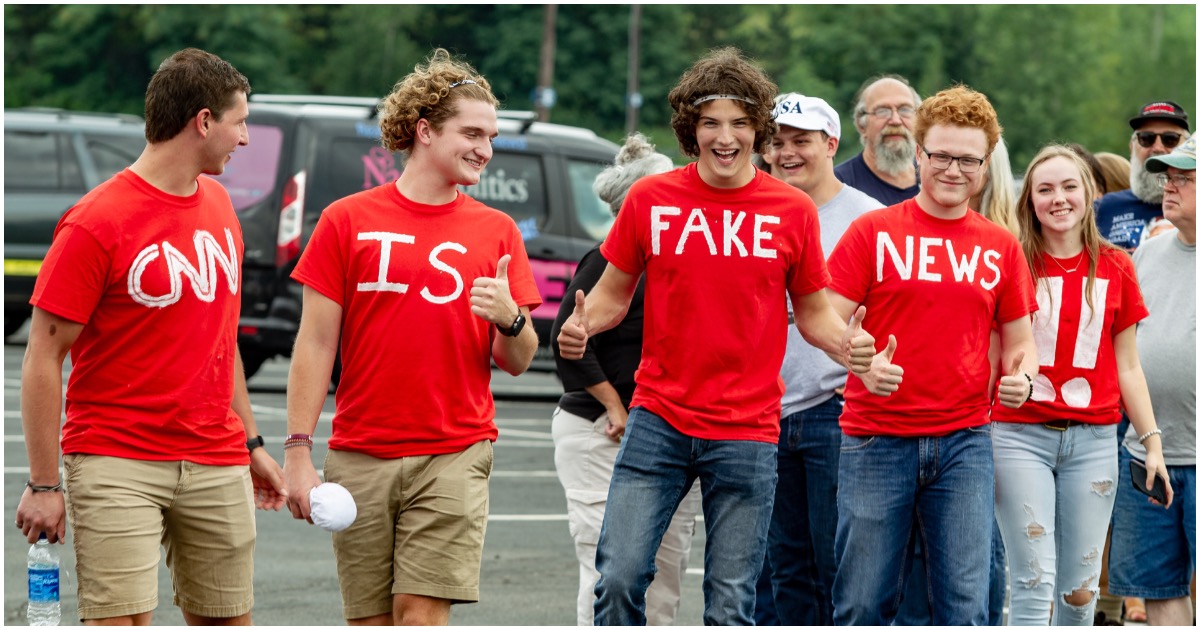 President Trump personally threw down cash from his own pocket, but was resoundingly mocked by the MSM for providing a meal consisting entirely of fast food.

Great being with the National Champion Clemson Tigers last night at the White House. Because of the Shutdown I served them massive amounts of Fast Food (I paid), over 1000 hamburgers etc. Within one hour, it was all gone. Great guys and big eaters!

Trump shows off the fast food spread the White House brought out for the Clemson players.

There was Burger King, McDonalds, Wendy's and Dominos. No sign of Chik-Fil-A, Krispy Kreme or Chipotle. pic.twitter.com/ZKibdeKVkt

CNN took things a step further, though, after 45 made a joke about “salad” while speaking to the team…

Trump: “So I had a choice. Do we have no food for you? Because we have a shutdown, or do we give you some little quick salads that the first lady will make, along with — along with the second lady, they’ll make some salads.”

Walsh: “That’s appalling. It seems to me like the president will not be happy until there is not one single female Republican voter in the country. It’s incredibly sexist.”

Burnett: “I’m not over-reading it. He made a joke that was sexist about women.”

During the Clemson Tigers' visit to the White House after their College Football National Championship win, President Donald Trump joked about personally buying hamburgers for the players instead of having his wife, Melania Trump, make them salads. https://t.co/NkHYR8F9oB pic.twitter.com/6ToibgeabA

Trump the misogynist! How dare he ask his stay-at-home wife to make salad!?

CNN is a much funnier network than Comedy Central.

Now, check out the best of MSNBC…

Related Topics:clemsonCNNFeaturedsaladTrumpWhite House
Up Next

Kate Shemirani Responds To Arrest Of Those Speaking Truth About COVID In UK
September 29th, 2020 Sons of Liberty Media