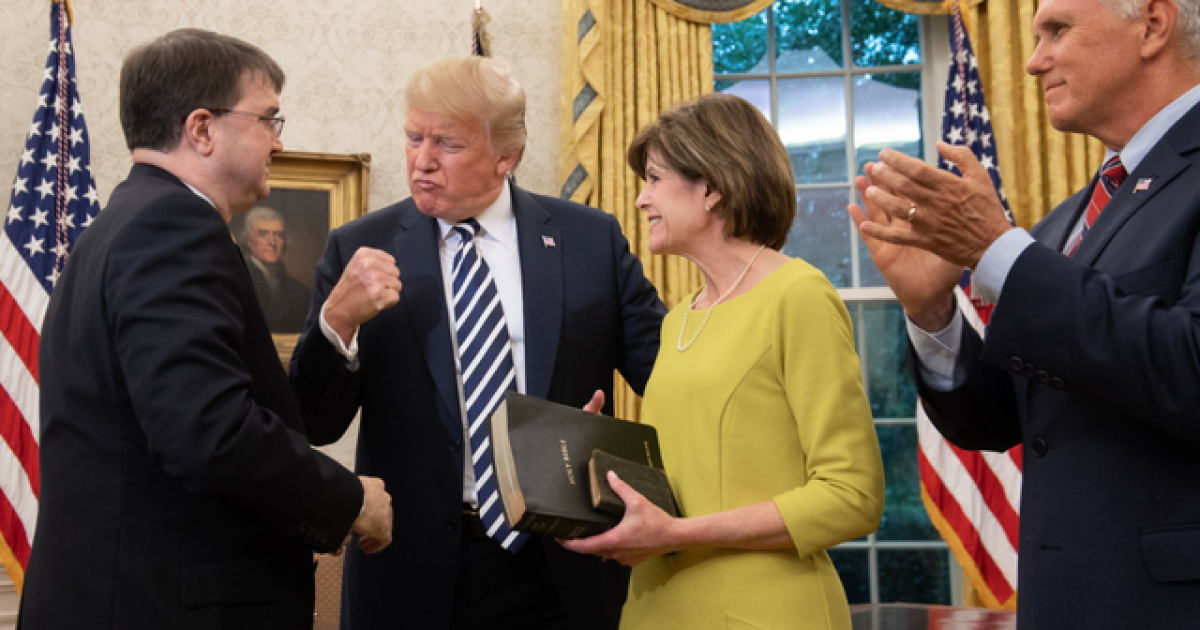 Amid all the issues Americans clash and bicker over daily, there is one issue that should always be non-partisian, and yet is need of more attention than any other domestic issue: the abysmal state of the VA.

Our Veterans are treated to a bogged-down bureaucracy that nearly always leaves them without the care and benefits they sorely need.

Fortunately, it sounds like the man Trump just brought on to be the new head of the VA has a strong moral backbone and a personal history and respect for veterans that give one hope he will run the administration in the way it ought to be run.

Demonstrative of this likelihood is the incredible story behind the Bible he chose to be sworn in on, which was not only handed down to him by his veteran grandfather, but was carried through WWII itself.

Here is the incredible story he told, according to The Daily Caller:

“The Bible that I will take my oath on reminds me of the 100th anniversary of the end of the war to end all wars,” Wilkie said, referring to WW1, “It was a Bible taken into battle by my wife’s grandfather who had probably never ventured beyond three or four counties in North and South Carolina. But by the time he was 18, he was marching up the Champs-Élysées into the cauldron of the Meuse-Argonne.”

“On another part of that battlefield was a young captain of field artillery — my great-grandfather — who left a small-town law practice in Cleveland, Mississippi, to join up with the All American Division, which, by the way, had a reluctant soldier, a scratch farmer from Pall Mall, Tennessee by way of Buncombe County, North Carolina, who would not only earn the Medal of Honor but go on to the be the greatest hero of that war. Private Onslow Bullard, Captain A.D. Somerville, and Sergeant Alvin York — ordinary Americans called upon to do extraordinary things. It is their … descendants whom we are honored to serve.  Millions of ordinary Americans who have answered a special call for us.

“Mr. President, I am humbled by your confidence. I am humbled by the prospect of serving those who have borne the battle, those American men and women who have sacrificed so much,” he concluded.

We certainly hope he can effect some serious change for the brave men and women who have so bravely served their country so that we can enjoy our liberty today, no small aspect of which is the liberty to freely read our own Bibles and worship their Author.