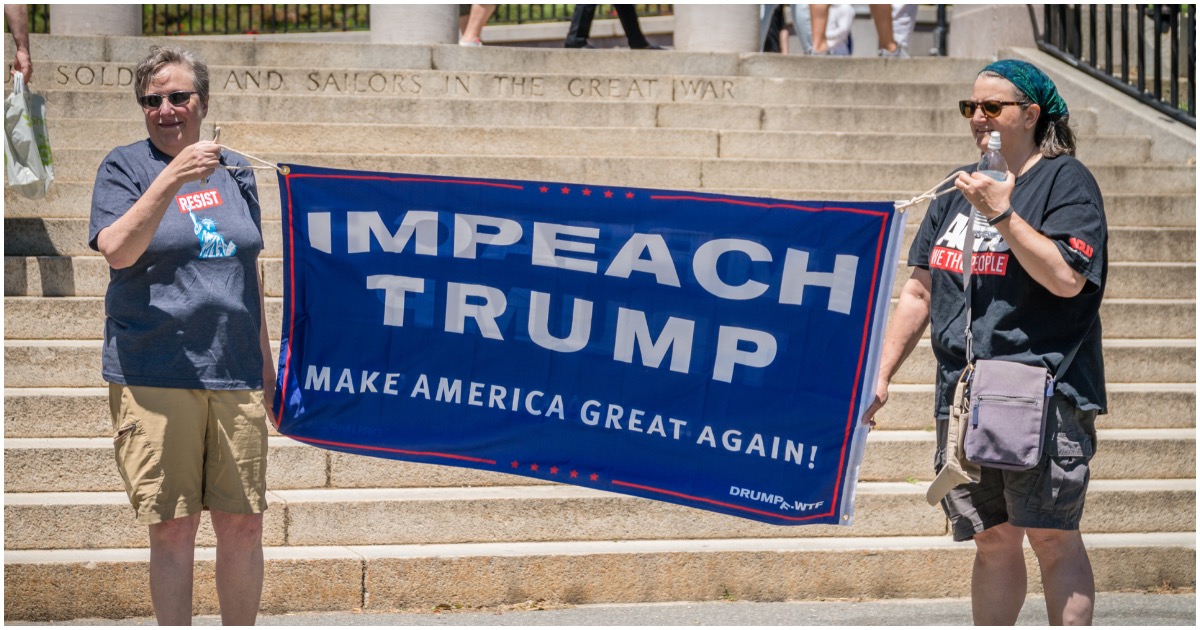 What’s going in Washington is horrifying to watch. It is like watching children on the playground yell at each other about who did what first. A game of one-upmanship where the truth gets buried. A game that the media accentuates to gain ratings and advertisers. Meanwhile, the American people sit horrified, akin to how the children of screaming parents feel.

Nancy Pelosi declares that she is starting an impeachment hearing to honor the founding fathers of our country. It is a move not prompted by the facts, but she could no longer control the unruly gangs that make up the Democratic coalition in the House of Representatives. Knowing full well that the two-year investigation by Mueller failed, here was another chance to try something new.

The chairman of the House Intelligence Committee intentionally states words that the president did not say. When challenged, he declared it was only a parody. In the pursuit of gaining fame, he aggressively seeks out cameras to wax on about what a great person he is and how he is working for the good of America.

Hidden in this story of impeachment are the real facts. Sure, the president asked a foreign leader to investigate Hunter Biden’s role in the Ukraine. Frankly, I would have done the same thing. They claimed he pressured the Ukrainian President when, in fact, the Ukrainian president acknowledged he didn’t feel pressured.

Why wouldn’t the president ask this question, once you know the facts. Hunter Biden was paid over one hundred thousand dollars a month to sit on a board of a Ukrainian company that had a bad reputation. Nowhere in his resume did it show he had any ability to help guide this company. His father, Joe Biden pressured the powers in the Ukraine to stop an investigation into the company or he would withhold one billion dollars in funding.

Hunter Biden, throughout his life, had received the benefit and privilege of having a powerful father. When he was in the armed service, he was caught using cocaine. Instead of being dishonorably discharged, he received a waiver of release. He went to some of America’s best college, but never achieved the success of his compatriots. When you look at his resume, he was able to gain contacts—not through his abilities—but through his dad’s influence. Influence that is not available for the young person struggling to make a life who goes to college and amasses a large amount of debt.

You bet I would have asked the same question the president did. In the national media television coverage last week, the president received over four hundred and twenty minutes of negative press. While only forty-two minutes were spent on the Hunter Biden issue.

The president himself is acting like a petulant child and needs to back off. Sure, he feels wronged, but he is the president and needs to hold himself to a higher standard. I wish I or anyone had the power to control his twitter outbursts. I would make him write on the chalkboard ten thousand times the famous Teddy Roosevelt quote, “Speak softly and carry a big stick.” Heck, if it was humanly possible, one million times!
The president is his own worst enemy and has not learned that his opponents know how to attack him. They know how to rile him up. Sure, the media is mostly against him. Sure, the Democrats will do anything to slow him down. But you don’t fight back with words. You fight back by doing the best job you can.
So here we sit, watching two out-of-control factions publicly embarrass us on an international stage.

We are the ones whose trust level of our leaders has sunk to 17 percent—a remarkable low when only a few decades ago it ran well into the 70 percent range. We no longer look up to our leaders but instead are ashamed.

We know that our pursuits shouldn’t be to gain fame but to serve. We know that through vengeance there are no winners. We know that listening is far better than talking.

I know it has been declared by the “politically correct police” to not mention Jesus. But the American people do know that following, Christian values will end the acrimony.

In times of identity politics, there is no bigger group than the neglected Christian voice. Maybe today our pastors will speak up. Maybe today people of faith will get a chance to voice their beliefs.

Why not try to love our neighbors? Why not try to turn the other cheek? We, the American public, are exhausted from the squabbling and want our politicians to become as great as the everyday American.

Dr. Bruce L Hartman, Christian Author and Story Teller. A former Fortune 500 CFO who left the corporate world to engage in a ministry of “Connecting The Lessons of the Gospels to the Modern Life.” His life mission is “Helping People Walk into a Brighter Future.”

He is the author of Jesus & Co. and Your Faith Has Made You Well