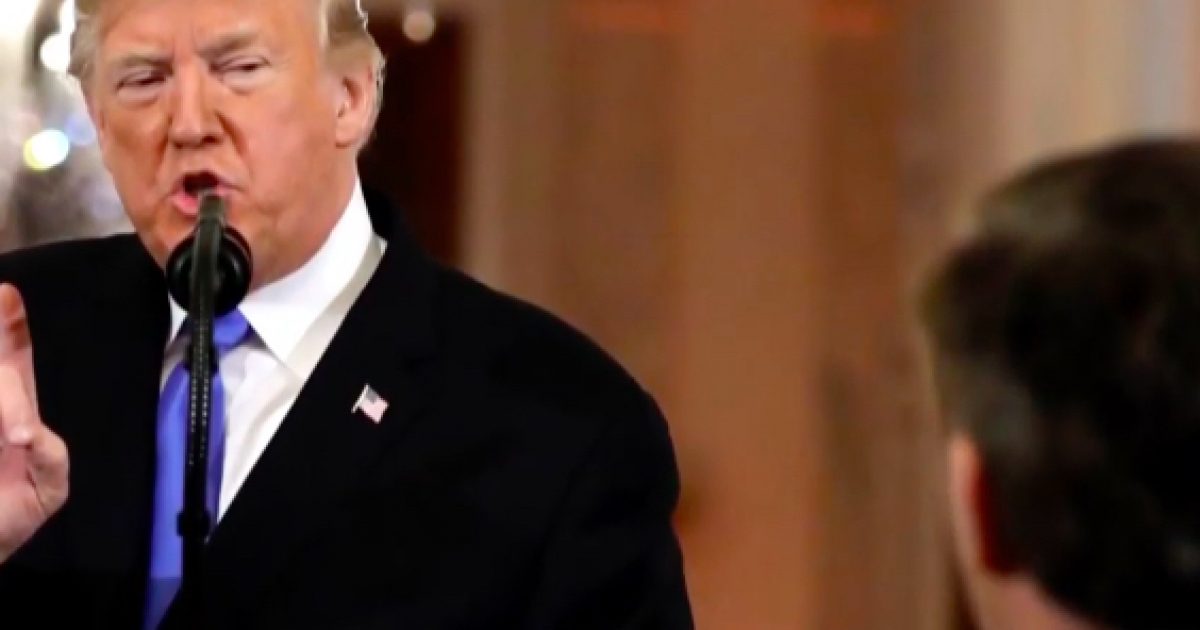 For months, CNN’s Jim Acosta has been a thorn in the side of the President of the United States in a calculated and self-serving way that has several of his colleagues calling shenanigans.

What seems obvious to those of us able to look beyond the veil of political theater is that Acosta is simply creating this aura about himself as the outspoken Trump critic.  He saw an opportunity for fame and heroism in opposing a controversial figure and he has run with it.

What Acosta failed to realize was just how blatantly obvious his search for the limelight has been to the rest of us, possibly because Acosta may subscribe to the derogatory stereotype that republicans are all under-educated hillbillies from Appalachia.

Sorry Jimmy – we’re on to you.

The latest stunt being pulled by the corporate media paid personality has landed both he and the White House in court over the rescinding of his press pass for an incident in which he put his hands on a young White House intern.

Now, after the President has threatened to re-suspend Acosta once a judge’s ruling expires, CNN is going into offensive mode, hoping to keep their ratings-gathering agitator within earshot of the Commander in Chief.

The White House has issued a new warning to CNN’s Jim Acosta, saying his press pass could be revoked again at the end of the month.

In response, CNN is asking the U.S. District Court for another emergency hearing.
“The White House is continuing to violate the First and 5th Amendments of the Constitution,” the network said in a statement. “These actions threaten all journalists and news organizations. Jim Acosta and CNN will continue to report the news about the White House and the President.”
Last Friday CNN won a temporary restraining order, forcing the White House to restore Acosta’s press access to the White House for 14 days. Judge Timothy J. Kelly ruled on Fifth Amendment grounds, saying Acosta’s right to due process had been violated. He did not rule on CNN’s argument about First Amendment violations.

There has been no explanation from CNN as to which Constitutional right protects Jim Acosta from angrily accosting young women in the White House.
Parler Facebook Twitter
Related Topics:CNNDonald TrumpFeaturedfree speechJim Acosta
Up Next

Sarah Sanders Shreds Acosta Like Never Before, & He Won’t Be Able to Recover