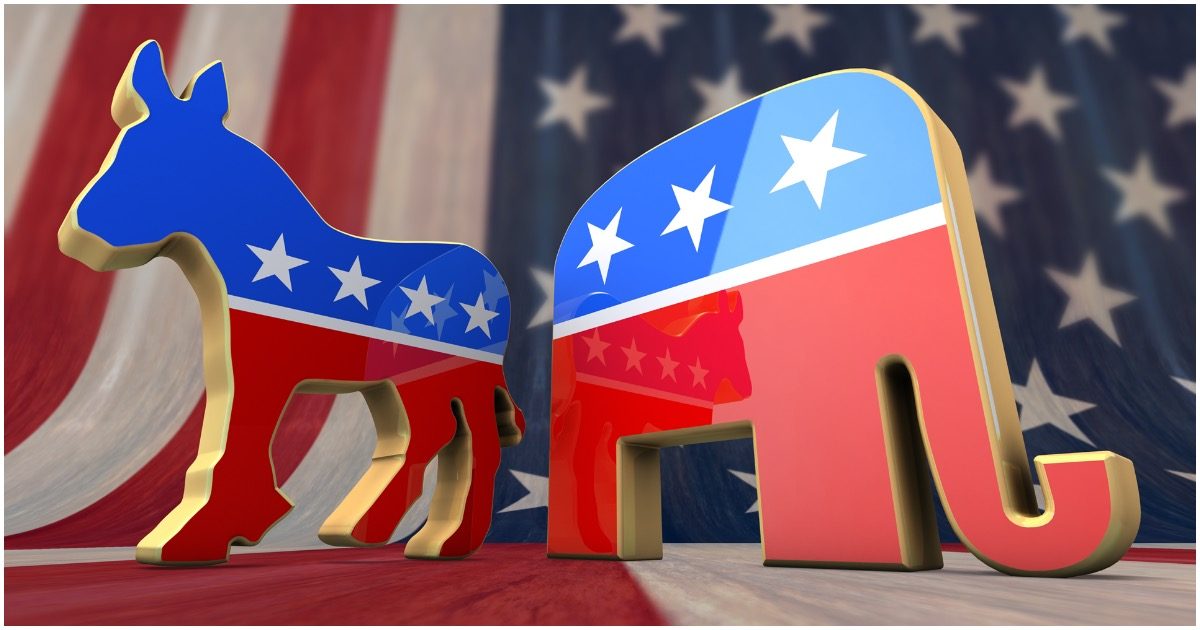 This week was a landmark for the Trump presidency. On February 4, the president delivered an eloquent State of the Union speech summarizing the many achievements of his first three years in office. On February 5, the impeachment charges against him were voted down by the Senate and he was acquitted. This was a week that the president can be proud of. He walks away stronger than ever before.

Sadly, the media refuses to acknowledge the unqualified success of the Trump presidency. In so doing, they unwittingly cast a spotlight on the utter meltdown of the Democratic Party. Trump’s very existence has torpedoed the party that just a few short years ago placed laurels on the heads of Barack Obama and Hillary Clinton. For the miserable attempt to bring this country down, their heads should roll. “Obama’s legacy is in utter ruins,” says Matt Margolis in Trumping Obama. “His executive pen was really a pencil and Trump was the eraser. The Obama era—once seen as transformative and consequential—will now be a mere footnote in history.”

The Democratic Party has no clear platform other than contempt for the most successful president since Reagan. This is a party that is steeped in negativity and sheer incompetence. They have no answer to the success of Trump’s economic and foreign policies. A flimsy attempt has been made to downplay Trump’s achievements by suggesting that the statistics cited in his SOTU speech are false, that Trump’s results have not been as laudatory as the president and the facts attest. It is to be hoped that the voters are not so gullible as to accept this claptrap.

One of the serious accusations laid at Trump’s feet by the Democrats is that he is not presidential. What does that really mean? Is being presidential to be equated with the phony boy scout behavior that we saw in Obama and George W. Bush and Jimmy Carter? I say it is defined by strong leadership, upholding traditional American values, and keeping campaign promises. Trump certainly has his rough edges, but if you are truly seeking presidential behavior, all you have to do is listen to Trump’s unapologetically positive State of the Union. And did you notice that never once did he refer to the impeachment fiasco? He remained above the craziness that is characteristic of Pelosi & Company.

Ironically, the big headline this week is that Speaker of the House Nancy Pelosi tore up the president’s speech, as though she did something heroic. How pathetic. How unpresidential. How indicative of the ideological bankruptcy of her party. The Iowa caucuses were another reflection of the depths to which this party has sunk. The embrace of socialism by the party’s presidential candidates and their positions on immigration, climate, healthcare, and education reflect support for unlimited government over individual rights. If the Democrats have their way, we will have a socialist nation run by unelected, unaccountable bureaucrats. The Democratic Party is all about the acquisition of political power and nothing more.

Look at the cast of characters. Schiff, Nadler, Schumer, and Maxine Waters are complete lunatics. Pelosi is an embarrassment. The “democratic socialists”—Sanders, Warren, and the Squad—are so far from the middle-of-the-road Democratic Party that they are unrecognizable to traditional Democratic voters. Others—Buttigieg, Harris, Booker, Klobuchar—are just plain forgettable. And let’s not forget the billionaires—Bloomberg and Steyer—who want to buy the 2020 election.

The final indignity of which the Democratic Party is guilty has been its unrelenting attempt to invalidate the 2016 presidential election. The ridiculous, partisan Mueller investigation found no wrongdoing by the president in spite of their best efforts to sink him. The subsequent attempt to impeach Trump by the Democratic members of Congress revealed them to be false and seditious by virtue of their supporting articles of impeachment that clearly were without merit. And let’s not forget this question: Why did they push for impeachment when everyone over the age of five knew it would end in defeat? Is there any doubt that they are wanting in judgment and integrity? I have a radical proposal. Let the voters decide.

ICYMI: Dem Senator Admits ‘Tremendous Fear’ Trump Will Be Re-Elected If Not Booted From Office

No, Taylor Swift — Tennessee Christianity Does Not Support Your View [Opinion]