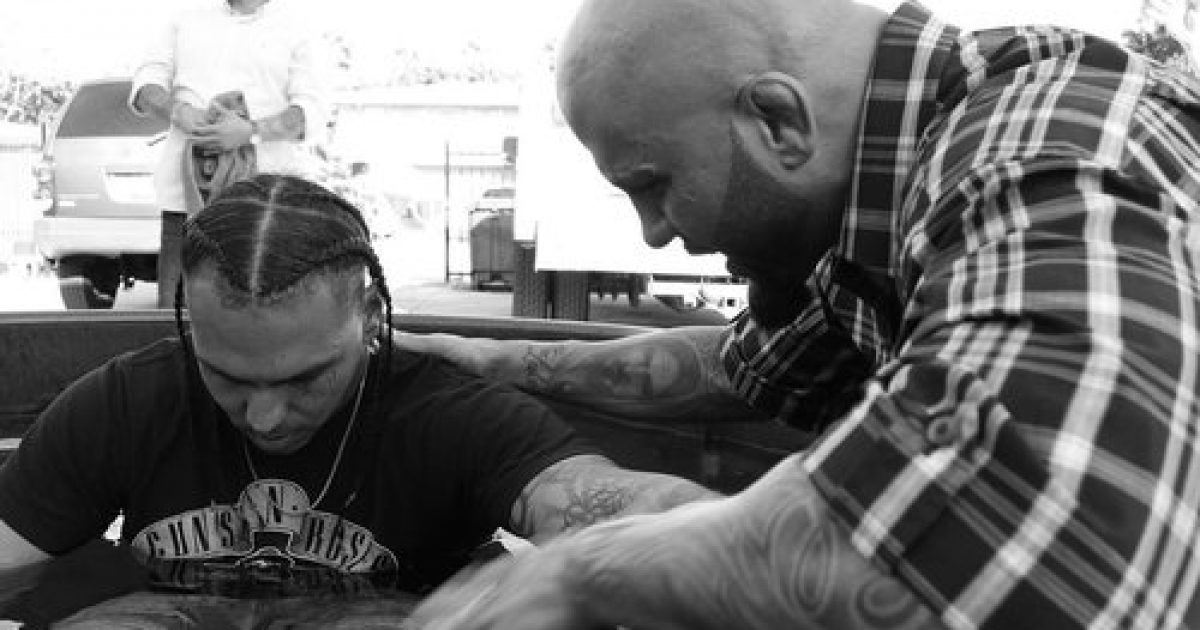 America’s urban communities are ravaged daily by violent street gangs, but stories like that of former gang leader and mixed martial arts fighter Rene “Level” Martinez remind us that nothing, and no one, is bigger than our heart-changing God.
The streets Martinez once terrorized as a gang member he now walks a peaceful man, preaching the gospel of Jesus Christ.
Like too many of America’s young people, Martinez grew up without a father, and his mother was “in the streets,” he said in an interview with CBN News.
For Martinez, life started out hard not just socially, but spiritually. “My mom was into Santería,” he added, “which is like a form of witchcraft, sacrificing animals all over me as a kid, and I started seeing demons. They haunted me my whole life.”
Before even entering high school, Martinez had already embarked on a life of crime, and by 1990, he’d been initiated into Florida’s gang scene.
“We had almost like 300 members and feds were investigating us,” he said of the gang he started in 1990, known as the Latin Syndicate. “Half of my homies are in prison. Half of them are dead.”
Still, God wasn’t done allowing Level to experience the depths of depravity gang life can offer. His life would be threatened and miraculously spared several times over.
“I remember the time the gun jammed in my face,” he shared. “I remember the time the bullet grazed my head. The other time the bullet whistled by my ear. The times I was running through the backyard and they were shooting at me. All the times I got shot at. All the times I was half-dead, but I was still alive.”
Later on in life, and after starting a family, Level traded a life of criminal violence for a career in professional violence as a mixed martial arts (MMA) fighter.
“I was always good at fighting,” Martinez explained. “I started fighting bare-knuckle with Kimbo Slice. I was beating everybody bare-knuckle; we’re betting money in the backyards, bare-knuckle, I’m winning.”
“My name got so big that Telemundo came and they offered me a pro contract,” he added. “I went to Nicaragua beat the three-time world champion, Ricardo Mayorga.”
Even though Level had abandoned the criminal life, he was still a spiritually-dead man walking: “I had the money. I had the fame. I was doing the gangster music. But I was empty inside.”
But, like so many sons, he was reached by the power of his mother’s prayers after she herself became a Christian.
Finally, in 2016, Level had a radical encounter with God that literally brought him to his knees. “It’s like he showed me my whole life in a matter of like five seconds,” he said.
“I just got on my knees. I started crying out to God. And when He spoke to me, I knew that if I didn’t surrender, I felt like I was going to die.”
Now, just over two years later, Level is back on the streets, but not as a thug spreading violence and fear. Now, he’s “giving them life…”
“Now I’m giving them Jesus,” he said. “I tell them ‘repent and be baptized in the name of Jesus Christ for the remission of sins and you shall receive the gift of the Holy Ghost’, Acts 2:38. That’s what I preach.”
Level’s incredible ministry, which has a heavy focus on reaching criminals and gang members with the saving power of the gospel of Jesus, has already begun to bear fruit: “A lot of people come to Christ cause of my testimony and I’m just honored to be used by God.”
“It’s a privilege and honor to be used by him. He could have chosen anybody else,” he said. “I could have been one of the people that died early. But I’m still here and I’m grateful.”