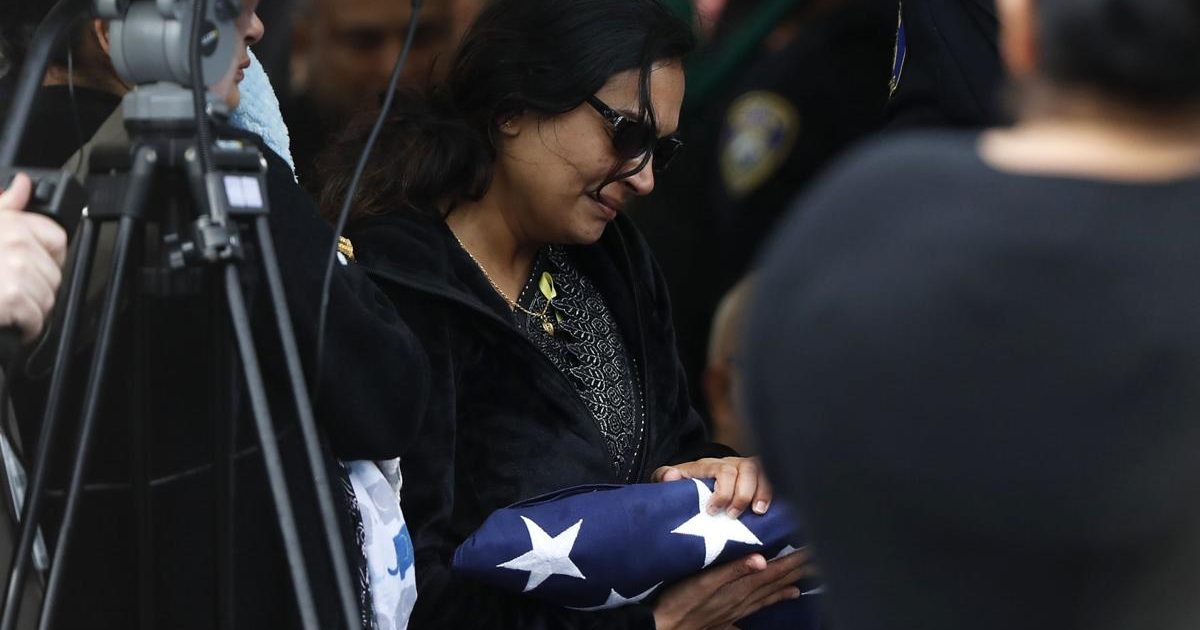 As the immigration debate intensifies, the death of Corporal Ronil Singh, the California police officer who was gunned down by an illegal immigrant in December, is a sore spot for many.

As tensions flare over immigration reform, a little-known but heartwarming story of how Americans rallied together to support Singh’s grieving widow is exactly what we need right now.

Anamika Singh knew in the back of her mind, like every wife of an officer or serviceman, that the day might come when her husband wouldn’t come home from work. And, just hours after celebrating Christmas with him and their precious baby boy, that day came.

On December 26th, Cpl. Singh was shot during a routine traffic stop by Gustavo Perez Arriaga and died on the scene at just 33 years of age.

What would his wife and five-month-old son do now? It’s life-shattering enough to lose your spouse, your soulmate, especially in such a heartbreaking way. The financial uncertainty that comes with losing your husband, the proud provider of your family, is just salt in the wound.

That’s where the Tunnel To Towers Foundation (T2T) steps in. The foundation was started by Frank Siller who named it for Stephen Siller, his brother, a fallen 9/11 firefighter.

According to their website, T2T seeks to “honor our military and first responders who continue to make the supreme sacrifice of life and limb for our country.” Through their Fallen First Responder Home program, this incredible charity provides “a support system for the surviving family and ensure that they are cared for.”

When Frank Siller highlighted Singh’s T2T fundraiser in an interview on ‘Fox And Friends’, thousands of the show’s viewers showed up in a big way to come to Anamika’s aid, raising $350,000 in just a matter of days.

Fox News Insider reported that the $300,000 goal was intended to pay off the Singh family’s mortgage, while the excess $50,000 raised will be put away for “educational opportunities” for their baby boy.

“I couldn’t be more grateful to your viewers that we’ve been able to raise all this money and relieve that burden for this great family,” Siller said in a follow-up appearance on Fox And Friends. “It makes a big difference,” Siller said. “We can help [the family of every fallen] police officer and firefighter and Gold Star family in America if most of your viewers sign up.”

More than just donating one time to the Singh family, he revealed that masses of viewers pledged to donate $11 monthly to the foundation, meaning many more families of police officers, firefighters, and military members will be supported in the wake of the immense sacrifices they’ve made to our nation.

When He Hears His Granddaughter Start To Sing, He Bursts Into Tears. Watch This, and You May Too