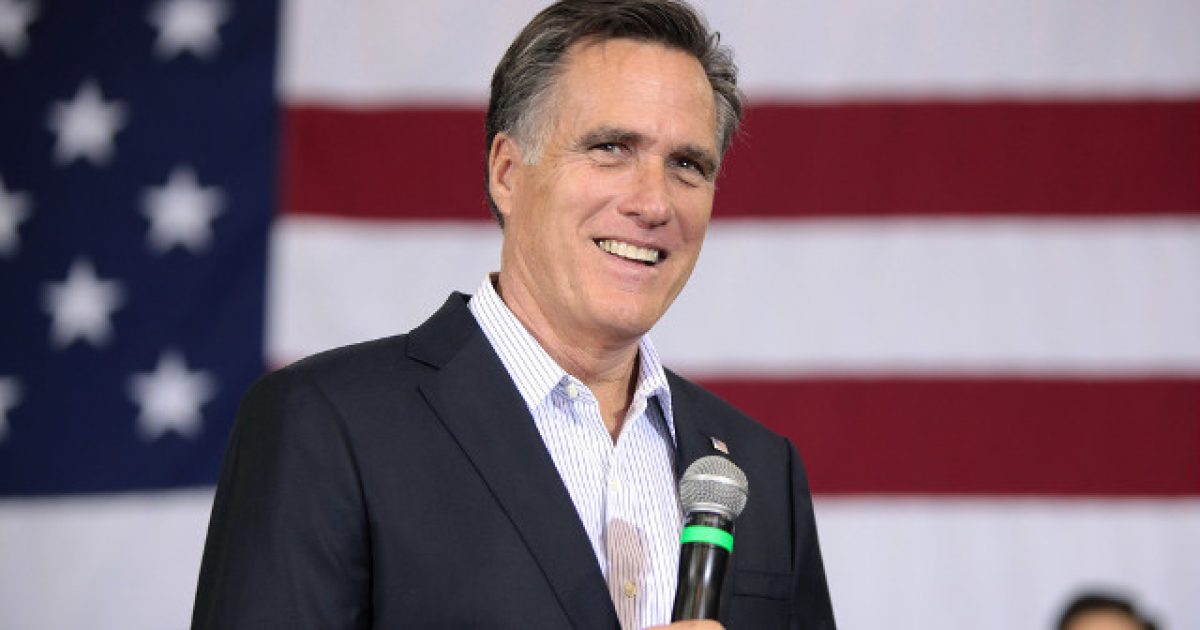 Mitt Romney has long been rumored a possibly challenger to President Donald Trump for the republican nomination in 2020 should the GOP opt to head in the direction of primary-ing the Commander in Chief.

Of course, given President Trump’s massive popularity, the idea of making him work for the republican nomination seems a bit silly.  Even if you take into consideration how divided the nation feels at this time, they are divided between Trump supporters and Trump haters more so than down party lines.

Challenging Trump would be a death sentence for the republican party, simply put.

Yet, here we are, with Mitt Romney spouting off against the President, as he is wont to do, this time with the visceral angst of a man on a mission.

For weeks, incoming Utah Sen. Mitt Romney has been tight-lipped as he prepares to be sworn in on Thursday, disappointing his longtime friends who hoped he would emerge as a new power center for mainstream Republicans in President Trump’s Washington, particularly with the Senate now without the late John McCain.

Romney’s tweets last month included a musing on church hymns and pictures of his grandchildren — and nothing about Trump. “Sorry, guys,” he’d say as he rushed by and ignored reporters’ questions in the Capitol’s halls.

But on Tuesday night, Romney jolted his allies — and the White House — by publishing a scathing critique of Trump in The Washington Post that said the president “has not risen to the mantle of the office.”

All of Mitt’s recent bouts of mania seem to indicate a resurgence for Romney, and the likely possibility that we will see the Utah Senator reaching for his own piece of the “mantle” of the Presidency.

The MAGA crowd will not be pleased.