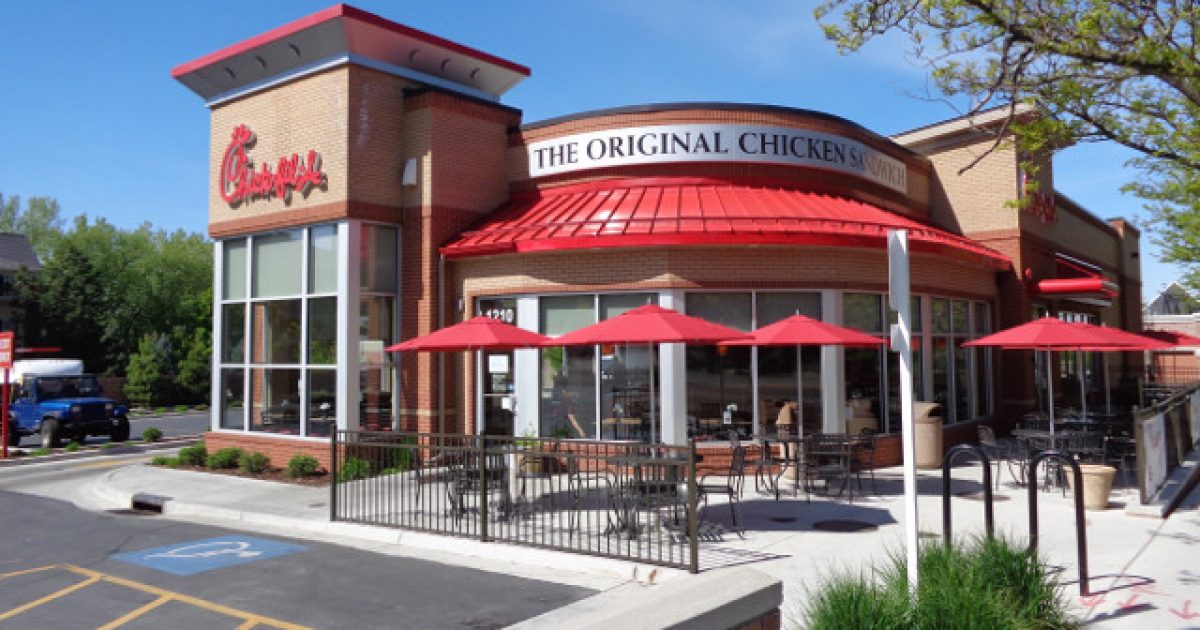 One of the left’s most hated enemies in the corporate world is without a doubt Chick-fil-A, a restaurant chain that not only has fabulous food, but has managed to win the hearts and minds of the public around the world for its good deeds and thoughtful community engagement.

Liberals, particularly those in the LGBT community, have tried for many, many years now to boycott the restaurant chain and sink it, but have absolutely failed in their endeavors.

Perhaps, seeing as how Christians own this company, the LGBT community ought to consider that fighting against God isn’t a wise choice.

“Chick-fil-A’s annual sales have more than doubled since LGBT and liberal groups began calling for a boycott of the restaurant in 2012, according to a new analysis,” reports Christian Headlines. “In 2012, when controversy arose over the CEO’s comments about same-sex marriage, sales totaled $4.6 billion, up from $4.1 billion the year before. In 2018, sales totaled $10.46 billion, making it the third-largest restaurant in the United States behind McDonald’s and Starbucks.”

On top of the sales bumps, the chain has added 700 new restaurants in the span of those seven years. Journal & Courier noted that in 2018 alone, Chick-fil-A saw a sales increase more than four times that of Starbucks at 16.7%.

As of now there are 2,4000 Chick-fil-A locations across America, while there are nearly 14,000 Starbucks and McDonald’s locations each.

For those who are interested in getting into the restaurant business, to open up a franchise for Chick-fil-A is only $10,000, which is 10 percent of the minimum cost to open up a McDonald’s. The average Chick-fil-A brings in about $4.6 million in annual sales, so it’s a lucrative opportunity.

The main takeaway from this is that if you seek to run a business with a quality product, put customers first, honor your employees, and go out of your way to make your local community a better place, all while putting God above all things, you’ll be successful, no matter who tries to step in your way.

The LGBT movement is truly a minority of voices who aren’t fighting for equality, but to become a protected class that ends up with more rights than you and I. The fact they can’t sink this company is proof that culture isn’t on their side.