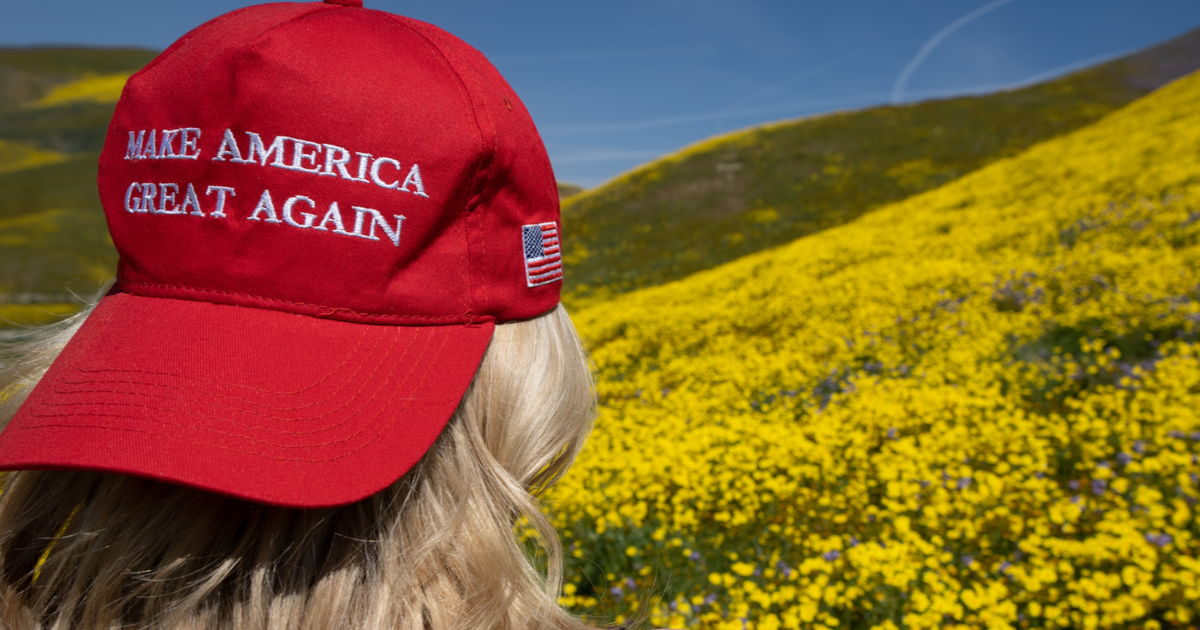 Not only has Donald Trump risen to the highest office in the land, but he has done so with the gusto of a cultural cataclysm.

His anti-establishment ethos, combined with his bombastic approach to politicking, has created quite a proud cult of celebrity around the Commander in Chief.  Trump’s iconic phrases, mannerisms, and attitude have simply permeated the American landscape since his candidacy was first announced.

And, of course, there is the simply iconic “Make America Great Again” hat, with its bold, bright red color and piercing white lettering.

Now, as the one-millionth MAGA hat sale seems inevitable, the coveted cap is being held under lock and key…but it could still be yours.

…soon, the president’s re-election team plans to give away, as part of a fundraising contest, the millionth red “Make America Great Again” hat produced by the campaign since 2015. The campaign had Trump sign it.

“We’re on the verge of selling our millionth hat,” Kayleigh McEnany, the Trump campaign’s national press secretary, told Fox News during a recent visit to the campaign offices in Northern Virginia.

In a fundraising email to supporters Tuesday, the campaign said anyone who contributed to the campaign that day would be automatically entered in the contest to win the hat. The president, the campaign said, signed the hat at his desk in the White House and plans to present it to the winner at an upcoming rally.

The hat is currently squirreled away, being “guarded” by John Pence – nephew of Vice President Mike Pence, and a staffer on the President’s reelection campaign.

In determining the “millionth” hat, Trump’s team only considered hats sold officially through the campaign, and not the glut of counterfeits that have been produced over the course of the last few years.

Related Topics:2020 electionDonald TrumpFeaturedfundraisingMAGA
Up Next

Troubled Actor Apologizes to POTUS and Mythical ‘Qanon’ Before Suicide