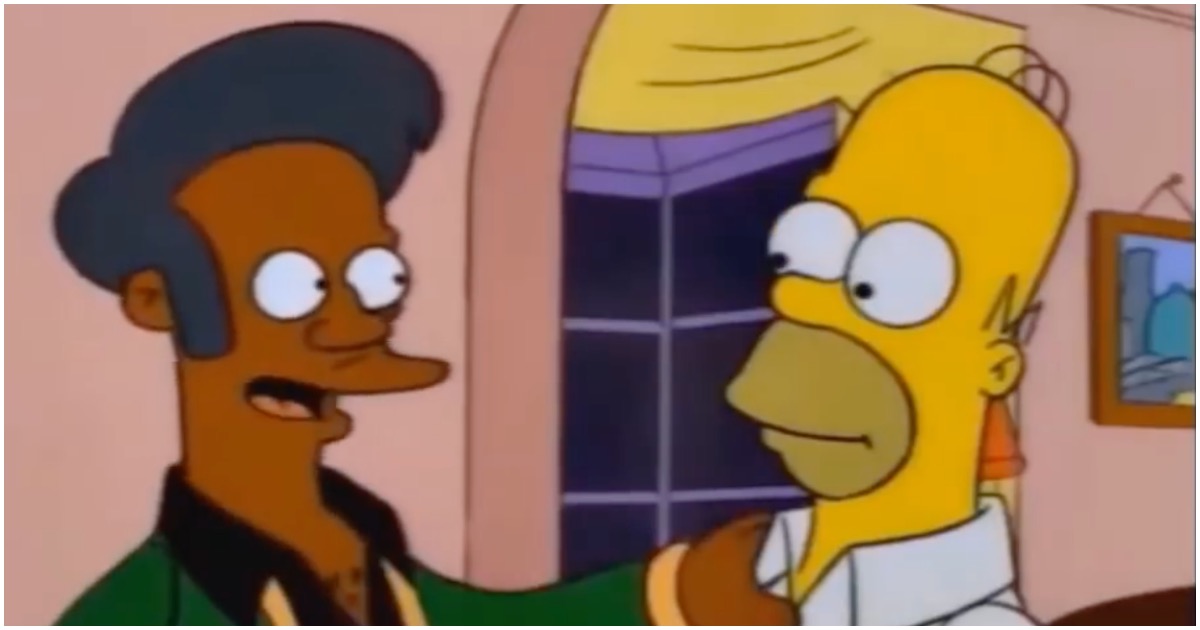 Talented actor Hank Azaria has long been the voice of Apu on “The Simpsons.”

Azaria said not long ago he’d be okay if the network decided to go with an Indian actor to replace him.

The reason involves political correctness and the fact that some believe the character makes fun of the Indian-American dialect.

In other words, Apu being voiced by a white man is wrong and he is portrayed negatively.

It now appears Apu is on his way out.

The impact and lasting legacy of the fictional Apu Nahasapeemapetilon (voiced by Hank Azaria), has been sharply debated since the debut of comedian Hari Kondabolu’s documentary “The Problem With Apu” in November 2017, which examined the stereotypes about Indian Americans that Apu embodied. The documentary featured several South Asian celebrities and newsmakers, including comedian Aparna Nancherla and actor Kal Penn, as they recalled the way Apu made them reflect on their own identities.

Agreed. There are so many ways to make Apu work without getting rid of him. If true, this sucks. https://t.co/czBDIvaTV0

The cartoon addressed the controversy in an episode where Marge Simpson reads daughter Lisa a book from her own childhood, but realizes it’s offensive by today’s standards.

“Something that started decades ago and was applauded and inoffensive is now politically incorrect. What can you do?” Lisa says. A photo of Apu then appears on screen.

It has been confirmed by a ‘Simpsons’ producer. Apu is out.

The Simpsons have confirmed that controversial character Apu will be cut out of future episodes.

The long-running show has come under fire for it’s depiction of Kwik-E-Mart owner Apu Nahasapeemapetilon, with viewers complaining that the character promotes racist stereotypes of people of Indian and Asian descent.

Giving in to the crazy mob. Weak. Apu, like every other Simpsons character, was a stereotype but he was also positively portrayed… hardworking, family man, embrace American ideals while observing his own culture. He is the model immigrant… unlike groundskeeper Willie. https://t.co/cGc7i49bZS

For those who think Apu's character on The Simpsons was racist and misrepresented stereotypes, let me show you this scene.

His character was never meant to be taken seriously and in fact there's plenty of Indian representation here. pic.twitter.com/7Atxj8seQx