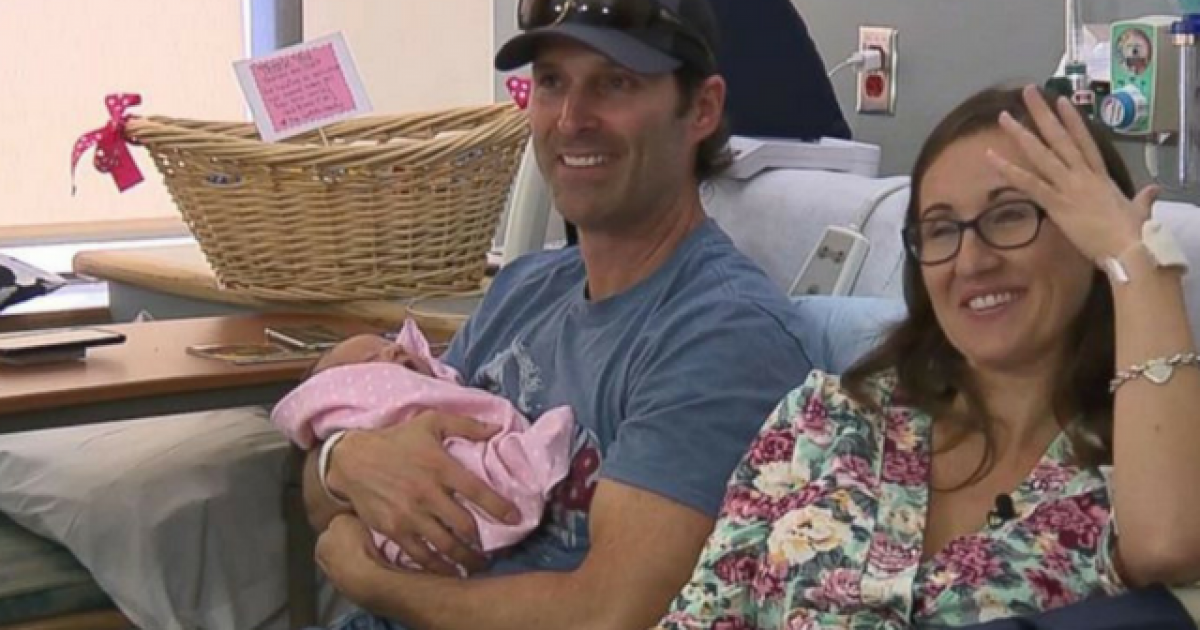 Do you remember that amazing story of a Christian, Trump-supporting family who gave birth in a bathroom stall at Chick-fil-A?

In case you missed this awesome story, here’s what happened:

Robert and Falon Griffin were on their way to the hospital and stopped at Chick-fil-A to drop their older daughters off with friends. The restaurant was closed, but, being the amazing establishment that Chick-fil-A is, they let Falon in when she knocked on the door, desperately needing to go to the bathroom.

When Robert went in a few minutes later to check on his wife, the employees told him she’d been screaming in the stall. There, he find his wife well on her way to delivering the baby:

“Her water broke in the bathroom and I walked in and saw her standing hunched over with her hands on her knees and I could barely see the head,” he told The Daily Wire in an interview. “I told her, ‘Baby we’re going to do something great, but we’re going to do it right here, right now.’”

He coached Falon through labor and successfully delivered Gracelyn Mae Violet Griffin within minutes of entering the bathroom, even stopping to unwrap the cord from around the infant’s neck without telling Falon for fear of scaring her.

Griffin later posted their story on social media, sharing an awesome little touch to their spontaneous delivery: he, worried about Gracelyn being cold in the air-conditioned restaurant, wrapped her in the shirt he was wearing at the time, which just so happened to be a Trump 2020 shirt.

Chick-fil-A and Trump have both become symbols of everything the secular, progressive, intolerant left hate about our great nation, and considering both Chick-fil-A and Trump just keep winning despite all the hate, the story of little Gracelyn’s awesome entry to the world was so delightful to conservatives and Trump supporters everywhere.

But it’s even better than we imagined.

Here are just some of the amazing details that the Daily Wire’s interview with Griffin produced:

Chick-fil-A management and employees visited the family in the hospital the day after the birth, bringing gifts and gift certificates.

Gracelyn has been given a “guaranteed first job” certificate from the location.

The family went to the same location to try to buy food on their way home from the hospital where they found out that there is now a special code in the computer so they’ll never have to pay again.

And to top it all off, it turns out that Griffin is not only a firefighter, but he volunteered with the Hurricane Harvey cleanup.

A Proposal from Nunes That Could Very Well Stop Voting Fraud