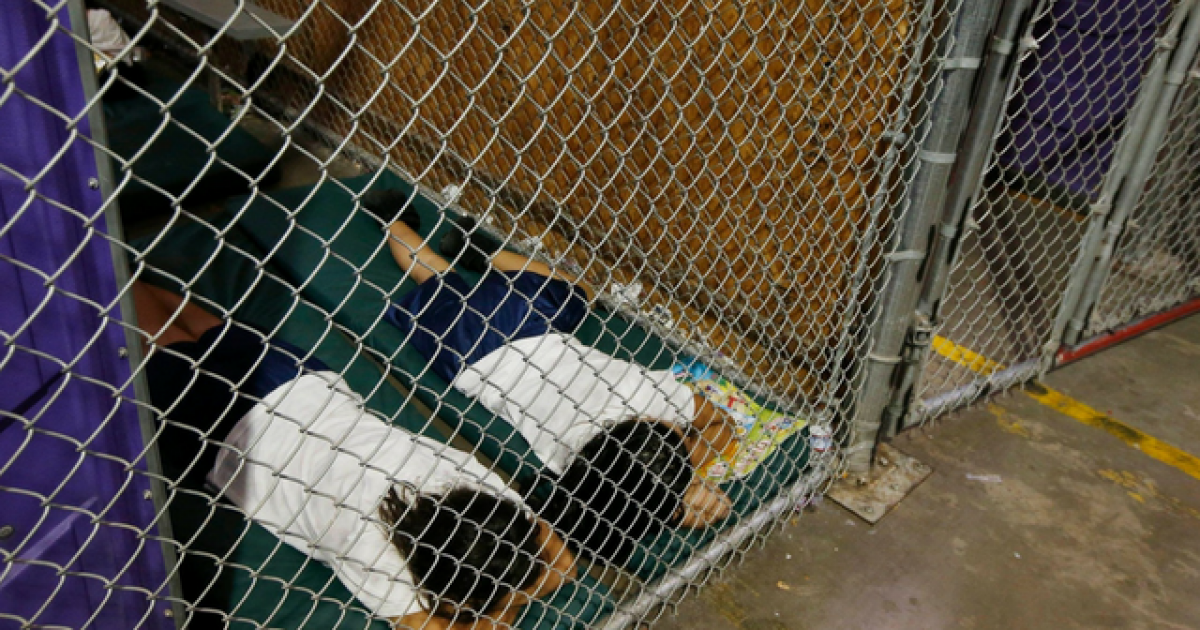 Over the weekend, liberal Twitter absolutely melted down over a stunning image of two immigrant children sleeping on the floor of a chain-linked cell at a border facility after being detained by immigration agents. The picture quickly went viral, accompanied by emotional accusations of Trump’s horrific immigration policies for putting children in cages.

When it was revealed that the picture was actually from 2014 and there was no possible way to blame Trump, conservative Twitter melted down over the conspicuous lack of one single liberal backtracking on their accusations and considering the perspective that immigrants were detained and deported under the Obama administration, too.

The Washington Times is now reporting that far from being held in cages, many unaccompanied alien children, or UAC, are living in dorms with full accommodations, treated to hearty meals, cable television, even trips to amusement parks–all on the taxpayer dime.

In contrast to the viral image of caged children from the weekend, they write, “Here is another image: illegal immigrant children set up in comfy dormitories, coloring with “multicultural crayons,” watching their favorite soccer teams from back home on the extensive cable system, even kicking the ball around themselves on a beautiful new soccer field — all paid for by taxpayers.”

“There’s ‘Spanish language yoga’ for those that want it,” they continue (seriously?!) “and trips to go bowling, to visit museums and even to hit up the amusement park, at $49 a ticket, also on taxpayers’ tab. The children chow on three meals a day plus snacks, since federal rules say they must be fed ‘until they are full.'”

“On-site recreation may include: soccer tournaments; movie night; playing games on the Wii; bingo and board games; basketball and volleyball tournaments; and Spanish language yoga. During the summer children engage in water-based activities such as swimming, fishing, and playing in the sprinklers,” explain documents obtained by the paper on the conditions of UAC housing.

The Washington Times explains that both images are true; UAC are held at the border in facilities that were designed in an era when the vast majority of those crossing the border illegally were adult, male Mexicans. But over the last few years, due to Obama-era policies, still in place, that automatically place UAC with sponsors in the US, unaccompanied minors have been flooding across the border.

The children spend up to 72 hours in the border facilities seen in the infamous 2014 photograph, where they are required by law to be released.

“If the children are UAC, meaning they jump the border without their parents or come as a family but become separated after their arrival, release comes much faster — 72 hours at the maximum, according to court-mandated rules,” the Times explains.

“Then it’s off to a dorm run by social workers contracted by the Health and Human Services Department, which pays for the yoga classes, the multicultural crayons and all the other trappings designed to ease the UAC into a possible life in the U.S.”

Under the Trump administration’s new “zero tolerance” policy, more adult aliens are being detained and processed as criminals (as they have broken a law by crossing the border), meaning even more children are yes, being separated from their parents, but they don’t stay in the cages very long, as we’ve learned.

The cost on the American taxpayer for the cushy facilities they are placed in is staggering.

“HHS paid more than $1.4 billion last year to accommodate nearly 41,000 UAC in its shelters. They stayed an average of 41 days, which means taxpayers paid about $670 a day for each child. The cost of holding someone in a federal prison — a comparison some immigration activists make to the UAC situation — is just $85 a day,” the Times notes.

It seems that the truth behind yet another sensationally covered story, veiled with cries of “racism” and “white supremacy”, is more complex than simple headlines or viral tweets would have you believe. As Trump critics continue to accuse the administration of policies meant to repress people of color rather than secure a dangerously open Southern border, the truth of who exactly is crossing the border and what exactly happens to them once they cross is much less inhumane than opponents of border enforcement claim.

When you take a step back from the ideological battles and pop-culture, intersectional politic reporting, it’s undeniable that the United States, regardless of all the issues at our Southern border, does more to help people fleeing poverty, violence, or oppressive regimes than any other nation on earth, and yet we’re constantly accused of being monstrous.

This is why Trump was elected. Because he spoke for millions of Americans who are tired of seeing our tax dollars go to help those in need only to be accused of being racist for advocating for stronger borders and more sensible budgets. It remains to be seen if Trump really can clean up and secure our borders, but we’ll certainly never get an accurate picture if we rely on the hysterical left for the facts, that’s for sure.