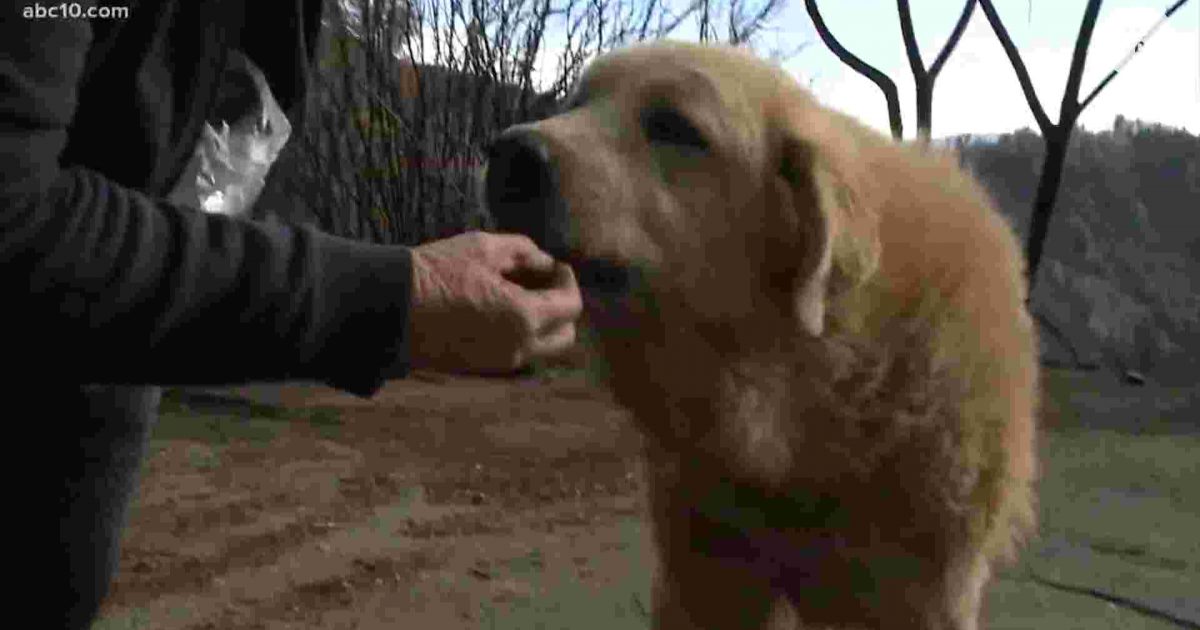 After the Camp Fire raged through Northern California, destroying thousands of acres of homes and property, animal rescuers were among the first boots on the ground in the reconstruction effort, seeking out pets who had survived the state’s deadliest wildfire to date.

One incredibly brave dog named Madison, who proved himself to be quite a challenge to recover, quickly became a favorite of K9 Paw Print Rescue.

“I had sighted Madison a few times deep in the Canyon BUT knew he took his job seriously and wasn’t going to be an easy catch,” wrote rescuer Shayla Sullivan in a comment on the viral Facebook post that shares Madison’s amazing story. Unable to capture Madison, Shayla frequently visited the area to leave food and water for the evasive dog.

Madison’s owner, Andrea Gaylord, was forced to evacuate her Paradise, California home after the Camp Fire broke out early in November, according to The Hill. Gaylord must have been utterly heartbroken as she was left unable to access her home and rescue Madison herself.

Madison, however, is an Anatolian Shepherd, a steady, reserved dog bred to guard livestock against any threat. “Their instinctual job is to watch the flocks and we’re part of them,” Gaylord said of this powerful breed. “It’s a comforting feeling.”

In spite of his home being burned to the ground and his family nowhere to be seen (or sniffed out!) amazing Madison sat and waited for them to return for an entire month!

Sullivan, who had found Gaylord’s other dog, Miguel, a whopping 87 miles away in Citrus Heights, had the idea of placing an article of clothing that would smell like Gaylord at the site “to keep Madison’s hope alive until his people could return.”

“I’m so HAPPY to report that Andrea was allowed to return to her property today and THERE MADISON WAS!!!! He had stayed to protect what was left of his home, and NEVER gave up on his people,” Sullivan announced in her comment. “I’m so happy I’m crying as I write this! He didn’t give up through the storms or the fire! A LOOOOONG month it must have been for him!

“Imagine the loyalty of hanging in through the worst of circumstances and being here waiting,” Gaylord said, praising Madison. “You could never ask for better animals.”

“I am sure as more people return the Furr Babies that survived the fire WILL know their people are back,” Sullivan excitedly concluded in her comment. “Here’s to many more reunions ahead! Keep the HOPE alive!”

WATCH: The Powerful Moment the Nashville Airport Screeched to a Halt for the National Anthem

WATCH: How Two “NICU Grandpas” Are Making a Powerful Difference in the Lives of Babies and Their Families