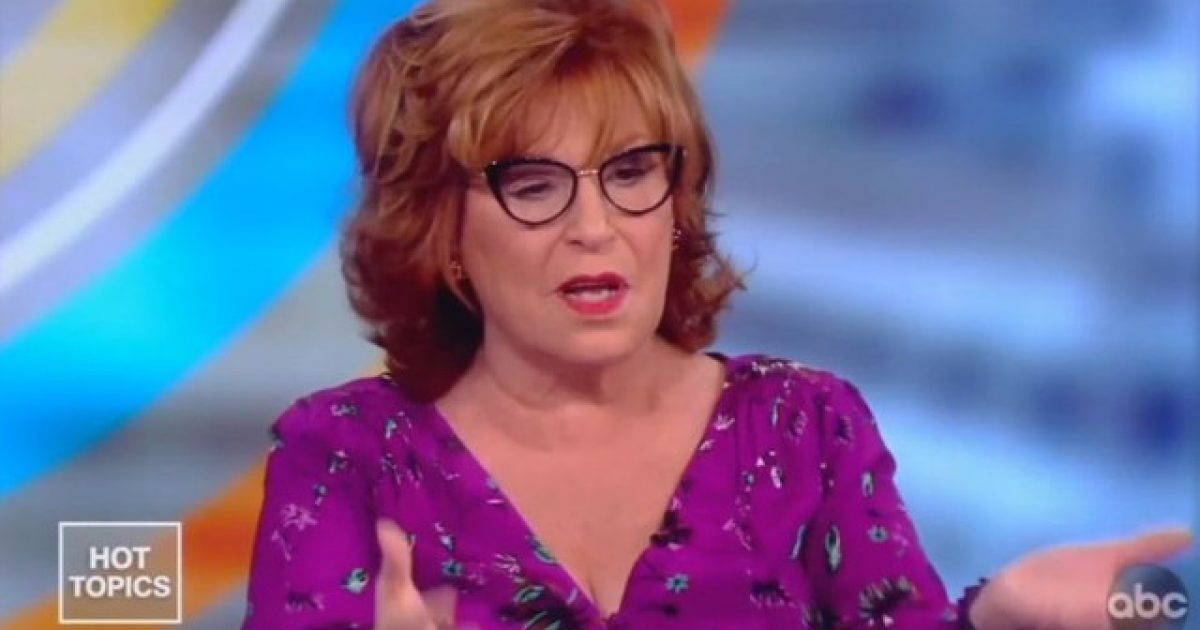 Joy Behar, co-host of “The View” so despises President Trump that she cannot seem to allow herself, or the rest of the human race, a break from constantly bashing and slamming the man, even while she’s supposedly taking a vacation.

Behar, who recently took a trip to London, ended up getting into an argument over politics with a complete stranger, claiming Trump is “destroying the planet.”

Via The Washington Times:

“When I was in London, I was in the war rooms and I got into an argument with a Trump supporter,” she said, NewsBusters reported. “All he said to me is, ‘Why can’t you give him a chance the way we gave Obama a chance?’”
Ms. Behar scoffed at the idea.

“Give him a chance? He’s destroying the planet!” she said.

“He’s destroying the democracy. He doesn’t know what he’s doing. He’s writing stupid letters to Erdogan. He’s killing people far away from us who did nothing but help us. Give him a chance? That’s the argument you’re giving me underground?”

Getting into an argument with a stranger wasn’t the only excitement for Behar on her trip. She was apparently pickpocketed as well.

“I got robbed at Harrods,” Behar recounted. “They stole my wallet. I was pickpocketed, yes.”

Former Defense Secretary James Mattis Responds To Trump: ‘I Earned My Spurs On The Battlefield’