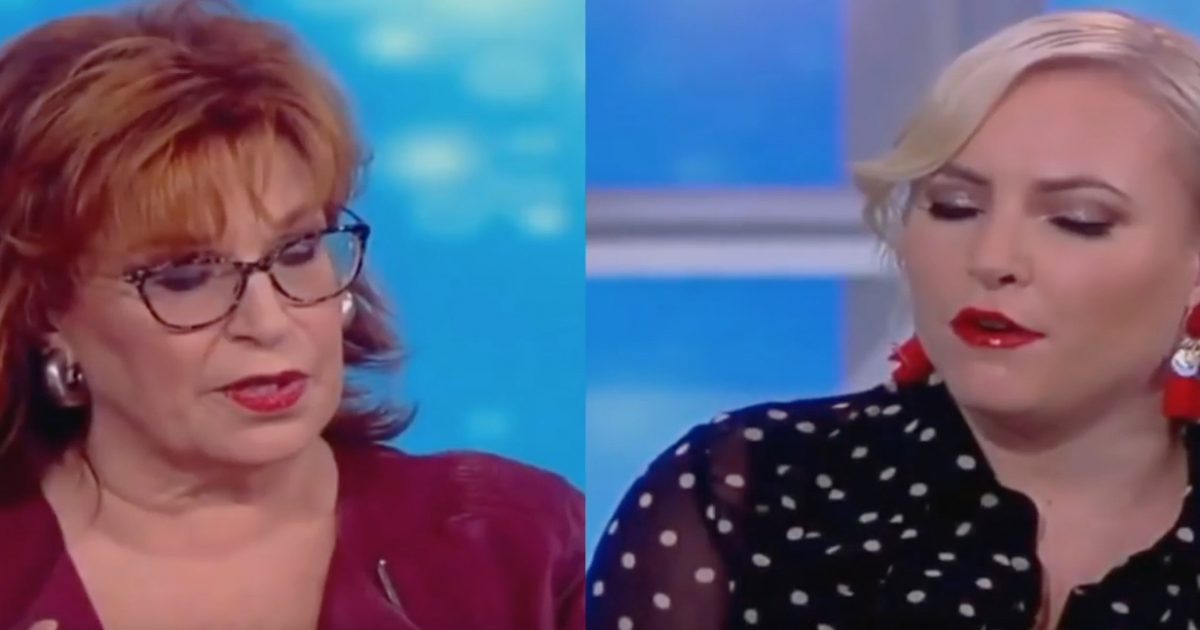 For those of us under the age of 50, Joy Behar’s name conjures only a very specific image:  That of the consummate television professional minding her P’s and Q’s while introducing softball segments on The View.

But Behar once had a little more fire in her belly.  As a woman who chose to pursue the male-dominated world of standup comedy back in the 1980’s, Behar was a bit of a ruffian, and a figurate tomboy at times in her routine.  She was certainly not a mild mannered comedienne, and that may very well have been part of the act.

This week however, after a brief scrum with Kid Rock before Thanksgiving, it seems as though Behar is returning to her more crass convictions, having verbally ripped The View cohost Meghan McCain.

After a heated discussion on-air, a commercial break was called for and Behar simply lost it.

Behar was then seen slamming her cue cards on the table and turning to sound off on McCain just as producers cut to break. Producers muted Behar’s microphone so that her expletives would not be heard on air.

But the source told DailyMail.com that Behar threw her hands in the air, yelled ‘My God!’ and ‘Get this b***h under control.’

‘If this s**t doesn’t stop I’m quitting this damn show. I can’t take this much more,’ Behar allegedly fumed.

Producers ran to the stage in an attempt to deescalate the situation, but Behar continued to rant, the source said.

‘I’ve tolerated a lot of s**t on this show but I’m at my wits’ end with this entitled b***h. Enough already! Enough already! I’m not playing nice any longer,’ Behar shouted, despite the studio audience being able to hear it all.

The irony of the left’s disgust as Kid Rock’s use of the word “bitch” to decry Behar just days ago is certainly not lost, as Behar herself is now employing the gender-derogative term to lambast her conservative cohost.

Iran Just Disrespected Trump In A Big Way, & It’s Directly Because of Obama