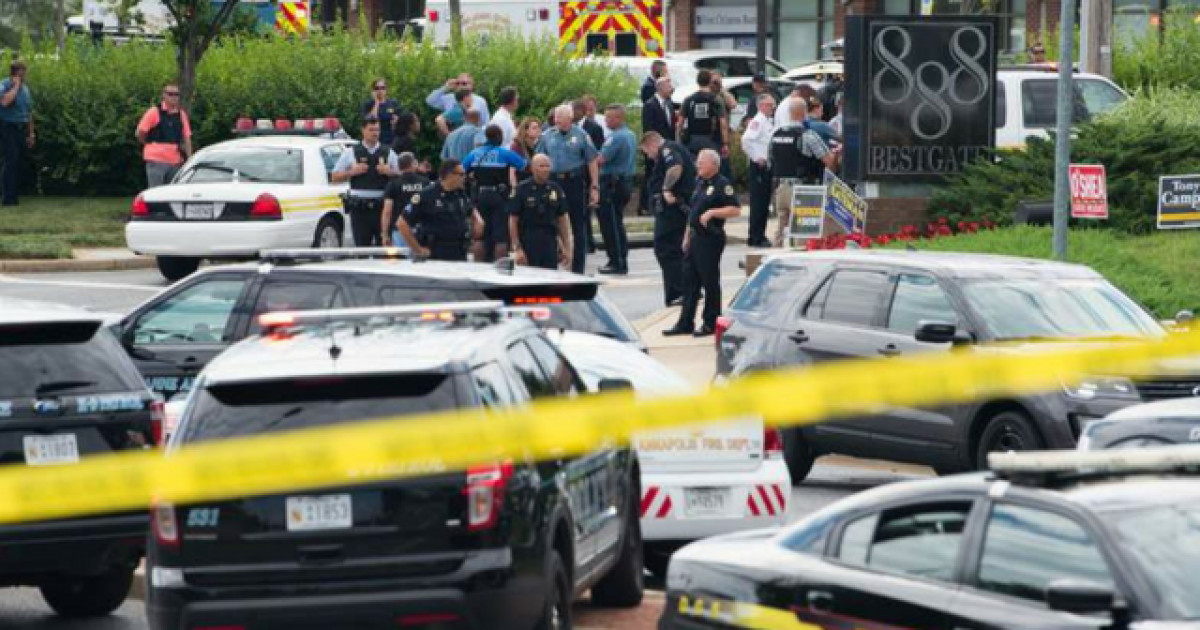 It was going to happen sooner or later. It’s barely been 12 hours since the Capitol Gazette shooting in Annapolis Thursday afternoon, but naturally, leftists are scrambling to blame Trump and the NRA, their favorite scapegoats for everything ever.

Despite the fact that the shooter’s motive was revealed pretty quickly, and it was not, in fact, his rabid support for President Trump, leftists are still doing their best to connect him to POTUS.

And–tada!–a writer for Think Progress, a site whose clear slant needs no explaining, managed to find one.

The shooter, who had a clearly pathological grudge against the newspaper after a defamation case he tried to bring against them was thrown out due to his own misunderstanding of what “defamation” is, retweeted a positive story about Trump one time.

Louder With Crowder‘s Brodigan and Courtney Kirchoff grabbed a screenshot of the revelation (so they could, wisely, blur out the shooter’s name): 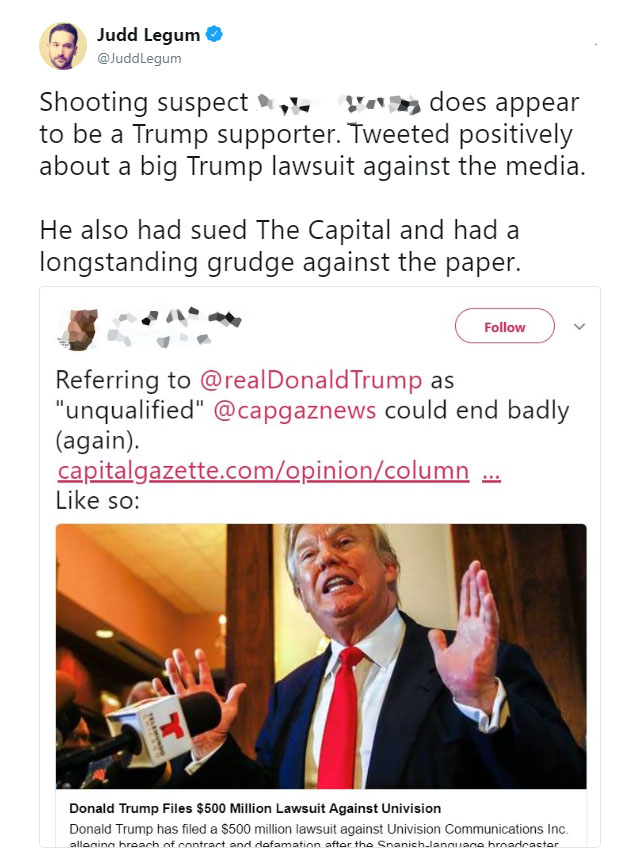 Obviously, the shooter’s beef is with the newspaper he was obsessed with. He mentions the Capital Gazette newspaper in this tweet, clearly having shared this to suggest that they could also be sued for calling Trump “unqualified”, which is in itself ridiculous considering Trump could probably care less about a local paper like the Capital Gazette.

As the Brodigan/Kirchoff team points out, “Like the media, the shooter was looking for anything which would support his narrative.”

“But had the shooter found a tweet from Barack Obama complaining about the bias of FoxNews, methinks the shooter may have been just as likely to retweet it,” they add.

So, kind of a fail from this “journalist.” But, brace yourself…the attempts to support the gun control and anti-Trump narrative are coming.

That, or the media will fail to find anything worth milking and we’ll stop hearing about this in about three days.

Annapolis Newspaper Shooting Motive: What We Know So Far