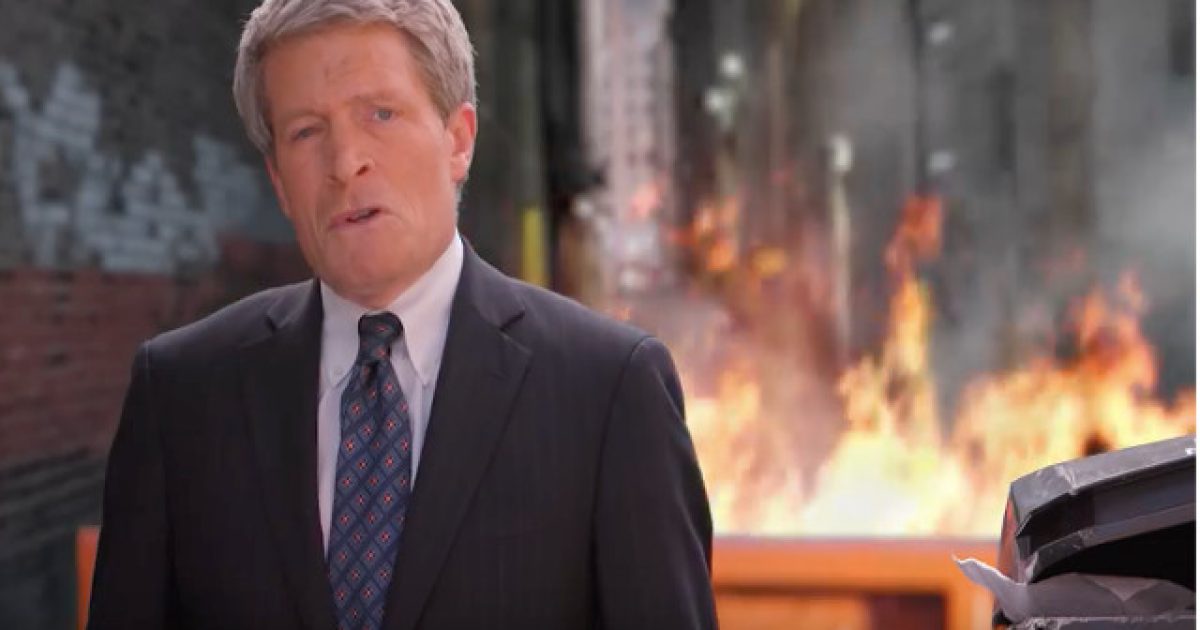 It’s getting closer and closer to election season here in the good ole U.S. of A, and that means hilariously cheesy and really poorly done campaign advertisements from both parties will be assaulting your eyeballs every five minutes on practically every channel you watch.

While there’s sure to be no shortage of entertaining commercials from candidates looking to connect with voters and persuade them to support them come November, there’s one in particular that might just be the worst ad ever created in the history of American politics.

You might think this is hyperbole, but it’s not.

In the ad, Richard Painter, who spent two years as President George W. Bush’s chief ethics lawyer before switching parties, stands before an actual fire in a dumpster. Painter, deadpan and often grimacing through the painful script, says he’s running for office to extinguish the “dumpster” fire raging in Washington, D.C. (Forget that fires don’t often rage in swamps, Painter’s off with his metaphor.)

“Some people see a dumpster fire and do nothing but watch the spectacle,” he says, squinting into the camera. “Some are too scared to face the danger, or they think it will benefit them if they just let it keep on burning.’

“Others shrug,” he says (cue candidate to raise shoulders) “and say, ‘All this talk about dumpster fires, it’s just fake news!’

Big finish: “There is an inferno raging in Washington. But here in the land of 10,000 lakes [cue awkward emphatic arm gesture as water is dumped on the dumpster], we know how to put out a fire.”

As you’ve probably guessed by now, social media is having an absolute blast with this:

Someone is playing the Richard Painter Mr. Garrison ad in the WH Press room ROFL

Me: “No political ad this cycle will make me laugh as hard as the guy pepper spraying himself.”

What a strange strange man. This ad is a dumpster fire.

Yeah, these tweets pretty much say everything that needs to be said about this mess.

If this guy’s policies are half as bad as his commercial, he should just bow out now. Like right now.