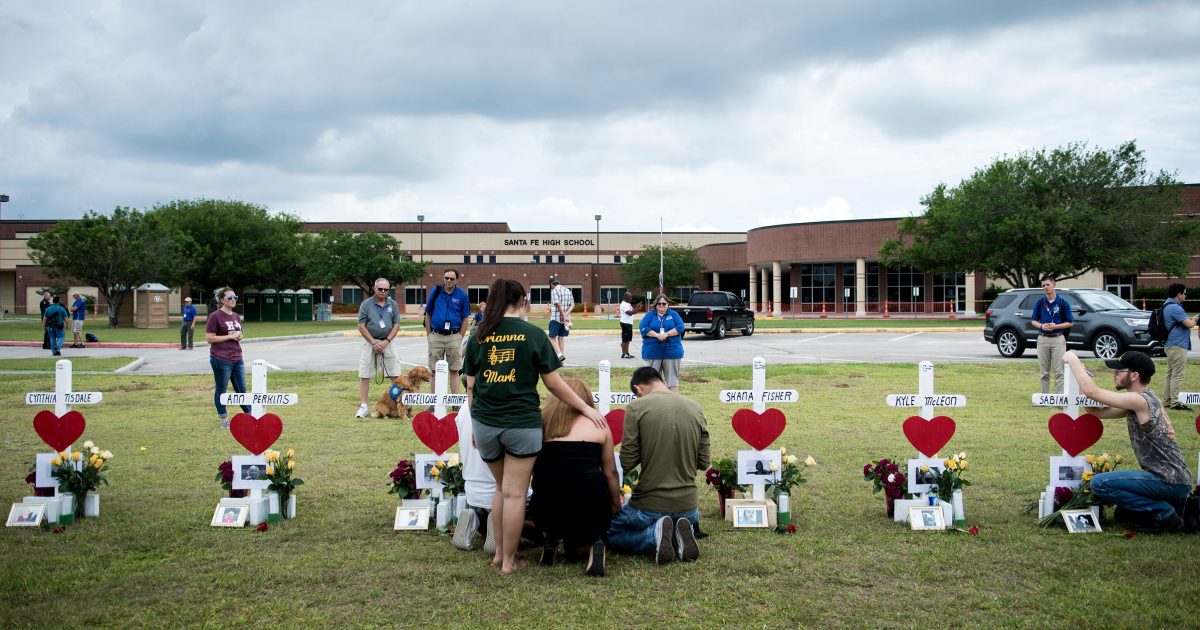 The news media would have you believe that the Parkland shooting was an organic reaction to a nation crippled with far too many school shootings.

Young David Hogg, Cameron Kaskey, and Emma Gonzalez were just innocent kids who want to go to school without the threat of gun violence, but the big, bad NRA is so determined to keep making money (despite being a not-for-profit organization) they’ll just keep forking out millions to Congress to pass laws that empower school shooters.

In reality, Broward County, Florida, where Parkland is located, was already a deep-blue county long before the shooting, and these kids were already far-left ideologically, as is much of the community in which they grew up, so becoming enraged, anti-gun protesters was a natural conclusion for them following the horrific tragedy that they couldn’t otherwise explain than to blame the guns.

In Texas, the tragic Santa Fe High School shooting is drawing a stark contrast to Parkland, because, as Matt Post of the Brady Campaign to End Gun Violence told BuzzFeed, “This is a town that wants thoughts and prayers.”

“I don’t think guns are the problem — I think people are the problem,” said another student to NBC News. “Even if we did more gun laws, people who are sick enough to do something like this are still going to figure out a way to do it. So it doesn’t matter.”

Many more residents and public officials are also putting the blame not on the NRA or Texas’ firearm culture but on mental health, a culture of violence and death, and decreased mortality. They recognize that the weapons themselves aren’t to blame, but the angry young man who carried out the shooting and the various factors that might have driven him to commit such an act.

“We have created a culture that does not value life, that does not honor God, that does not respect authority. We are reaping the consequences of those actions, and that’s not going to be reversed by a security guard or a metal detector,” Rev. Brad Drake told the LA Times.

Matt Vespa of Town Hall notes that, of course, in Parkland, the guns weren’t to blame either.

“The shooter, Nikolas Cruz, was part of an Obama-era disciplinary reform program that some are saying allowed him to slide through the cracks, despite serial write-ups on his behavior. He should have been committed in 2016 for cutting himself after breaking up with his girlfriend via the Baker Act. This would have shown up on a background check, preventing him from buying the AR-15 in February of 2017, which he used in the attack this year,” he explains.

“The FBI should have followed up on the two tips about him,” he continues. “The local police, who were called to his home over 40 times, in some cases, where Cruz was reported to have pointed guns at people’s heads, should have been able to do something to ensure public safety. The police, FBI, school, and local officials all failed here. It was a total failure. It wasn’t the NRA. It wasn’t the current gun laws. The current gun laws would have been able to prevent him from buying and owning guns if the officials had just acted upon the existing laws.”

“And don’t even get me started on the Broward County Sheriff’s Department,” he adds.

In Santa Fe, as well, the gunman was 17, meaning every step of the way he was breaking a law that’s already on the books. Santa Fe residents know this, and they know that a community in mourning deserves its time, and does not need to become a staging area for the next agenda-driven media hoopla.

“Out of Parkland there was a lot of rage immediately. I don’t feel that kind of rage here,” Post observed about Santa Fe. “It’s such a nice community that no one wants to be an adversary.”

Vespa notes that the left has a short memory, but the pro-2A right won’t soon forget this contrast. It’s sad, really, because maybe if more communities could behave in this way, we might actually be able to have more productive national conversations about how to end gun violence.

But that will never happen with a media deadset on sensationalizing and politicizing every opportune shooting.

North Korea Just Made Major Move on Nuclear Test Site, and For Once, It’s Good News