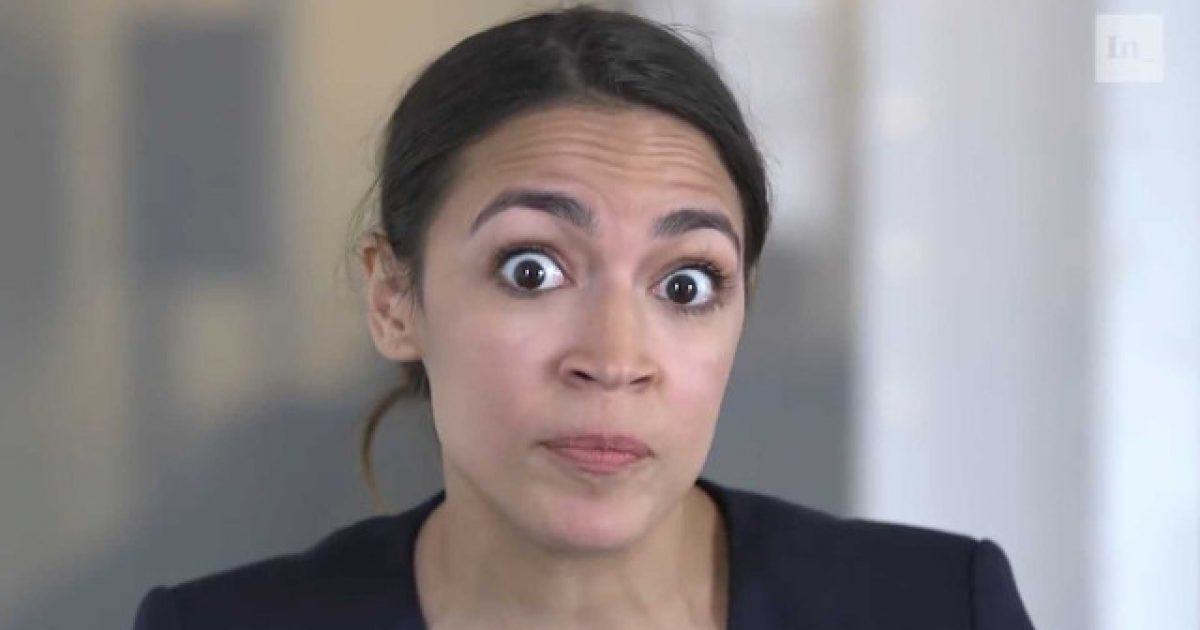 It’s no secret that many politicians tend to use fear tactics in order to persuade voters to cast a ballot for them come election time, but it seems as if the new face of the Democratic Party, Alexandria Ocasio-Cortez, who is running for Congress in New York, is taking that whole schtick to a brand new level.

Her latest campaign email is chock full of looming nightmare visions of a white supremacist apocalypse that is sure to sweep the nation if the GOP wins the mid-term elections this month.

Throughout the email, Ocasio-Cortez makes not a single campaign promise other than the promise to protect voters from the “white supremacist forces” that are apparently terrorizing the United States under President Trump.

“Six days from now, we can defeat the brutal white supremacist forces of anti-Semitism, anti-immigrant nativism, and racism,” says the famed socialist. “We can hold accountable the cold-hearted monsters who have repeatedly attacked our health care. We can send a message to the bigots and billionaires that this country belongs to all of us. We can win if we show up on November 6. We must end Republican control of Congress and begin to reclaim our nation.”

Even though the recent white supremacist hater who murdered 11 Jews at prayer in their Pittsburgh synagogue last week was not an avid Trump supporter, Ocasio-Cortez touts the left-wing media’s claim that the shooting had something to do with the GOP’s control of Congress.

A Democratic majority will not bring back the eleven Jewish people in Pittsburgh, massacred while they prayed. Or the two Black people gunned down days before at a Kroger grocery store in Kentucky. It won’t fully stop the relentless attacks against immigrants in America.

But on Sunday evening, Pittsburgh mourners—angry and broken-hearted like us—chanted ‘Vote! Vote! Vote!’ They understand the magnitude of the midterm election six days from today: that it affords us the chance to forge a powerful bulwark against Donald Trump’s hate and hold accountable the Republicans who have been complicit in every step of his toxic, self-serving, and destructive agenda. We must offer a path out of the darkness.

The email then moves on to discussing Ocasio-Cortez’s rising influence within the Democratic Party this year, attempting to paint a portrait of the young lady as some sort of folk hero underdog coming up through the ranks to change the world.

The power of this grassroots organizing isn’t abstract to me; it is the foundation of our movement. From the first day of our campaign, I walked and walked and walked. I walked until I wore holes through my shoes and my feet were soaked. Hundreds of people from my community joined me, and together we knocked on over 120,000 doors.

And then something extraordinary happened: We won. Campaigns like ours aren’t supposed to win. But we did. And we can win again on Tuesday. Across the nation, progressives are on the verge of doing the impossible.

The thing is, she didn’t just squeak by her primary opponent. She destroyed him by 15 points. That’s a huge victory.

But never fear — or maybe it’s always fear — Ocasio-Cortez gets right back to the GOP white supremacy angle.

This is our chance to take action in solidarity with everyone whose lives are threatened by the hate-filled policies of Trump and the GOP.

Our chance to push back against white supremacist forces across our nation, against the xenophobes who are militarizing the border, against the bigots who seek to erase our transgender families, against the apologists for sexual assault and the Islamophobes who sow hate to divide us.

Apparently nothing gets folks to open up their wallets faster than fear mongering.

Maryland Football Coach Reinstated After Player Died of Heatstroke. Then This Happened the Next Day.