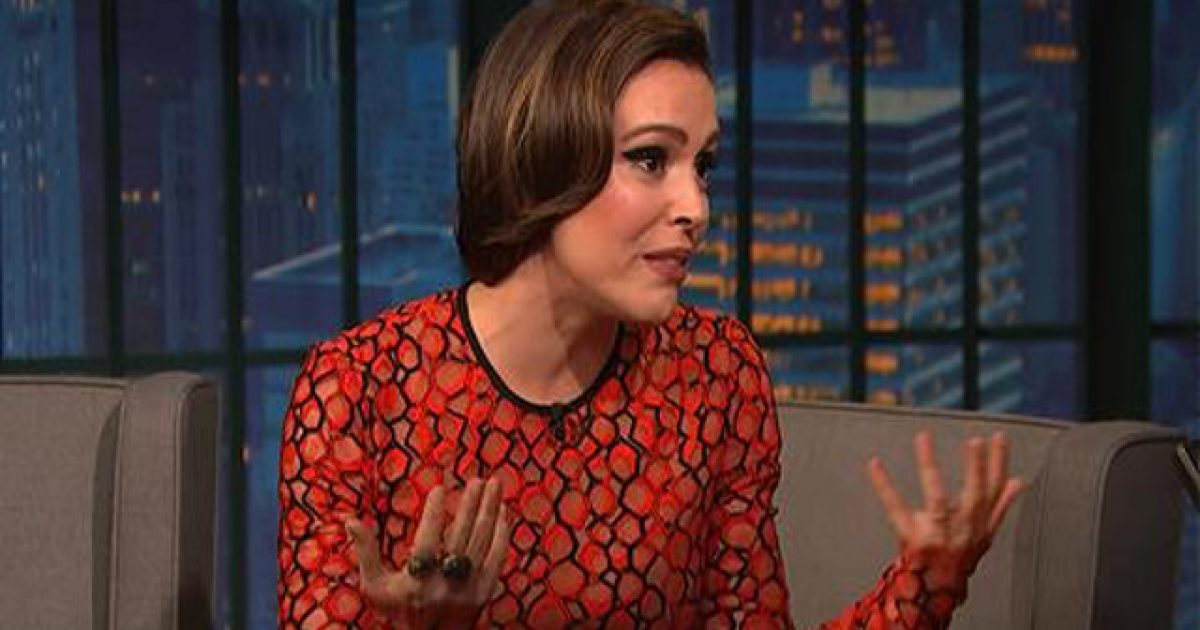 Pastor Jarrid Wilson of Harvest Christian Fellowship responded to actress and obnoxious left-wing feminist activist Alyssa Milano’s insane claim that her two abortions ushered in the “greatest joys” of her life, and what he had to say is a definite must-read.

Earlier this month, Milano revealed that she had two abortions in her 20s, which she said enabled her to have a better life, stating that her life would be lacking “all its great joys,” if she hadn’t murdered her unborn children.

Here’s what Wilson had to say via TheBlaze:

Wilson shared a photo of his children on Twitter, captioning it, “Everyone should post a picture of their kids and use the hashtag #GreatJoys.”

At the time of this writing, the “#GreatJoys” hashtag has been used numerous times, and renders a plethora of photos of smiling children all across Twitter.

Everyone should post a picture of their kids and use the hashtag #greatjoys https://t.co/GDRHRXa8Y6 pic.twitter.com/0ocQ33wGGP

In an interview with Faithwire, Wilson said that children are a “blessing from God” and should be treated as such.

“Children are our future, and a blessing from God, not a burden that so many people — specifically people who are only focused on their own achievement and goals — make them out to be,” Wilson said.

Wilson went on to say, “I believe our world needs to stop treating them that way. Whether [Milano] wants to admit it or not, she now has two children in heaven whom she will never experience the joy of parenting.”

Despite his thoughts on Milano’s sin of murder, he clearly stated that she’s not beyond the forgiveness provided for her through the sacrifice of Jesus Christ on the cross, should she decide to repent of her sins and follow Him.

This is what’s so wonderful about God. Despite our wickedness, despite the acts of absolute evil we commit, like murder, we’re not beyond the reach of His grace.

Here’s to hoping that Milano is wakened by the Holy Spirit to her need of a Savior and that she surrenders her life to Jesus Christ.

Tulsi Gabbard Destroyed Kamala Harris, Now Look What The DNC Is Doing To Her

Tucker Carlson: ‘Damning’ Evidence Against Hunter Biden ‘Vanished’ After Being Sent To Me
October 28th, 2020 Flag And Cross