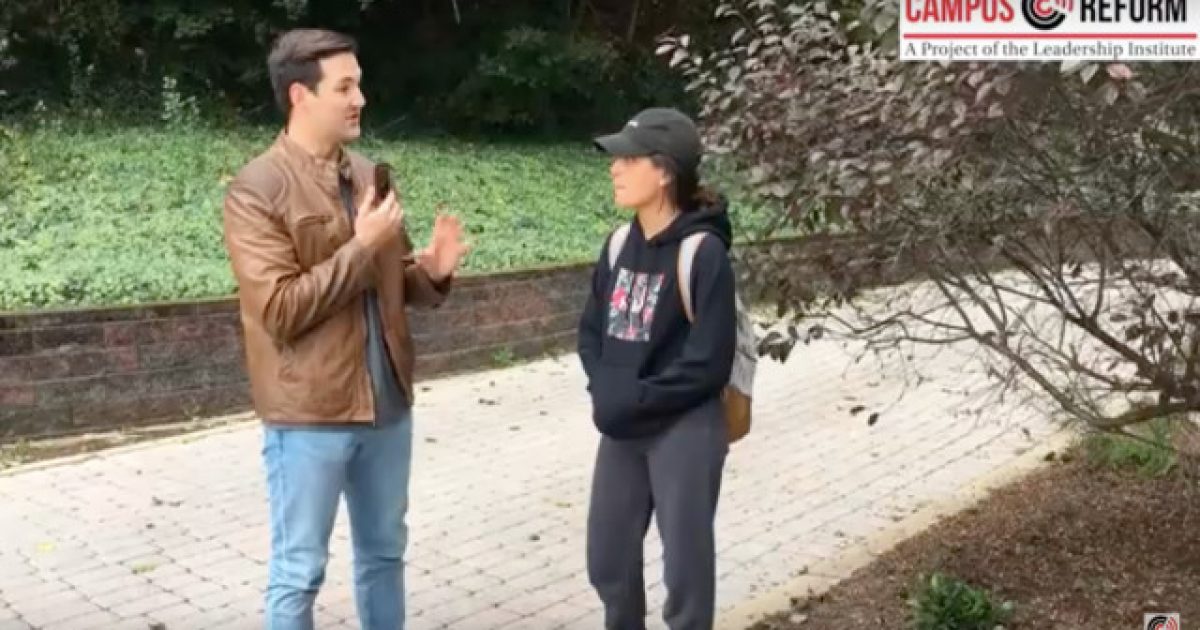 One of the biggest stories of the month of October is the migrant caravan, which is nearly 7,500 people strong, making its way from Central America to the United States border in search of asylum.

The caravan is currently in Mexico and has once again ignited the flames of passionate discourse in regard to the important issue of immigration and border security. There’s little doubt in the minds of many Americans that the caravan and how various candidates running for office in this year’s midterms approach the issue, will have a major impact on the outcome of the election.

Campus Reform recently went out and asked students what they thought about the caravan, visiting Lockhaven University in Pennsylvania.

The answers will make you terrified for the future of America.

When asked whether the U.S. should open the border to the caravan, most students shared the same sentiment: yes.

“I think we should let them in, give them a fair chance at a better life,” one student said, while another echoed her point, saying, “it’s dumb that we stole this land […] and now we’re gonna point at someone else and tell them they can’t come in here.”

One student explained his reasoning by saying, “I’m open to the idea of letting an influx of migrants come in because I think diversity creates strength.”

Some students were in support of securing the border and forcing people to enter the country legally. Among them was one female student who said: “You have to prove yourself […] to not be a threat to the country and show motivation to benefit our country.”

What did the rest of the students say when asked who, if anyone, the U.S. should stop from crossing the border?

Watch the video to find out:

Open borders are dangerous for a number of reasons, most of which should be obvious to anyone with a penny’s worth of common sense.

Would you leave your front door open for strangers to just willy-nilly come into your home? Of course not. That would be ludicrous. Such reckless behavior would increase your chances of being a victim of violent crime exponentially.

The same principle can be applied to our country and border security. If we don’t have a secure border, members of terrorist and criminal organizations will filter into our nations and people will die. Resources will be depleted.

To do such a thing is poor stewardship of life and liberty.

In other words, no, we shouldn’t have open borders.

MUST SEE: The Most Poignant “Racist Hillary” Meme of All Time