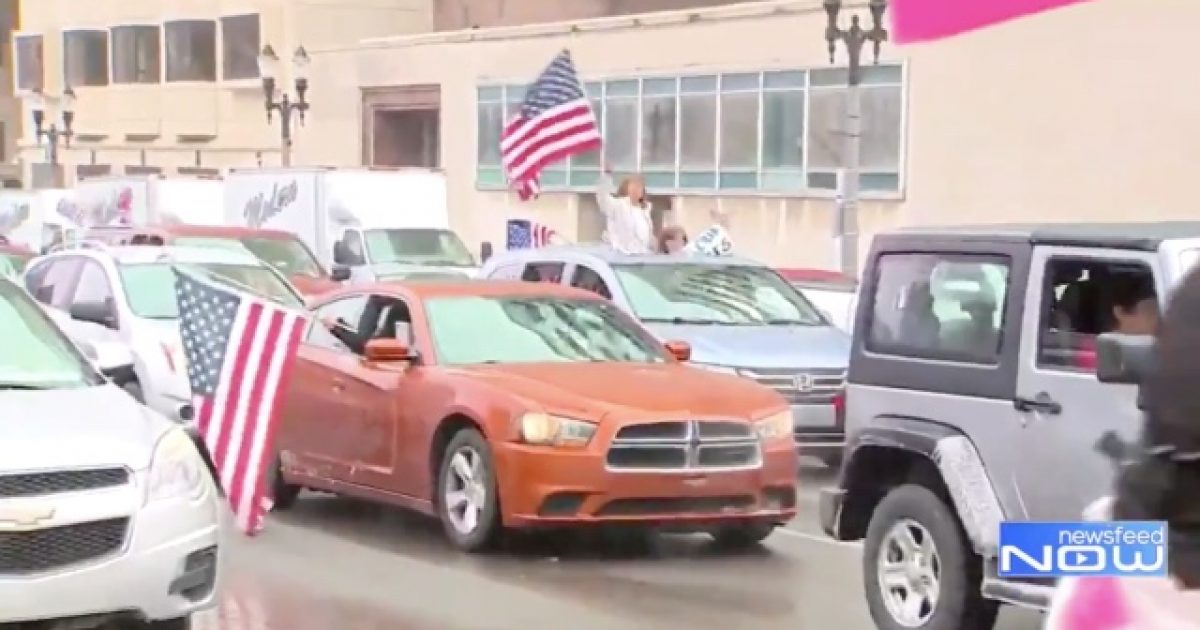 Thousands of Michigan residents who are fed up with the state at home order issued by Gov. Gretchen Whitmer showed up outside of the state capitol building located in Lansing to protest the orders and air their grievances, which used to be a right protected by the First Amendment, but is apparently chucked into the garbage thanks to the coronavirus.

Cars poured into the capital on Wednesday morning to participate in “Operation Gridlock,” to let Whitmer know exactly what they all think of her executive decision to shut down businesses in an attempt to prevent the spread of COVID-19. Many of those in attendance say that Whitmer’s decision has put the economy in danger and want to know how much longer this shutdown is going to continue.

“There is no reason why she can’t be looking at some safe ways to be opening up businesses. Instead of talking about what’s essential and nonessential, let’s talk about what’s safe and not safe,” said Meshawn Maddock, a spokesman for the Michigan Conservative Coalition. “Safe businesses and safe workers need to get back to work.”

Officials with the Conservative Coalition said they have instructed all participants to remain in cars and adhere to social distancing guidelines although video from on-scene shows citizens milling about outside of vehicles. Michigan State Police have reportedly been told to stand down and not arrest the protesters for refusing to follow the public gathering ban.

Whitmer has become public enemy number one in her home state, and to be honest, the rest of the country too. From her decision to try and ban doctors from prescribing hydroxychloroquine as potential treatment for coronavirus on the political basis that President Trump had suggested it, to trying to tell people what they can and cannot buy, this lady is a text book authoritarian who needs to be put in her place.

Hopefully, she’ll get the message from this protest loud and clear.