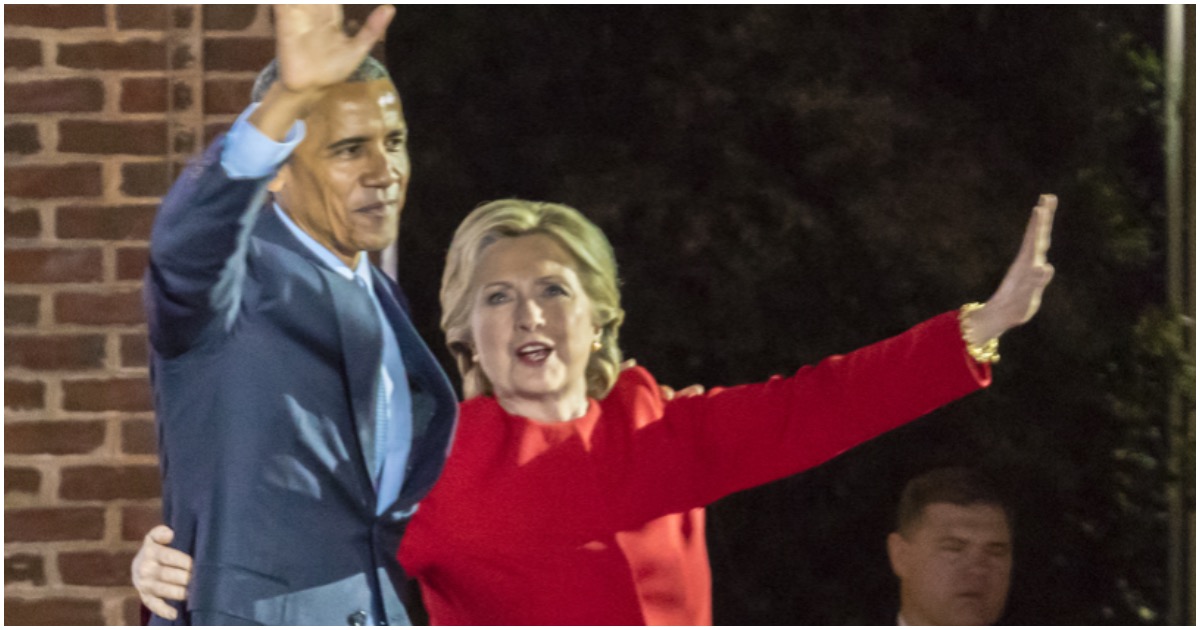 Freedom Caucus Chairman Mark Meadows (R-NC), who is rumored to be President Trump’s next chief of staff, appeared on Fox News’ The Story with Martha MacCallum.

He said three Clinton Foundation whistleblowers with thousands of pages of documents will testify this week – and it should be “explosive.”

MacCallum: “With regard to the investigation, which doesn’t get a lot of attention, into the Clinton foundation, the DOJ designated John Huber to look into this. They have 6,000 pages of evidence that they’ve gone through. The foundation raised $2.5 billion, and they’re looking into potential improprieties. What’s next on this investigation?”

Meadows: “Well, I think for the American people, they want to bring some closure, not just a few sound bites, here or there, so we’re going to be having a hearing this week, not only covering over some of those 6,000 pages that you’re talking about, but hearing directly from three whistleblowers that have actually spent the majority of the last two years investigating this. Some of the allegations they make are quite explosive, Martha and as we just look at the contributions — now everybody’s focused on the contributions for the Clinton Foundation and what has happened just in the last year, but if you look at it, you know, it had a very strong rise, the minute she was selected as Secretary of State — then it dipped down when she was no longer there and then rose again, when she decided to run for president. So there’s all kinds of allegations of you know, pay-to-play and that kind of thing.”

36-year-old Nick Ayers, currently Vice President Pence’s chief of staff, was rumored to be President Trump’s next chief of staff following the departure of General John Kelly at the end of the year.

Ayers is out. More on that below.

Now, the rumored replacement for Kelly is a sitting Republican Congressman.

President Trump has privately been floating the idea of replacing chief of staff John Kelly with Rep. Mark Meadows (R-N.C.), according to Axios.

Ayers, the father of triplets, wanted to leave the administration to be at home in Georgia.

Thank you @realDonaldTrump, @VP, and my great colleagues for the honor to serve our Nation at The White House. I will be departing at the end of the year but will work with the #MAGA team to advance the cause. ???????? #Georgia

A responsible media would be all over this story. Unfortunately, the MSM couldn’t care less.

Three men were charged in an indictment returned Nov. 27 for their roles in a scheme to defraud U.S. Military contracts in Afghanistan, engaging in illegal commerce in Iran, and laundering money internationally. Their conduct was in connection to two multi-million dollar contracts to provide supplies and logistical support to U.S. troops in Afghanistan.

Abul Huda Farouki, 75, of McLean, Virginia; his brother Mazen Farouki, 73, of Boyce, Virginia; and Salah Maarouf, 71, of Fairfax, Virginia, were each charged in an indictment filed in the District of Columbia with two counts of major fraud, one count of conspiracy to violate the restrictions on doing business with Iran, four counts of substantive violations of those restrictions, and one count of conspiracy to commit international money laundering. The defendants made their initial appearance on Nov. 29 before Judge G. Michael Harvey. All were arraigned and pleaded not guilty. The next hearing is scheduled for Dec. 6 before Judge Trevor N. McFadden.

With just one sentence, six words, Rudy made sure Hillary understands that she’s not yet completely out of the woods regarding malfeasance while SecState.

Giuliani: “Of course she should be investigated.”

Giuliani was referring to approximately 30,000 emails on Clinton’s private server that were deleted before investigators could examine them during the probe of her actions while secretary of State during the Obama administration.

Top aides say Hillary may again run for the White House in 2020, despite not being able to walk down a flight of stairs by herself.

Trump Is Laughing All the Way to the Bank After Stormy Ordered to Cut $293,000 Check