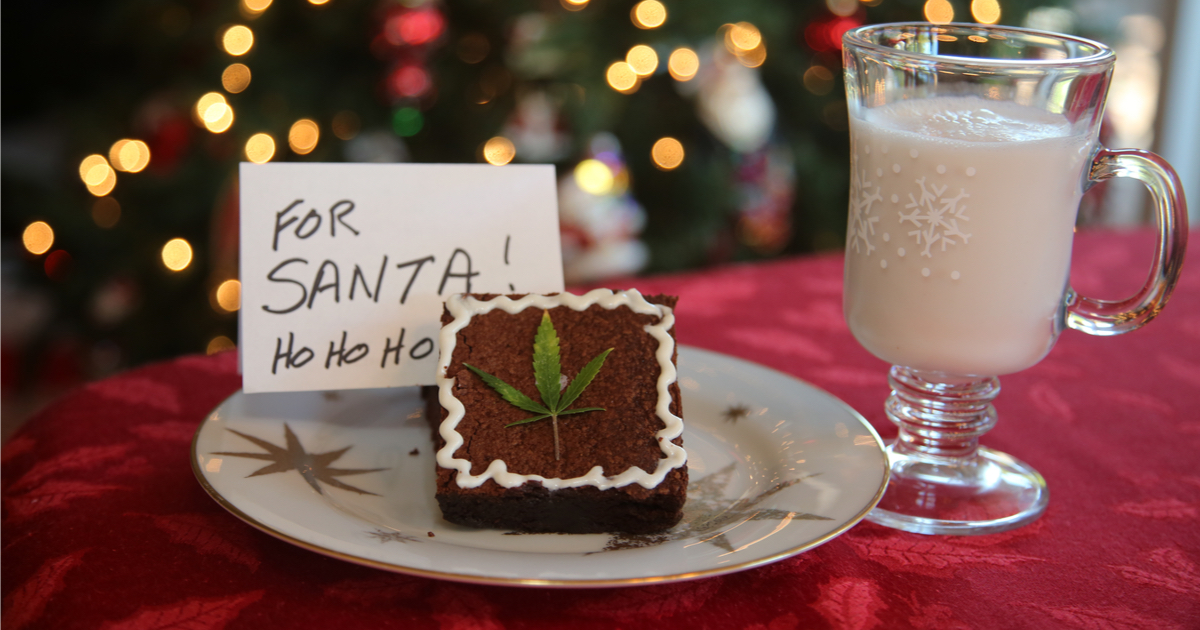 With both Canada already legalizing the plant, and Mexico looking to follow soon after, there is really no point to leaving the United States back in the 20th century on the issue.  The issue of enforcement of these laws will become so intrinsically absurd in North America that police will have no choice but to abandon the idea altogether.

And let’s not forget that over half of the states within our union already have some form of legal, medicinal, or decriminalized marijuana – further compounding the issues of travel and enforcement.

So, it would venture that, as the novelty of legal weed continues to grow, cannabis could become a major economic force for our nation...particularly around the holidays when consumer spending is at its most ferocious.

73-year-old Judy gave the gift of pot to herself, unafraid to vape and smoke inside the lounge at the Magnolia dispensary in Oakland.

She said she has been smoking marijuana since the 1960s, and thought the perfect way to relax on Christmas Eve was to buy some marijuana.

“I just learned about this place a year ago,” Judy said. “I’m doing great now.”

And Judy wasn’t the only one…not by a long shot.

Just like her, dozens of customers have been lining up and packing into Bay Area cannabis dispensaries to buy holiday gifts including gummies, chocolates, cartridges and flowers.

“From the moment we were open at 9 o’clock we had a line,” Magnolia assistant general manager Kysa Butler said. “We’ve been knocking the lines out quickly but they’ve been steady, too.”

Pot presents are pretty popular as many visited for the first time to get gifts. Christopher and his dog Frankie were picking up some edibles and said they make the perfect stocking stuffers.

“It’s definitely unique,” Christopher said. “It just feels like you’re having a snack and then later you want more snacks!”

As I’ve mentioned before; you don’t have to be a fan of using marijuana to be a fan of legalizing marijuana.  The economic power of the prolific plant alone is enough to garner some cheerleaders from even the most sheltered of circles.