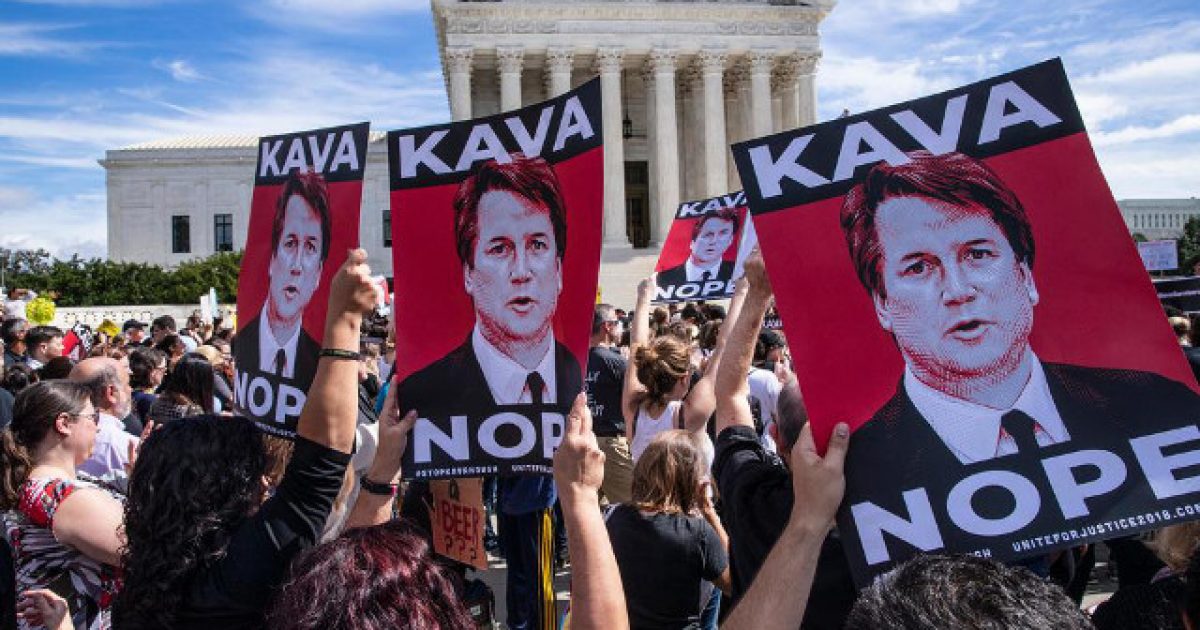 Republican senators held a closed door meeting earlier this week to talk about advancing Brett Kavanaugh’s nomination to the Supreme Court to a final vote and to also address the fact that a number of members are receiving death threats for their support of the judge.

How many times do we hear liberals complaining about the right not having open, rational discussions on issues like this? Tons, right? Yet, it seems as if the progressives are the ones who don’t want to talk and are always ready at the drop of a hat to resort to violence. It’s their go-to tactic.

For more than two years, the country has become more politically polarized and civility has been on a downward trajectory. In recent weeks, a number of members of Congress sounded the alarm after receiving death threats related to the Supreme Court nomination and allegations of sexual assault.

Members of Congress are no strangers to public hostility over hot-button issues like health care, immigration, civil rights or war, but some argued the current atmosphere is different.

Sen. Thom Tillis, R-N.C., a member of the Judiciary Committee confirmed there has been an uptick in worrying activity around the Supreme Court nomination, prompting a broader discussion about member security. “This is not the first of a kind,” he said of members receiving threats from the public. “The level of intensity is probably unlike anything I’ve seen in three and a half years.”

Capitol Police and the House and Senate Sergeants at Arms were not able to provide information on the volume of threats members are facing.

The number of threats they are facing is irrelevant. A single death threat is one too many. If they are able to track down the individuals responsible for these threats, they need to be held accountable for their actions, which includes some jail time.

Let’s hope no one is crazy enough to act on these violent tendencies and people are able to disagree with each other in a civilized manner.

Man Roundhouse Kicks Pro-Life Woman. This is What Happened to Him Immediately After.