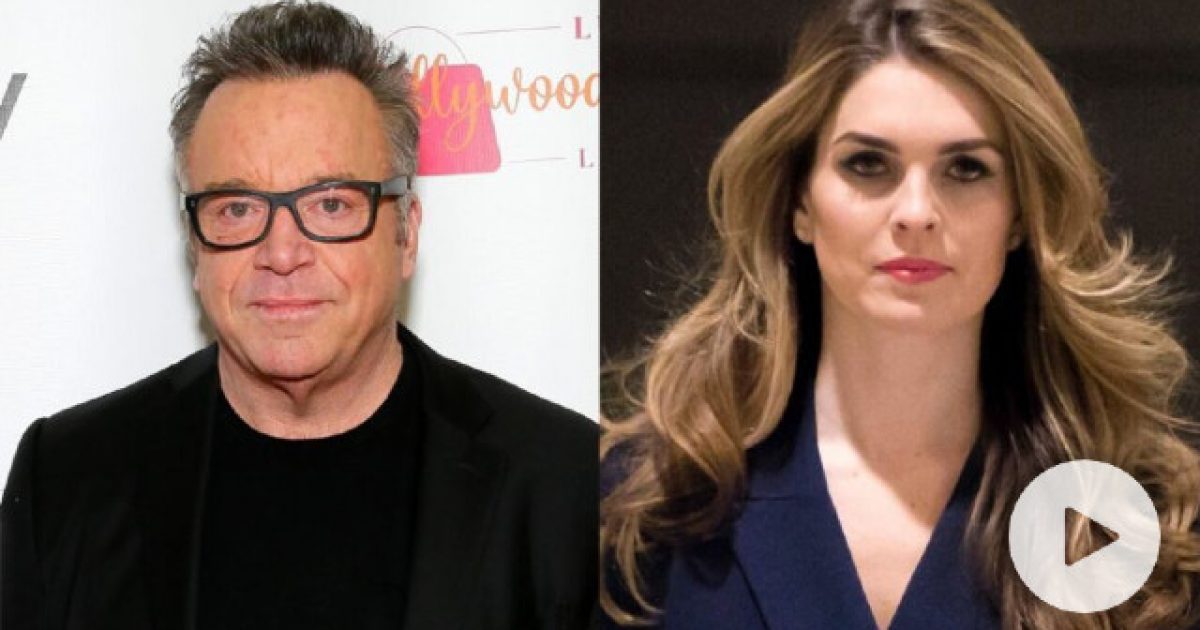 We all know that the vast majority of Hollywood celebrities are brain dead leftists who not only drink the Kool-Aid but gulp that stuff down greedily every opportunity they are given. Which in their line of work is a lot.

While a lot of these actors and executives are almost unbearable in their stupidity, no one is more heinous in his anti-Trump garbage than actor Tom Arnold, who recently posted Hope Hicks’ cell phone number after she tested positive for COVID-19.

Hicks, a counselor to President Trump, tested positive for COVID-19 on Thursday, according to an administration official, and she had traveled with the president a number of times within the last few days.

In a since-deleted tweet, Arnold offered fans an opportunity to speak with Hicks directly.

Arnold has been very outspoken concerning his hatred for President Trump ever since the billionaire won the 2016 presidential election against Hillary Clinton.

Look, you can totally dislike Trump. You can disagree with every policy position and oppose every argument in favor of them made by the administration. But to post someone’s private information without permission, knowing they’ll be harassed is unacceptable behavior. Period.

Arnold should be booted from Twitter for this, but we all know that won’t happen. He’s not a conservative.