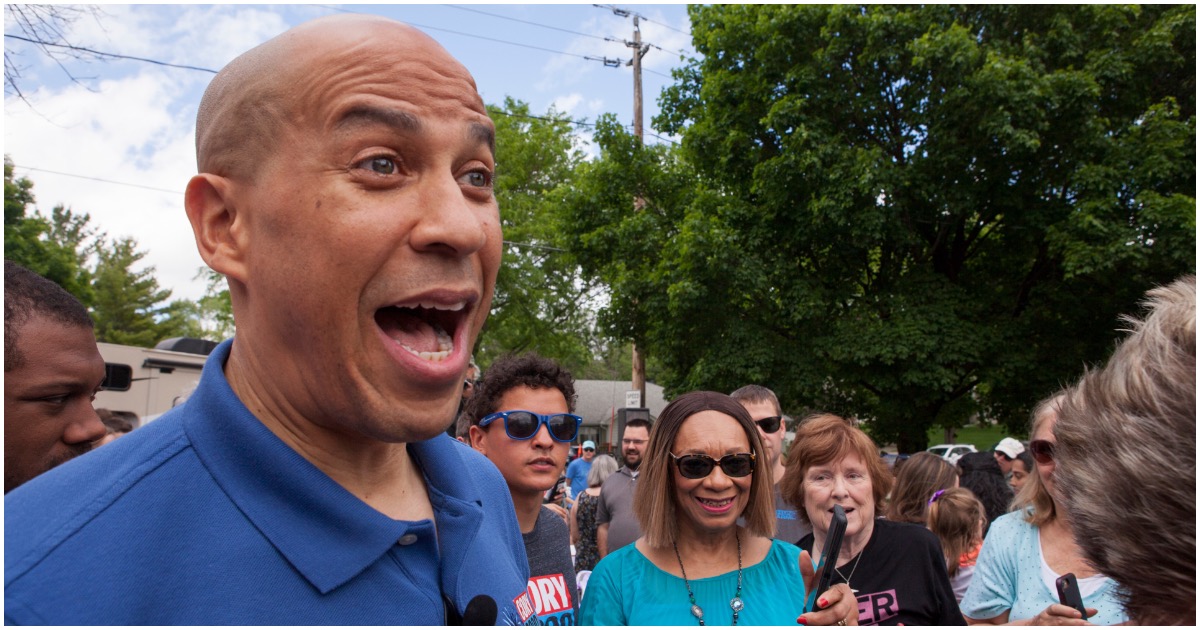 Cory Booker has a lot of ideas.

None of them are good for America or the people who support Booker’s campaign, but ideas nonetheless!

Check out this message from the Booker campaign demanding President Trump cancel an upcoming rally.

Two days before @CoryBooker returns to NH, Donald Trump is planning to hold a rally in Manchester. These rallies serve as a breeding ground for racism and bigotry that inspire white nationalist attacks like the one in El Paso on Saturday. #nhpolitics #fitn

Two days before @CoryBooker returns to NH, Donald Trump is planning to hold a rally in Manchester. These rallies serve as a breeding ground for racism and bigotry that inspire white nationalist attacks like the one in El Paso on Saturday. #nhpolitics #fitn

More on Booker, per Fox News:

Three leading Democratic presidential candidates – all ardent supporters of LGBTQ rights – have made campaign stops in the last two months at a Baptist church led by a controversial Las Vegas pastor who believes that being gay is “enough to send you to hell.”

The Mercury News reported this week on the pastor’s history, noting it’s unclear whether the three candidates knew about his views — which weren’t exactly hidden. The Las Vegas Review-Journal covered the provocative pastor in 2017 and Fowler himself spoke publicly about the subject long before that.

The New Jersey Democrat Senator can’t seem to catch a break in the polls, which has to make you wonder why he even made a bid to begin with.

Back in 2000, Cory said something very interesting about guns.

Either he’s never heard of the Second Amendment or doesn’t care about the United States Constitution.

Both of those things can be true.

The 2020 Democratic presidential candidate made the comments during a July 2000 appearance on CSPAN’s “Washington Journal.” At the time, he was a member of the Newark, New Jersey Municipal Council.

When asked if he would “ban guns,” Booker replied: “I am very much one that is against handguns. And I know, in my urban environment, I see little to no need for guns at all, and I think that the availability of guns and the ease with which even young people can get their hands on them is just horrendous, and I would, if I had the power to do so, I would. In fact, we’re even looking towards making, doing some local level handgun legislation. I’m going to take every step I can to get guns of the hands of those who commit crimes or those who might commit crimes.”

It is not patriotic to stand for the national anthem.

It is also not patriotic to believe America is number one OR that police officers provide a valuable service to the community OR to abide by the Constitution.

However, it is patriotic to raise taxes.

Booker does not deny he is going to raise taxes, cites “patriotism” to justify ithttps://t.co/7uA83FvD10 pic.twitter.com/qlzHsBewJ9

Bye, Cory. Thanks for running.

It has been a blast!