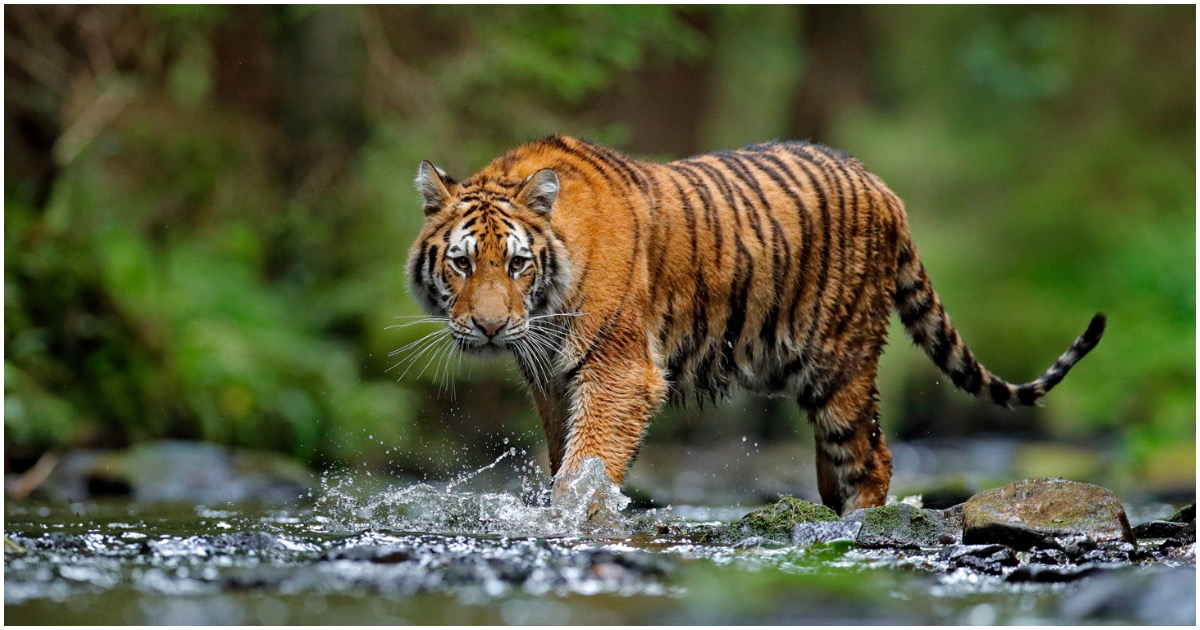 Because of “climate change” or “global warming” or “climate crisis” or whatever they are calling it today, people may soon need to watch for man-eating tigers.

Who sits around and comes up with this stuff?

The theory has to be that “climate change” will kill off certain species so tigers will need to look to other sources for food, but come on.

Another thing that [“man-eating” Indian tigress] Avni’s story makes clear is the role of human policies in exacerbating, if not actually creating, human-animal conflict. There is a very high probability that a controversial ban on slaughtering cattle in the state of Maharashtra, where Avni lived, had a big role to play in the creation of this so-called man-eater.

Perhaps Avni was attracted to villages for the potential prey of defenseless humans, which are becoming more and more attractive in the context of animal extinction and a rapidly depleting prey base. But as several news outlets have noted, what is much more likely is that she was attracted to human settlements to hunt the plentiful cattle available. A direct effect of the beef ban, then, is the horrifying fact that humans have become the prey of a predator in lieu of cows.

This is the future libs want

A week ago it was “climate change is reducing tiger numbers,” so this may work out roughly even, from the Indian villager point of view.

A week ago it was "climate change is reducing tiger numbers," so this may work out roughly even, from the Indian villager point of view.

She aims to support an equally radical far-left liberal like herself in the 2020 presidential election.

A day after calling Republicans “sea sponges” for believing she was serious when she said “the world is gonna end in 12 years if we don’t address climate change,” democratic socialist Rep. Alexandria Ocasio-Cortez took clear aim at a key figure on her side of the aisle: Democratic frontrunner Joe Biden, who is reportedly working on plans to provide a “middle ground” approach to address the “existential threat.”

“I’ll be damned if the same politicians who refused to act (in past decades) are going to try to come back today and say we need a ‘middle of the road’ approach to save our lives,” Ocasio-Cortez declared at a rally Monday hosted by the radical left Sunrise Movement, the same group the incoming congresswoman joined in a sit-in protest at the office of presumptive Democratic House leader Nancy Pelosi just days after getting elected last year.